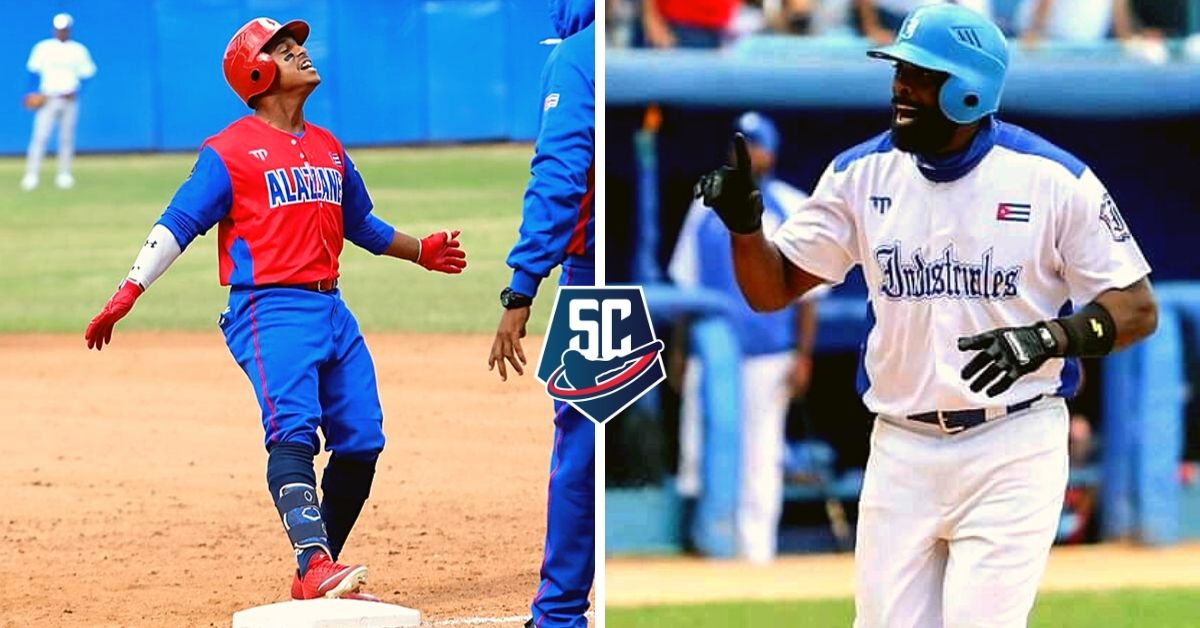 In another day of the National Series featuring a ferocious offensive, the teams from Industriales and Granma asserted their favor against Guantánamo and Artemisa, respectively. Meanwhile, the Isle of Youth ended the Santiago pitching.

The current champions of Cuban baseball, the Alazanes de Granma defeated the Cazadores de Artemisa, in the second match of the sub-series that is held in the “Mártires de Barbados”. After suffering a beating in the first game, Carlos Martí designated Yunier Castillo as the “workhorse”. Meanwhile, the visitors depended on the experienced Misael Villa.

The local starter worked five and a third innings, in which he allowed eight hits and only two runs, one of them dirty. Despite the good work, the offensive response of his team came after he was relegated from the mound, so the success went to reliever Kelbis Rodríguez, who acted against 12 rivals in three and two-thirds of an inning and did not allow freedoms to the artemiseño batters. Villa, for his part, suffered his fifth loss of the season.

The production of the home team was led by the veteran Carlos Benítez. The designated hitter had a pair of hits in three official visits to the batting cage, including a home run. Also, Darién Palma shone with the wood, connecting two hits in four turns, with two trailers.

For the losers, Dayán García hit three hits and missed once during the nine innings, raising his offensive average. The shortstop, Daniel López, stood out in the batter’s box, with a pair of hits and an RBI.

At the Nguyen Van Troi stadium, the Leones de Industriales got even with the Guantánamo Indians in a one-on-one match. The match remained close until the end, but finally those from the capital took control eight goals for five.

Marcos Ortega was the one assigned to get on the mound for the Blues, who could only hold out for three and a third innings, during which time he allowed three runs and four hits. Once again it did not work as planned by the team management and the victory finally went to Elder Nodal, while the save went to Andy Vargas.

The Guantanamo players put Alexander Valiente as starter, but he was not lucky and left the mound in the third chapter, however, the defeat went to Orlandis Martínez.

The first baseman Yasiel Santoya (4-3) and Juan Carlos Torriente (3-2) stood out for the feline offense, who drove in three of the eight runs. Meanwhile, for those from eastern Cuba, Yoandri Guibert, Luis Ángel Sanchéz and Luis Robert Delgado were the ones who had the most effectiveness with the wood in hand.

The Pirates of the Isle of Youth surprised with a powerful production of indisputable players (22) and managed to beat the Avispas de Santiago as visitors. With a score of 15 annotations for six, those from the special municipality continue their good pace among the advanced squad in the 61st National Baseball Series.

Luis Felipe Rivera with two hits registered a new mark in his statistics, and now with 2031 he leads the historical list of pineros with the most hits. In addition, Eliseo Rojas, Yasmani Viera and catcher Jordanys Acebal had a great afternoon. At the same time, for the losers Santiago Torres disappeared the ball at the beginning of the game, as well as Dasiel Sevila, on a perfect afternoon, together with Rubens Sanchéz, they brought five of their teammates to home plate.

The starting pitcher for the Pirates was Dorvis Navarro, who only lasted two and a third innings when he was replaced by Luis Padrino and the winner turned out to be the winner with the help of Kendry Hernández (7). For those of the hot land, the experienced Alberto Bisset was charged with defeat.

In other matches of the day, Holguín beat Pinar del Río 9×7, Cienfuegos beat Santi Spíritus, Ciego de Ávila 8×4 beat Villa Clara; while Mayabeque and Las Tunas have not played this sub-series due to suspicions of possible positive cases of covid-19.