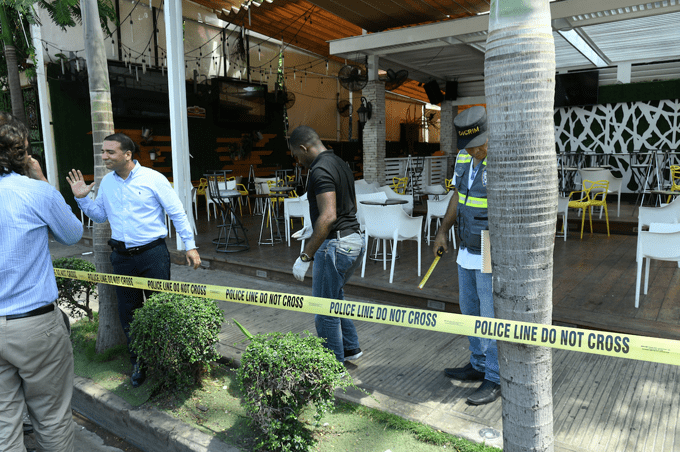 The shocking news that the baseball star David Ortiz, the Big Papi, had been wounded by several shots, upset the national conscience on the night of June 19, 2019, many of us could not believe what we read on the networks and in the newspapers .

A similar impact has been the revelation made by the Boston Globe, of the findings of the investigation of the former police chief of that city, Ed Davis, in the role of investigator, private detective, it is better to say.

He is not just any detective, he is not someone who learned these arts by correspondence, he is an experienced investigator and former police chief of a major city in the United States, with multiple awards, aided by a former CIA officer, Ric Prado, those of the CIA won’t know anything else, but they know about obtaining information. What they reveal, the controversial lawyer and social media figure, Carlos Rubio, had already said shortly after the fact, which does not lessen the impact that their revelations have on society as a whole.

The fact that a private detective discovers what the police forces do not see is not new, in our country this type of service is not usual, but in the United States, England and other countries it is quite common and if it were missing more, the pages of the Literature is full of these characters, the most famous Sherlock Holmes by Sir Arthur Conan Doyle, Hercule Poirot and Miss Marple by Agatha Christie, C. Auguste Dupin by Edgar Allan Poe, Commissioner Maigret by Georges Simenon and many others.

For many people the official theory of confusion was always weak, how do you confuse a 6 foot 3 inch, 230 pound mastodon, even if sitting down, with a common man 6 or 7 inches smaller, and 50 or 80 pounds less? ?

Following the line of reasoning of the most famous detectives in literature, the first thing that should be analyzed is the motives, an aspect in which, what Davis and Ortiz himself revealed to the Globe do not clear up all doubts, it would be necessary to help the theory of the case of Carlos Rubio again, who argues that jealousy would have been the reason for César Peralta, the Abuser, to order the death of the star and a member of the Cooperstown Hall of Fame. That he would have taken a girlfriend from her and would have joked about it in a WhatsApp group, he says, probably without wanting to offend, but to show off, one thinks. In short, more than enough reason for a figure of such influence and money to feel “disrespected”, a word that does appear in the investigation.

As Poirot would say: “Life, Mr. Welman, whatever it is, is not reasonable.”

The greatest piece of conviction in relation to the attempt to hide the intellectual author of the attack, is for us, the testimony of David Ortiz’s father. It leaves no room for doubt.

The Public Ministry does well to request investigations from the detectives, analyze them and weigh the facts, it is enough of an affront that there has been an attack against a glory of the national sport.

The country deserves the truth.

The impact of the David Ortiz detective revelations