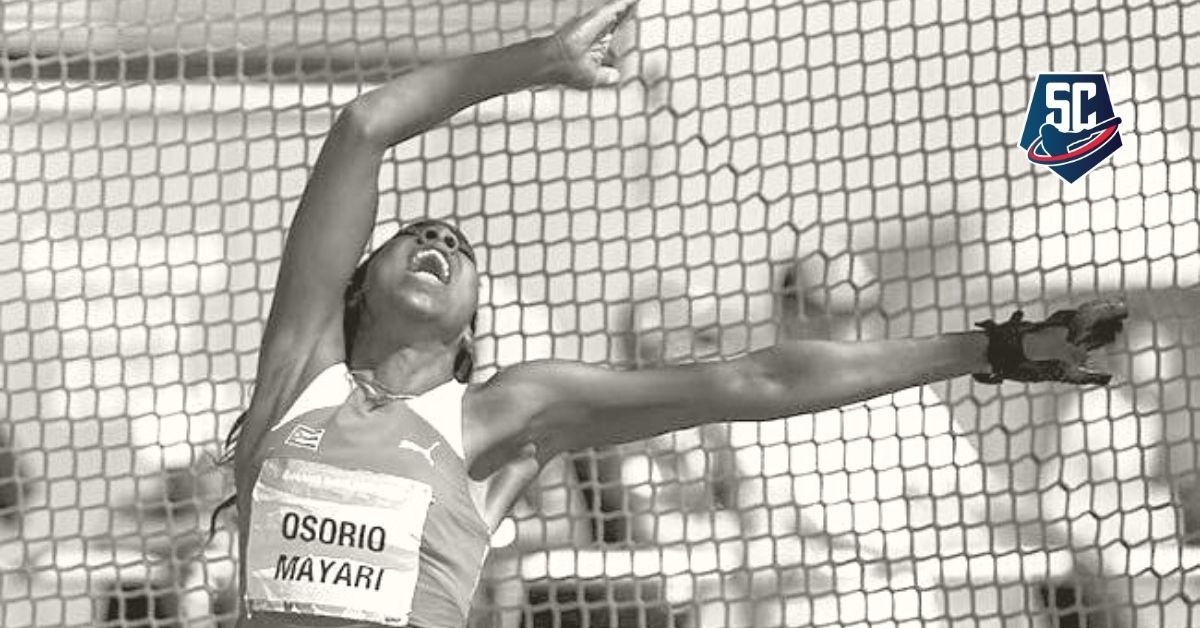 Several press media have already been echoing the news published by an INDER official from Camagüey, Reynaldo Varona Martínez about the death of the hammer thrower with the most future Cuba had.

Alegna Osorio, from Camagüey, died this Tuesday after several months of intense struggle by her and the medical staff that tried to reverse an extremely serious injury that she had suffered since April at the Pan-American stadium in Havana.

With just 19 years and a record where the bronze medals in the Olympic Games of the Youth and the Pan American of the junior category, the young woman showed an indisputable progression. Not a few foreshadowed that through it, the tradition of the specialty could be recovered in the future, where the great historical figure of Cuba has also been Yipsy Moreno, the current national commissioner of this sport.

It is no secret, despite the fact that the information never came out through the official press, that Alegna had accidentally suffered a cranial damage with a hammer, and during all this time she was in a delicate state until the final heartbreaking moment for her, her relatives and friends.

However, about what really happened and the responsibility of each party involved in the “accident” almost nothing was said beyond the athlete’s personal context or those directly related to Cuban athletics.

According to information from a colleague from the Island closely linked to the so-called beautiful sport (we protect his name for obvious reasons and more so in these times), and which we were later able to confirm with a source within the National Commission of the discipline, the “hammer blow ”That Osorio suffered in the skull had a high dose of negligence and not precisely of it.

It turns out that the male group of hammer players was training outside the main athletic facility in the Cuban capital as opposed to doing it inside as usual.

But the seriousness of the matter did not lie in the training outside the stadium, but rather it was developed without the sufficient protection that this type of modality requires. In other words, the cage was not being used and when the implement of one of the athletes escaped (we decided not to put the name to avoid that many condemn him for something for which he was responsible but not guilty).

The decision to leave the stadium was an initiative of the coaches themselves due to certain difficulties in the center of the oval of the place that opened and closed the 1991 Pan American Games, and the failure to take the precaution of also removing the cage was motivated by the absence of the technical means to do it in a short time.

However, these determinations had the consent of the National Athletics Commission, so the negligence concerns both parties.

The escape of the hammer coincided in time and place with Alegna, who was passing by the side of the training area at that moment. She was automatically unconscious and was hospitalized in the “Naval”, the closest medical center, being less than five minutes away by transport.

From the beginning his prognosis was reserved, with moments of improvement that, together with having survived death for days, weeks and even months, many thought that although he would not return to sport, at least it could save his life. However, the internal traumas were so severe that on July 28 the fight ended with the bitter end possible.

«Camagüey sports are mourning the death of the young martillista Alegna Osorio Mayarí. The medalist of the Youth Olympic Games He was struggling during the last months to overcome the coma and the affectations that caused him an accident with an implement of his sportbut last night he couldn’t continue. Light for our champion “, wrote the sports journalist Félix Anazco, of the newspaper Go ahead, one of the few to report in recent months on the evolution of the young woman.

Until 8:30 pm, the Jit site, INDER’s official publication, had not said anything about the matter, something unheard of when many media have spoken, even though its note was not going to give too many details of what happened.

Today many are sending condolences and condolences, but those responsible for this misfortune can do nothing but publicly apologize, admitting the gross mistake they made. Unfortunately, sometimes pride is stronger than humility, and although there are those who think that this complaint is making firewood from the fallen tree, more than anything it is to clarify with all the words that negligence carries a life that today practically costs a girl her life.

Swing Completo does not intend to sow hatred, but it does mean that justice prevails and that people who make mistakes in one way or another as painful as the case in question, have enough courage and humility to ask everyone for forgiveness. In addition, knowing this type of truth prevents tomorrow from having to mourn another victim for a totally avoidable accident.