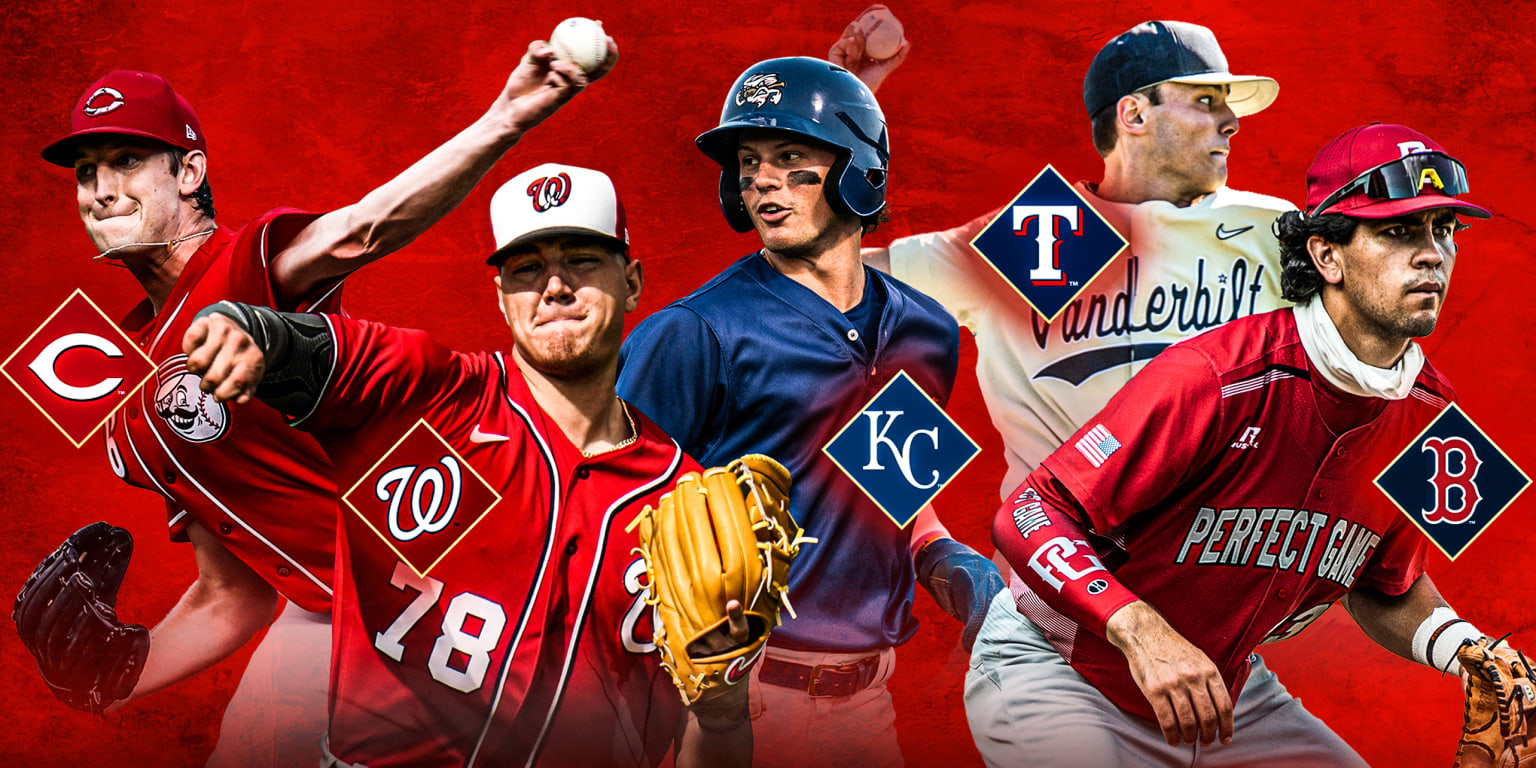 Twice a year, MLB Pipeline ranks the 30 major league farms. The first ranking occurs before the season begins, and in the summer it is modified to reflect changes such as players who “graduated” to the majors and trades, plus acquisitions in the amateur draft and international signings.

Here’s a look at the five teams that made the biggest leaps in our rankings over the course of the year.

It’s never a good thing to end up with one of the worst records in the major leagues, especially in a city like Boston where the expectation is for the team to be competitive every year. But because they had a difficult 2020, the Red Sox made the fourth pick in the 2021 Amateur Draft. Thanks to that, they added shortstop Marcelo Mayer, who led the MLB Pipeline ranking of talent available in the Draft. Added to that are strong campaigns by Triston Casas, Jarren Durán, Nicke Yorke and Brayan Bello.

The Rangers’ estate is looking increasingly interesting, anchored by the team’s last four first-round picks, all of which are in the Top 100. The list is headed by Jack Leiter, the second pick in the 2021 Draft, followed by Josh Jung (2019), Cole Winn (2018) and Justin Foscue (2020). The Texas ninth has also added interesting talent via trade (Dominican infielder Ezequiel Durán, courtesy of the Yankees, comes to mind after his great performance in the Arizona Fall League) and through international signings. The big team is still going through a difficult stretch, but will have the third selection in the 2022 Amateur Draft, which represents another opportunity to acquire some luxury talent.

The Nationals spent a lot of time at the bottom of our rankings, beginning before the 2020 season. When the organization decided it would not fight in 2021, and pledged to sell as the trade deadline approached, the result was a great depth, Almost a third of the club’s Top 30 came via the switch in 2021. That list is headed by Venezuelan catcher Keibert Ruiz, a recent graduate, and right-hander Josiah Gray. Both came from the Dodgers in the trade that sent Max Scherzer and Trea Turner to Los Angeles. Washington’s system has been bolstered by the last two first-round picks in the amateur draft, pitcher Cade Cavalli (2020) and infielder Brady House (2021).

When the 2020 season began, the Royals were ranked 17th and are now in the Top 5. Although there have been other clubs that have taken a bigger leap in the rankings, Kansas City deserves to be here for the high-impact potential. . Having Bobby Witt Jr. is enough, and the fact that he made the jump from Double-A to Triple-A in what was his first full season and nearly managed a 30-30 season helps. But the Royals also featured standout performances from prospects like catcher MJ Melendez, who led the minor leagues in home runs, and first baseman Nick Pratto, who also played well on two levels of the farm. And six of the players selected by the Royals in the 2021 amateur draft are now in the club’s Top 30.

In 2020, the Reds were in the bottom third of the rankings. They then rose to the Top 20 before the 2021 season began and are now in the Top 10, while Jonathan India, a product of his farm, comes from being recognized as the Rookie of the Year in the National League in 2021 It helps to have two pitching prospects reach Triple-A – Nick Lodolo and Hunter Greene, who came back with everything after Tommy John surgery – as well as his 2021 first-round pick, Matt McClain.

The five farms that have improved the most