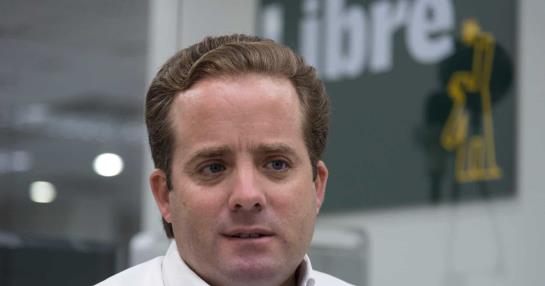 “When you die, people cry and beg you to come back. And when you’re alive, they don’t even remember you”Anonymous“

Baseball fans in the Southern Region wonder why they don’t have a professional baseball team in a country with an immensity of professional players without military personnel in the six teams that make up the fall-winter circuit. Every time I hear the brilliant analyst José La Luz in “Zol de la Mañana” claiming a team for the South zone, I remember that this region had its team, the Caimanes del, Sur in San Cristóbal and could not maintain the franchise for economic reasons. There are players for “pi pà”, but not investors and here Dr. Polo’s saying “Case Closed” is valid.

And I can talk about the Caimanes del Sur because I was its promoter and worked as a commentator on “La CadenaMarron” with Servio Tulio Mancebo and Máximo Lovatón Ginebra.

Now the case of Puerto Plata is once again on the table and brother Nathanael Pérez Neró recalled yesterday in this newspaper that José Ignacio Paliza, Administrative Minister of the Presidency, said 15 months ago: “The only thing left is for them to tell us what we have to do. What should we look for, how should we organize ourselves, what is required, here is the province of Puerto Plata almost fully unified around the idea that Puerto Plata has the Pirates of the Atlantic”.

One thing is the heat of politics and another is the color of laws.

On November 23, 2005, three articles of Law 98-97, which creates two new franchises for the practice of professional winter baseball, were declared unconstitutional by the Supreme Court of Justice (SCJ). The decision affects the teams of the Gigantes del Nordeste, from San Francisco de Macorís and Delfines del Atlántico, from Puerto Plata.

On February 2, 2001, Dr. Leonardo Matos Berrido filed an application with the Supreme Court of Justice (SCJ), through his special attorney, Dr. Sergio Germán Medrano, requesting that Law 98-97 be declared unconstitutional. Indeed, on November 23, 2005, the Supreme Court of Justice evacuated a historic sentence, declaring unconstitutional the power of the National Congress to impose any team on an incorporated society such as the Dominican League.

What this contribution from Dr. Matos means is that as of that ruling, no legislator can submit any bill that seeks to create a new franchise to participate in the Lidom, but only this institution, on its own initiative, can do it. Clearer, neither the water.

“For these reasons, it declares that articles 1, 2 and 8 of Law 98-97, of May 13, 1997, are not in accordance with the Constitution of the Republic, only with regard to the addition of two new franchises of baseball teams to the winter championships organized by the Professional Baseball League of the Dominican Republic incorporated in it”, refers to the decision of the SCJ. The ruling clarifies that with respect to the other provisions of the aforementioned legislation, they are not contrary to the Constitution of the Republic.

Article 1 of Law 98-97 quotes verbatim: “Two new franchises are created for the practice of professional winter baseball in the Dominican Republic, in addition to the already existing ones enjoyed by the associations that own the Lions of the Chosen teams, Tigres del Licey, Águilas Cibaeñas, Estrellas Orientales, Caimanes del Sur and Azucareros del Este.

The expansion is a unique and exclusive theme of the Lidom.

Let’s not forget that the Delfines del Atlántico held a meeting with the press in 1992, they presented their logo, their uniforms, they had Ramón Peña as general manager who announced Alan Trammell as manager. The Atlantic Dolphins were never able to participate in Dominican baseball.

For the record, I support the expansion, but I refuse to make one dizzy with siren songs, that’s why I don’t believe in those who fix dreams. Calderón de la Barca said it a while ago: What is life? a frenzy What is life? An illusion, a shadow, a fiction, and the greatest good is small; that all life is a dream, and dreams are dreams”.

The expansion is Lidom who decides it