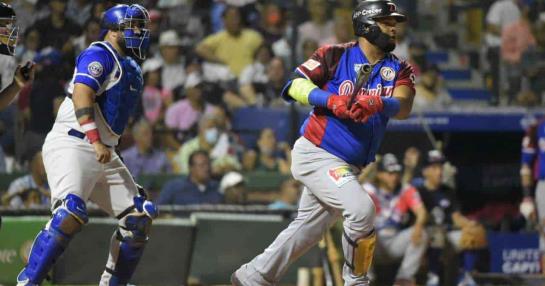 The Dominican Republic passes with high marks the assembly of the Caribbean Series, as it had not happened for decades. At the technical level, the competition, the influx of fans and the visit of tourists are visible to all and the organizers assure that the marketing has been up to the task.

Hence, both the organizers and the lidom has taken by surprise the announcements made by the Caribbean Professional Baseball Confederation (CBPC) since January 14, where it reports that the event will not return to Dominican soil until 2028 or 2029.

Virgilio Rojo, a publicist linked to the baseball business for more than two decades and who has the rights to market it for five years, raised his voice so that the tournament maintains its four-year rotation.

“I really do not understand what the Confederation is doing because the sample that the Dominican public is giving, the brands already show that this market is 100% prepared to support an upcoming event on the date that really corresponds to us, which is four years,” Red said.

The last time the tournament was played on Dominican soil was in 2016. Just 24,319 (3,474 per day) flocked to the park during the series that year, one of the worst in the six-decade history of the Caribbean classic. Only 3,007 entered the final between Aragua and Mazatlán paying tickets.

“I don’t understand why, what is the reason why the Confederation is moving the calendar for so long because the sample is there. The Dominican market already supports this type of event and we can do it fully as it corresponds, which is every four years,” said Rojo.

For 2023 the appointment is Caracas and La Guaira, Venezuela, in 2024 it goes to Miami, in 2025 to Mexicali, Mexico; in 2026 to Bayamón, Puerto Rico, and in 2027 to Hermosillo, Mexico. In 2028 it would return to the Dominican Republic, but the CBPC is considering handing over the venue to Miami, a decision that the Dominican and Mexican leagues do not like.

“Dominicans should not allow the calendar to be so extensive to relive an event like this, our market is ready to present another evening in four years,” said Rojo, who in the fall-winter ball markets Dominicans. Cibao Giants.

“Very grateful for everything that is happening, first with God, second with the brands that have given their support and above all the fans that have responded greatly by breaking the perception, breaking the paradigm because of the perception that if there was no team of the capital Caribbean Series it would not be a success, the opposite has been shown,” said Rojo.

He explained that there was a fear that in the capital staying out of the final the fans of Greater Santo Domingo could disconnect, but the opposite happened. Games like the Venezuelan Magallanes against the Dominican Giants sold out on Monday and he dares to assure that the visit of Mexican tourists (the great entertainers between the different venues) must be the highest since he works in baseball.

“That Puerto Rico is not in the semifinal does not affect anything. The Dominican public is following the Dominican Republic no matter who they play with. I think the campaign we did to sell Dominican identity, to support the Dominican team, has worked quite a bit and the results are there,” said Rojo, who also manages the image of the immortal Vladimir Guerrero.