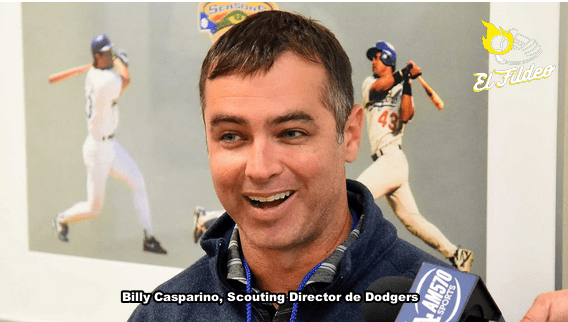 The first half of July is gone and with it three events that for the MLB represents the best of your present and simultaneously the best of your future. Along with the All-Star Game and the Future All-Star Game, and not so often by the average fan, the 2021 Draft passed. To tell you how it ended for the Dodgers of the Angels we will spend a few minutes.

We start by recapping. A first day with the selection of the first pick and the young left-handed man from Maddux Bruns High School getting the opportunity to arrive very early and a second day with 8 selections of pitchers to add to his Development Farm.

That being said, Dodgers on the last day they were not out of tune, and although they made some exceptions with position players, they stood firm by selecting prospective pitchers.

Only shortstop Michael Sirota (16th round and 492nd pick) and outfielder Damon Keith (18th round and 552nd pick) got off the trend. They are both right-handed hitters, over six feet tall and 185 pounds. Sirota also has the peculiarity of coming directly from High School, so even with that height and weight he has a lot of potential for change.

According to Billy Casparino, responsible for organizing the Dodgers of the Los Angeles of the preparation of the drafts his signature could be very difficult because he has a wide possibility of choosing to go to university and later arrive at the firm as a professional in better conditions and with a better economic bonus.

The other 8 selected in the last day, four left-handed pitchers and right-hander box. All with the perfect somatotype to develop, being the “little ones” of the group Ben Casparius and Madison Jefrrey with “only six feet tall and more than 190 pounds”.

#Dodgers used 17 of 19 picks in the #MLBDraft on pitchers.

“As we continued to advance the interesting position players were ahead of what our shifts allowed us to do,” Billy said of not picking more position men. “There was no intentionality. We went step by step and in the end, when we summarized we realized that almost all of them were pitchers ”.

Draft finished today. #Dodgers took pitchers with 17 of their 19 picks. Scouting director Billy Gasparino: “There definitely wasn’t any intent. It just kind of kept happening, happening, happening. Then you look up at the total and you’re like, ‘Oh my God, we took all pitchers'”