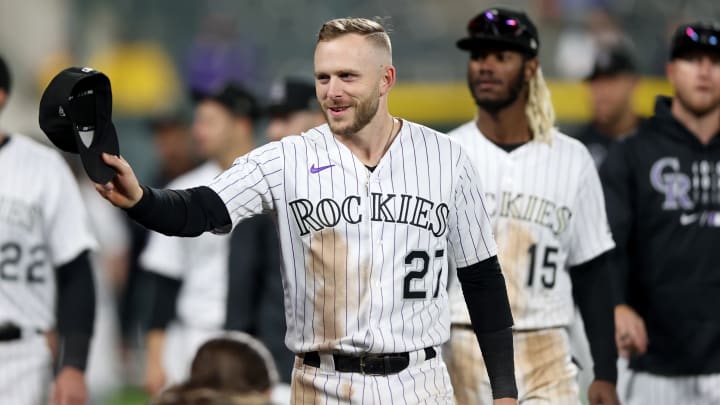 The Boston Red Sox They made a very smart move last weekend when they signed shortstop Trevor Story to a six-year, $140 million deal, cementing their position going forward and sending a clear message to Xander Bogaerts: “We have the shortstop covered and we will not give in to your demands.”

Story he’ll be the Red Sox’ regular second baseman in 2022 and would only move to shortstop if Bogaerts decides to opt out of his contract for the 2023 season in search of a better deal in free agency. It is known that the Red Sox have not prospered in negotiations with the Aruban, who closed a 6-year, $120 million deal, which allows him to get out of it for the next harvest.

Bogaerts earns 20 million dollars a year, but in his environment it is believed that he can increase his salary by trying the next free agency, especially seeing his performance and superstar numbers.

Bogaerts is a star and his 3 All-Star Game assists, 4 Silver Sluggers and two World Series wins make him believe, with proof in hand, that his time in Boston it could end in 2022. The message of Story’s hiring is clear, and if he wants to earn more money, he will have to go to another organization.

“Story is one of my top 5 favorite shortstops in the MLB. He is a 5 tool player. He’s fantastic,” Bogaerts told Marly Rivera upon learning that he would have competition in 2022. “I feel comfortable with Story. Having him will make us a better team. Hopefully he helps me out in the infield all year. I haven’t talked to Alex Cora about anything related to Story,” he clarified.

The Red Sox are being careful with every step they take. Convince Story Being a second baseman for a season not only allows them to have a better infield, but also to take care of their new reinforcement – given his history of injuries – in a less demanding position. He also lets Bogaerts know that if he stayed he would be the starting shortstop, giving him a show of respect, despite bringing him competition.

Story will be ready to take over from Bogaerts if Boston needs him. Now it’s up to Bogaerts to decide if he stays or goes, and if it’s really worth leaving a team he’s been with his entire career (9 years) for a few more zeros on his annual paycheck.