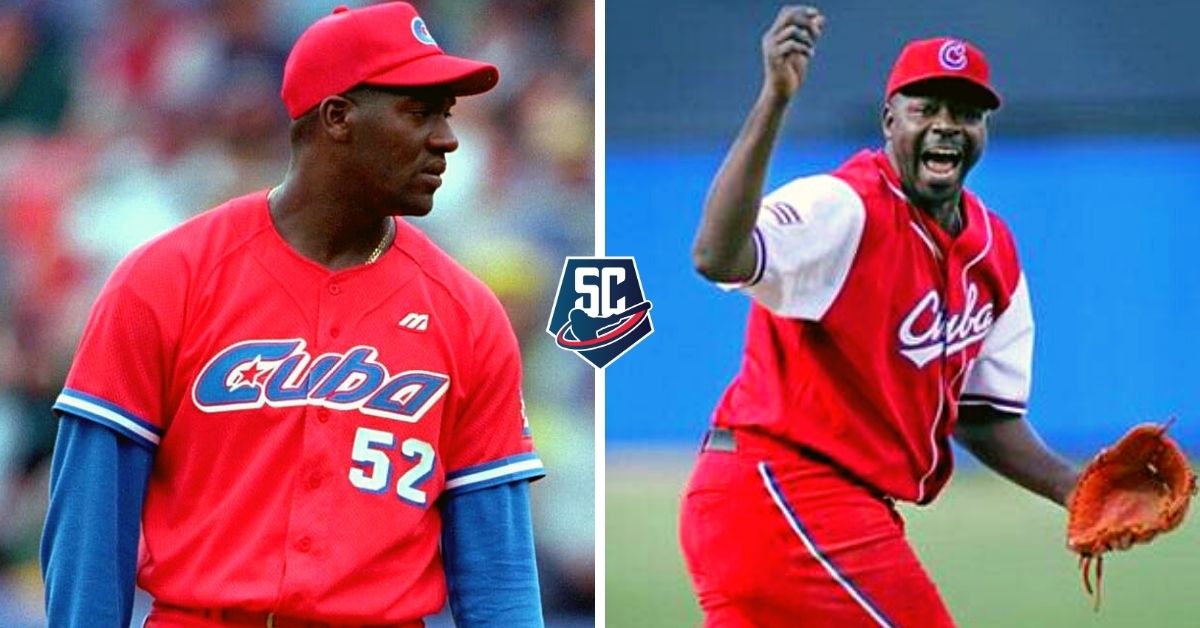 Friendship is a treasure that has more and more relevance in these times. The brotherhood that transcends over the years is, without a doubt, one of the greatest fortunes that a human being can have.

To the joy of all baseball fans, we have witnessed great friendships on and off the baseball field, which have happily colored our enjoyment of the sport of balls and strikes, because the scope of baseball certainly goes beyond pitching. the ball and hit it with a bat as far as possible.

Baseball itself is so wonderful that over the years we only keep moments and anecdotes that do not age over time, lived experiences that mark us permanently, because it is impossible to forget that magical day in the stands of the stadium when the ball supersonically passed by above our humanity to be impacted with the force of the swing of Alfredo Despaigne or of Yulieski Gurriel and immediately becoming a magnificent home run.

You may also like: “Mattress, microwave and house, BUT …” Industriales player CONFESSED about STIMULOS in National Series

Because in those moments we not only enjoyed the game that we are so passionate about, we also met our second or third love, which although it was not the first, for us it was the most special. How not to mention that peculiar meeting with our lifelong friends, those from the neighborhood, those from elementary school, those who are far away but are always there, because the ball stadium was a temple for enjoyment with our brothers and sisters forever.

My dear reader, with this small reflection you have surely felt identified, because we are sure that baseball is much more than a sport, it is something that permeates our feelings and makes us live in a different way.

Just as we feel baseball, so do the protagonists of this article. Well, today we especially share with you one of the nicest and most pleasant moments that we live in our stellar night space. We talked about the day Full Swing Show dressed up in the presence of Jose Ariel Contreras and Peter Louis Lazo.

You may also like: INTENTIONAL Pitch Tie Spoke: “I removed him from baseball, he didn’t play anymore, well deserved”

Where among so many anecdotes and extraordinary moments that these great figures of Cuban baseball lived, they jokingly mentioned some experiences with Cuban cigar boxes and baseballs.

Yes, because before being renowned personalities of our national pastime, they are human beings and great friends, with virtues and defects, with good feelings and different personalities, with difficulties to face and pleasant moments to live to share with all of us, as if That neighborhood friend who you always count on in the most complicated moments did it.

We hope that you also receive the experiences shared here in a fun way, without introducing taboos and misplaced judgments. Without further delay, we bring you these comic stories from the hands of their protagonists.

Lazo you who smoke tobacco. How did you manage not to smoke when the tobacco boxes were taken “outside”?

“The boxes were to sell, what we brought for us were the 25-packs, the ones from the warehouse.”

You may also like: “Get ready that you are the center field of the CLASSIC”, the incredible PREDICTION of the father of the Cuban major leagues

«Look at how we put tobacco, that as we had enough sometimes you left it in half and took another. We put them in some little holes so that when a toothpick was finished, put it on the end of the tobacco and light it, look how we were, what those times were».

Regarding the question, Contreras replied:

«The next day we had burned lips hahaha. But we didn’t even open a box. The other time I said that I took them out, but I was embarrassed to sell them».

«We had eight “Ronda” porrones, we bought a Coca Cola and we mixed it up. People told us hey they have Pinar del Rio whiskey over there hahaha ».

“In the ’96 Olympics there were boxes and boxes of balls for practice and when the Cuba team arrived the boxes were empty, we put them in the briefcases and put them back hahaha.”

«I went to bed at three in the morning signing balls with a little flag and everything. Lazo sold the balls in the bullpen, he went there and they told him: “hey, you’re not going to pitch today” and he replied: “no, I’m going there, don’t worry” ».

In the following video you can enjoy the complete show with José Ariel Contreras and Pedro Luis Lazo:

You may also like: «He had too many drinks and we had an altercation, the player from Industriales CONFESSED WITH a player from Santiago

“The boxes were for sale, for us from the warehouse”, TWO Cuban baseball stars CONFESSED EXCLUSIVELY