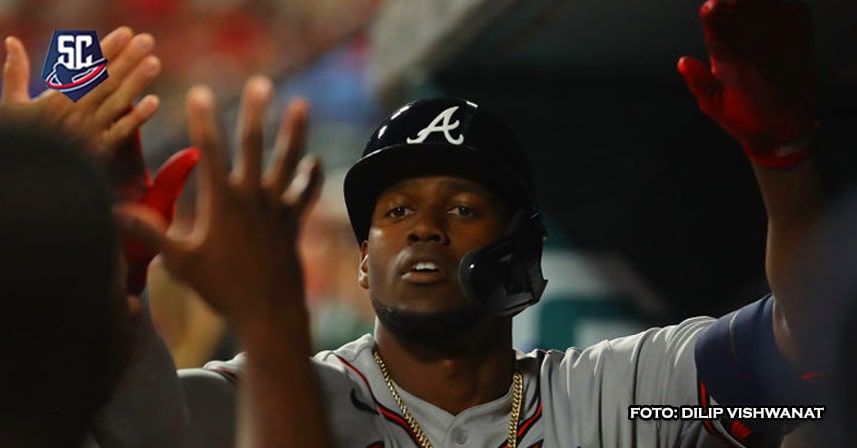 We leave you with the work and analysis of Matt kelly on the exchange of Jorge Soler, who in addition to being excellent went quite unnoticed in the traditional media of the Major Leagues.

You can forgive us for having our attention turned the other way around 4:16 p.m. ET on July 30 (16 minutes past the trade limit), when the news emerged that the Braves had acquired Cuban Jorge Soler since the Royals. Elsewhere, Kris Bryant was reaching the Giants, Puerto Rican Javier Báez to the Mets, Craig Kimbrel to the White Sox.

Soler wasn’t the only patrol car Atlanta acquired that day. The trades for Adam Duvall and Eddie Rosario were announced within minutes of each other and Joc Pederson acquired him on July 15.

But with more than a week to analyze the trades, Soler so far looks like “the theft” of the 2021 deadline.

Soler has been a catalyst for a Braves team that needed a boost after losing Ronald Acuña Jr. for the rest of the year. Since its first game after the All-Star Game on July 16, Atlanta alternated wins and losses for 18 games in a row (the mark for the modern era), to hold a perennial record of .500. Obviously, Soler only has a week with the team, but what were the first results? .360 / .467 / .720 with three home runs and six runs scored in six games.

But something clicked when Soler homered at Milwaukee on July 20 – just 10 days before the deadline – and then hit another home run the next day. Since that date, Soler has looked more in the form of 2019, when he led the American League in home runs. According to Statcast’s expected wOBA (which combines the quality of batter contact with strikeouts and walks), Soler is the hottest hitter in the majors.

Min. 50 VB, until the day of Saturday

expected wOBA: How the players should hit, based on the quality of the contact + BB + K.

Credit to the Braves for getting Soler at the right time, but management probably recognized how he was getting off to a good start compared to earlier this season. What he’s done lately is similar to what Soler achieved when he hit 48 home runs in 2019.

Soler is in the top 15% hitters in the league for hard hitting rate and barrels (best contact possible) and it’s hard for a player to keep slugging below .400 when he’s hitting the ball that well. . True, Soler gives away a lot of at-bats with strikeouts, but he also did that in 2019, when he led the American League in homers and fans (178). Even so, Statcast still sees him as one of the less fortunate hitters.

Longer “no luck gap”, supported by expected and actual wOBA in 2021

Is “luck” the only explanation for the terrible first half of Jorge Soler? Perhaps you are starting to build your own fortune. Three days before being traded, the Cuban said that he had made an adjustment in his hands that would allow him to release the swing better. That seems to have benefited him both in the angles of departure and in his innate power. Good things happen when you combine heavy hits and barrels.