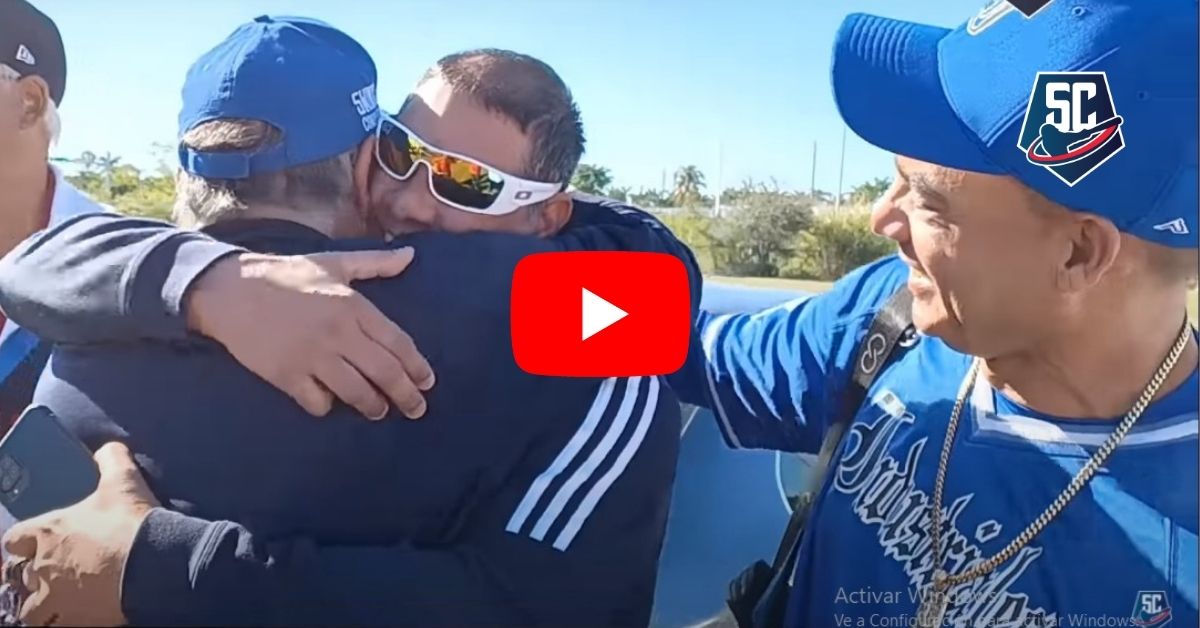 Constantly there have been many news and stories of fatal tragedies that I have had to echo. And it has happened, among other things, because in many cases they have been little-known figures who at least deserve that posthumous tribute as the last moment to talk about them with prominence.

But now I want to dedicate a space to one of the winners of death, whom he had face to face and one step away from winning the battle definitively.

Those who closely experienced the situation of Rolando Viera Mezquía and those who have seen the images of the state in which he was found months ago, do not cease to be surprised, although with total satisfaction, by the reality that currently surrounds the former left-handed pitcher of the Industriales.

It may interest you: SPECTACULAR: Outstanding figure of Industriales slept without oxygen for the first time in months and moved further away from death

After passing through Cuban baseball (1994-2001) where several seasons stand out with good results that opened a space for him in the Blues rotation, including the 1999-2000 campaign in which they discussed the Cuban title against the so-called “Santiago de Cuba steamroller”. He emigrated legally after the just 2000-01 and in United States had participation with the Boston Red Sox franchise and several Ligtos Indandpandndiandnyouandyes, in addition to heto pandheoryouto mandxictonto. But we return to the purely personal issue, which is the essence of my article in short.

Viera was hit and how the same virus that has affected so many partially or completely, directly or indirectly for more than two years now. In his case, even the doctors themselves came to consider him more likely to die than to live due to the great affectation that he had throughout his body beyond his own lungs.

Almost a year after his admission, which lasted, he turned the days into weeks and these were translated into months until his body responded little by little with the combination of strong medical treatment and another fundamental component: his willpower. Without the latter, everything would have been in vain.

After coming out of the coma, many of the functions were recovered, including the motor ones, although everything has been part of a very complex and gradual process.

The aftermath of the virus has not completely gone away. It was only a couple of weeks ago that she was able to sleep without oxygen for the first time and still the mobility of her fingers is limited. But the fact that he drove himself from Naples to Miami to attend the veterans’ game on Jan. 15 is something to be admired entirely.

Living that moment in person was something emotional for me and especially for his friends and baseball teammates. The words of encouragement and happiness, the hugs and even the tears were combined that day and made it a leading part of the event. Perhaps the most heartfelt reunion of all was the one that occurred with the former Leones left-handed pitcher Osvaldo Fernández.

Viera has been in constant contact with this journalist and it always encourages us to have him pending each of our jobs. Especially on the YouTube channel where he is always present as the first, even if there are two people connected.

It may interest you: In critical condition, former pitcher of Industriales

The recovery of who was once one of the leaders of the Industriales staff (1998-2001) and among the good left-handers of Cuban baseball, is not only worthy of rejoicing and satisfaction, but also as a transcendental example of what can be done in life even when everything seems impossible.

It is not that willpower can always defeat death and all the barriers that come our way, otherwise the earth would be full of immortals and devoid of problematic situations that affect us no matter how hard we try to avoid them. or win.

Only that as long as there is life there is hope for everything, no matter how far away victory is. Yogi Berra’s famous phrase that “it’s not over until it’s over” has never been better applied.

For quite some time now, people continue to recognize him for his results in baseball, with Old Havana, with the Industriales, in the Red Sox organization, but for everyone, his most important merit, his most notable victory by far , the one that has allowed him to reach extra innings and without a tiebreaker rule.

THE BEST EXAMPLE: Player of Industriales won a battle to the death to nothing to lose everything