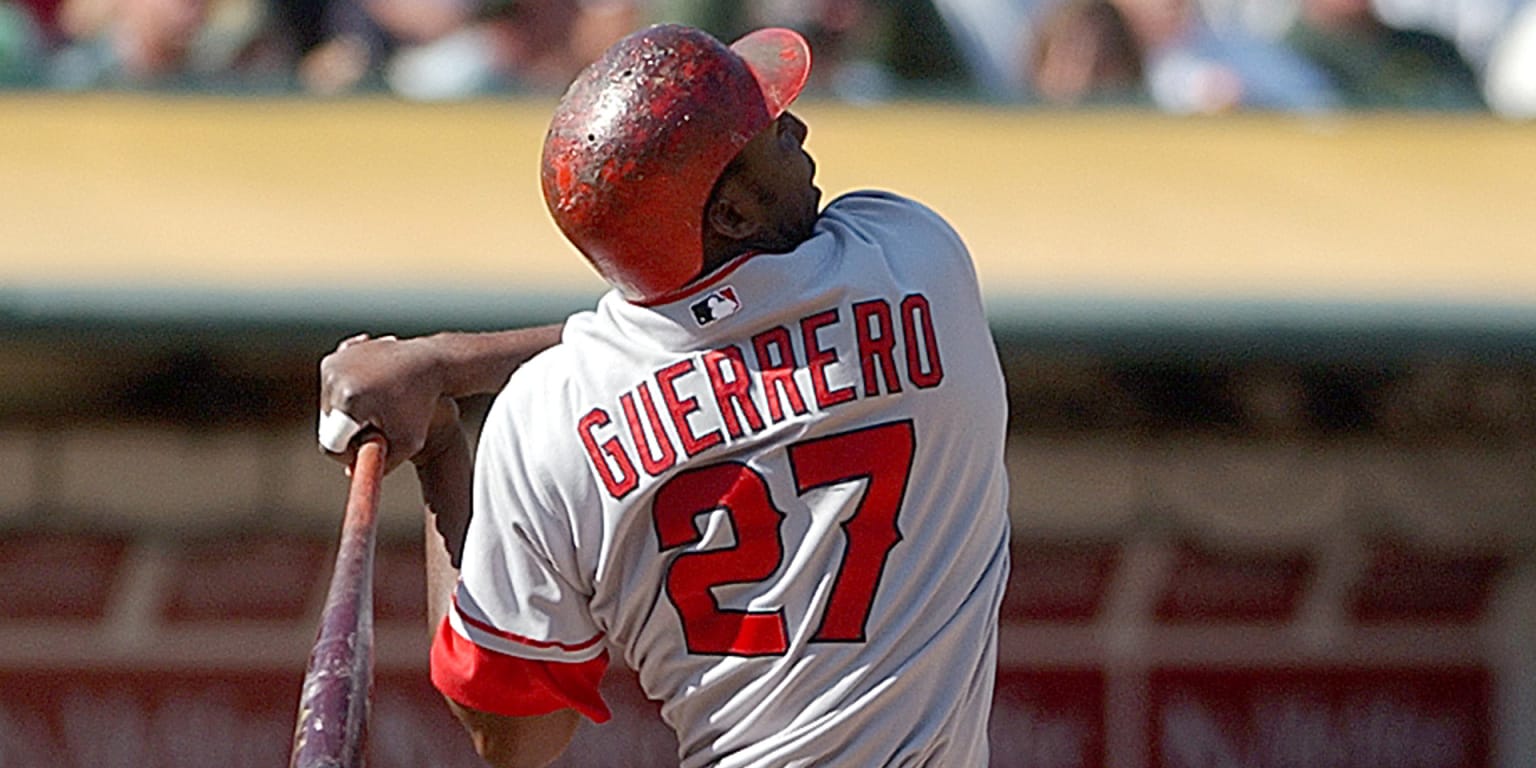 If a pitcher had dared to roll a ball on the ground to Vladimir Guerrero when the Dominican was in the batter’s box, the slugger surely would have found a way to send it to the outfield.

In 16 seasons with the Expos, Angels, Rangers and Orioles, Guerrero established himself as one of the most outstanding hitters in major league history when it came to hitting the wrong pitches. The Nizao native finished in the top 10 of his league in batting eight times, and won seven Silver Sluggers. The outfielder, who also had a formidable arm, was the third Dominican inducted into the Hall of Fame and the leadoff hitter in that group, which includes pitchers Juan Marichal and Pedro Martínez–and now also slugger David Ortiz.

On the occasion of Guerrero’s 47th birthday on Wednesday, we take a look at Guerrero’s top 10 moments and feats:

Guerrero’s son, Vladimir Jr., made his major league debut with the Blue Jays in 2019 after establishing himself as one of the flashiest prospects in years. Guerrero Jr. started his career with two solid seasons for underdogs before having a breakout campaign in 2021. The Guerreros are just the second father-son duo with at least a 40-homer campaign each (joining the Fielders ), and they are also the only father and son duo to have finished in the top two most voted candidates for the MVP award.

Guerrero came very close to being elected to the Hall of Fame in 2017, his first year on the ballot, but fell short by 15 votes of the 332 needed to reach the minimum 75% approval requirement. But the following year, he received 92.9% of the vote by being named on 392 ballots, exceeding the 317 he needed.

Given Guerrero’s prodigious talent, it was to be expected that at some point he would be recognized as the Most Valuable Player. He happened in his first season with the Angels, when he hit .337 with 39 home runs and 126 RBIs. That year, Guerrero led the American League in runs scored (124) and total bases reached (366), which helped him earn 21 of 28 first-place votes in the MVP voting.

Guerrero hit what was perhaps the biggest hit of his career in Game 3 of the American League Division Series against the Red Sox. Guerrero’s two-run single off Boston’s top reliever Jonathan Papelbon capped a ninth-inning rally that gave the Angels a 7-6 win and allowed them to complete a three-game sweep. .

Guerrero hit in 31 consecutive games, the longest streak in the Major Leagues in 12 years. The Reds finally stopped the quisqueyano by not allowing him unstoppable in two at-bats and then giving him an international walk. Guerrero finished that season with a career-high 131 RBIs.

Guerrero demonstrated the aim, power and potential of his arm. In the fifth inning of an interleague game in Toronto, Blue Jays catcher Alberto Castillo tried to score on Shannon Stewart’s hit to deep right field. Castillo apparently thought he could score easily, but Guerrero hit a throw that flew past Montreal catcher Michael Barrett. The ball, which traveled approximately 300 feet, was waiting for Castillo when Barrett prepared to serve it at home plate.

The best 10 moments of Vlad Sr.