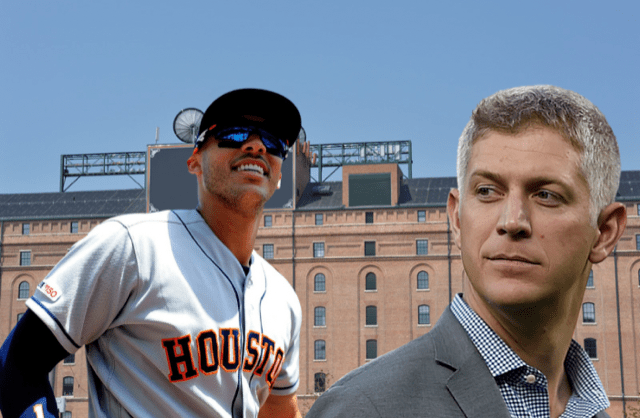 With less than twenty-one days before the start of the season, the Orioles are pushing hard to land free agent Charles Correa, who they think will captain the O’s ship into the future.

Sources to Con las Bases Llenas confirmed the O’s are working on a new offer, including new details on the proposal, including an opt-out after the 4th year for the platinum glove winner and All-Star shortstop.

The initial offer presented was top-heavy in the first couple of years, averaging over forty million per season and just under thirty million the remaining eight with no opt-outs, approximately 360 million dollars.

“I wanna be through the zone for a long time. If I’m late hit a line drive to right, if I’m early hit a line drive to left. But it’s all about the plane. You want to be in the zone early in order to stay through & be able to hit line drives all over the place.” Carlos Correa pic.twitter.com/bfYa2WScMv

At the same time, sources have confirmed the front office is working on a contract extension for top prospect Adley Rustchman that will help set the O’s on the right track for the future.

Baseball America ranked the Orioles farm system as the second-best in baseball, and Cuban phenom Cesar Prieto is not even part of the top 30 prospect list.

It seems Mike Elias believes Carlos Correa is the key to the Baltimore Orioles’ future.

The Baltimore Orioles are serious about Carlos Correa and their FUTURE