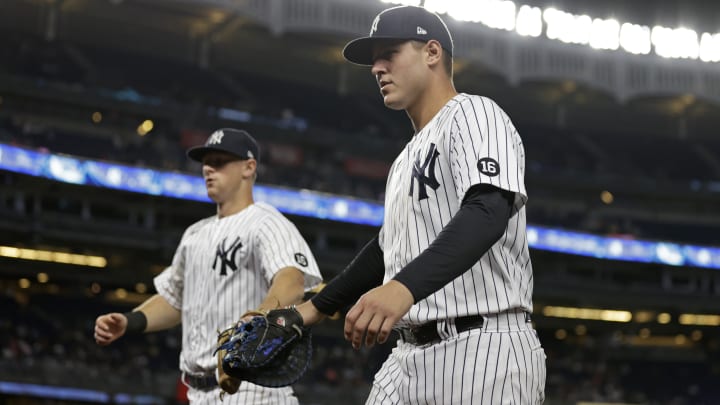 teams like the New York Yankees They finally understood that defense is key to be a competitor this season of MLB.

The movements of this campaign break in the Big leagues they were left as part of the five teams that own the scariest infields heading into 2022.

Three stars have the Canadian troop in the painting. In Toronto they already had the young stars Vladimir Guerrero Jr. and Bo Bichette and now brought in Matt Chapman, a three-time Gold Glove winner at third base in his 5 seasons in the majors, in a trade from the Oakland Athletics.

The World Series champion team already had a luxury infield with a solid hitter like Ozzie Albies and managed to maintain the level despite losing their first baseman Freddie Freeman in free agency, with the arrival of a Gold Glove winner like Matt Olsen. Their infielders will be key for Atlanta again in 2022.

The Yankees had warned that in 2022 there would be changes in the infield and it was precisely this department that saw the most important movements in the offseason, either through change such as the arrival of Josh Donaldson or signing a free agent winner of four Gold Gloves like Anthony Rizzo. DJ LeMahieu will be the other star of this table.

It was a blow for the Dodgers to lose their shortstop of the last seven seasons, Corey Seager, but they quickly rebounded by striking out with the signing of Freedie Freeman to enhance their infield. Trea Turner will be the starting shortstop.

They were among the teams that tried to negotiate with Carlos Correa, but they finally nailed down an interesting move by signing a star like Trevor Story to be Xander Bogaerts’ double-play key. In third is another star, the young Dominican Rafael Devers whose job for 2022 is to improve his defense.

The 5 scariest infields for the 2022 MLB season