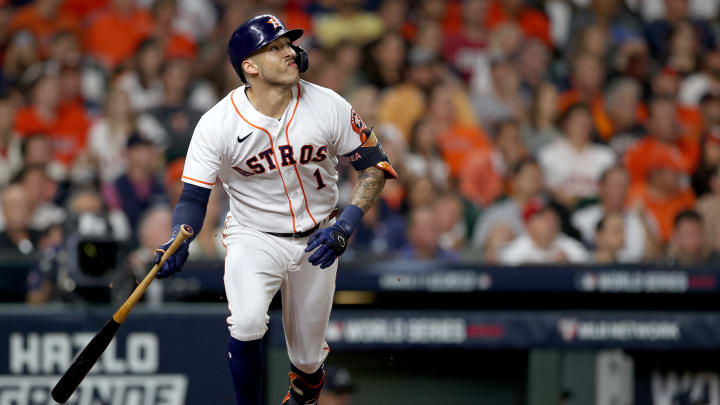 There is less to go until the season begins MLB the coming April 7 and the novel of the Puerto Rican shortstop Carlos Correa It has not reached its end and it seems that there are still chapters to write.

Several teams have appeared in the bidding for the shortstop, who won the Rookie of the Year award in his debut in the big tent in 2015 and who has spent seven seasons with the Houston Astros, together with whom he obtained a ring of World Series in 2017.

For many it is unnecessary for Boston Red Sox offer a contract of more than 300 million dollars to Correa, having one of the best shortstops on the circuit, as is the case of Xander Bogaerts.

For Correa to land at Fenway Park, Bogaerts would have to move to second base. Red Sox fans see this move by management as unlikely, but they rub their hands imagining the number of double plays the duo would make.

In turn, the general management of the Houston Astros He has said that he is willing to give him the contract extension that the Puerto Rican is asking for, even to raise it.

For his part, the owner of the team, Jim Crane, said that the team remains on the lookout. “Our group has made approaches, we are in constant conversation with his agent.”

Another team that can invest in Correa are the Dodgerswho have just signed one of the most important contracts of the season by agreeing with the first baseman, Freddie Freeman.

Adding Correa to the California roster would be more than substantial in a lineup that features at least three MVPs. Analysts believe the team could consider moving Trea Turner to second base to give Correa the shortstop.

Finally appear the New York Yankeeswho just signed Anthony Rizzo, but have the checkbook to keep adding names to their roster.

The Bronx just acquired the services of Isiah Kiner-Falefa in a trade that brought Gio Urshela and Gary Sánchez to the Minnesota Twins, but they could send him to third or second base and even leave Venezuelan Gleyber Torres.

Where will Correa go?

The 4 MLB teams that are still considering signing Carlos Correa