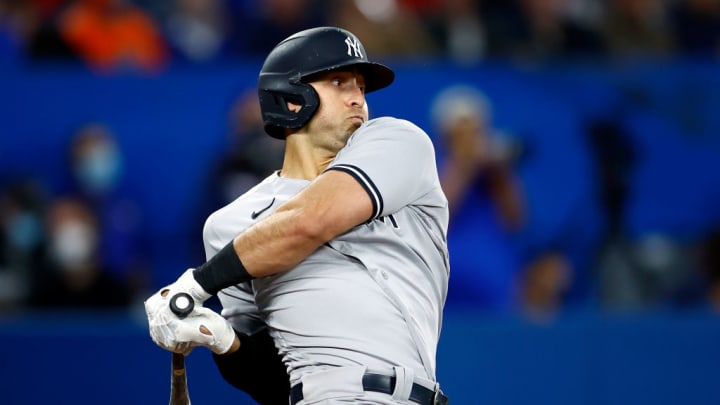 joey rooster has not responded to the great expectations that were in New York with his arrival at the Yankees. Since he was traded to the team from the texas rangershis numbers have been inconsistent and he has always been involved in trade rumors.

There have been rumors going back to Spring Training that the San Diego Padres are looking for a trade involving Gallo. Jon Heyman, from the New York Post, explained that both boards met before the season began, as the Yankees were looking for a pitcher to strengthen their relief corps in exchange for the outfielder. Last year Gallo barely batted .160/.303/.404, 30 hits, 13 home runs and 22 RBIs with the Yankees, numbers far from expectations.

Gallo is one of the darlings of the Texas Rangers fans and this could be reason enough for them to negotiate his return with the Yankees. They know the quality of him, because he spent seven seasons in the franchise, in which he left 145 home runs and 317 RBIs. A pitcher from Texas could be the effective bargaining chip for the deal.

The Oakland Athletics are having a bad start to the season, with a record of 11 wins and 19 losses, at the bottom of the American League West. The Yankees have been interested in a couple of the team’s pitchers and one of them is Frankie Montas, who has a 2-2 record in 2022, with a 3.44 ERA and 34 strikeouts. The Athletics seem to be convinced that this will not be their season and their plan is for the future, so Gallo could be an interesting piece for their restructuring.

The 3 teams that could trade the Yankees for Joey Gallo