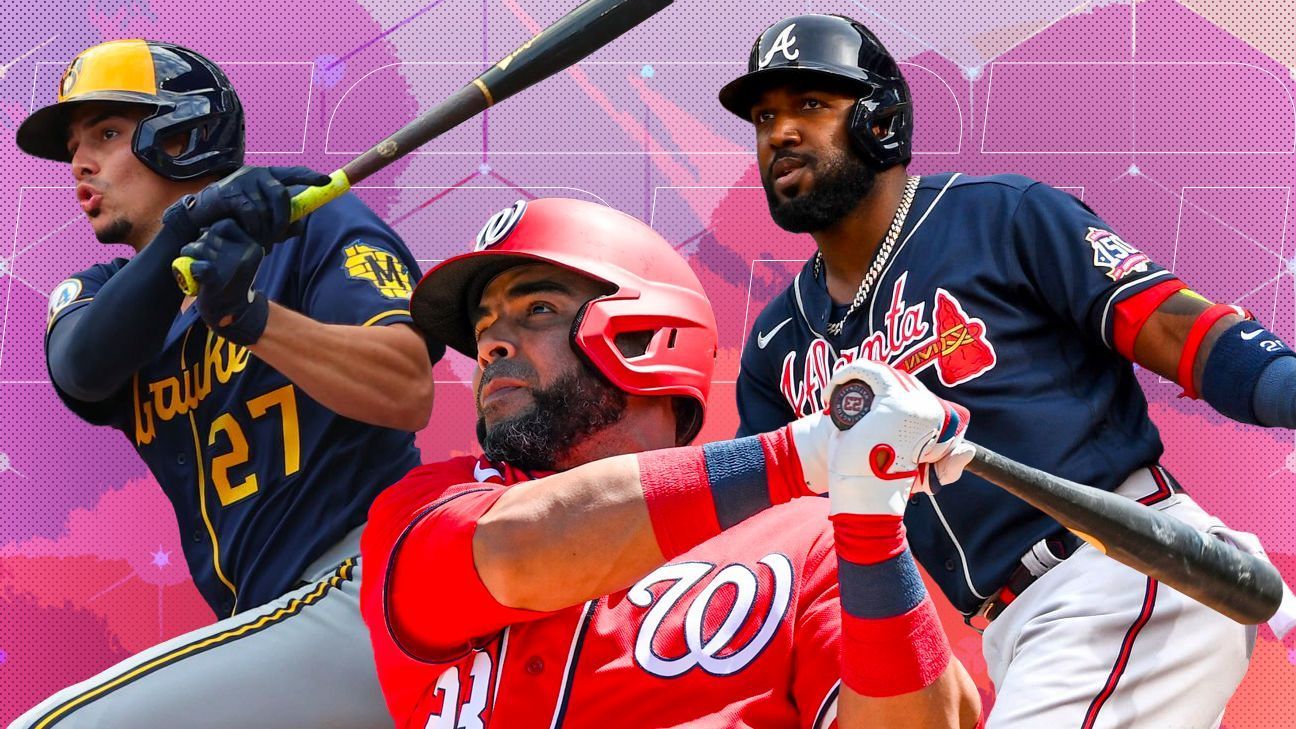 Who are the best Dominican players for the 2022 campaign? After several weeks where the main issue was the work stoppage, it was finally confirmed that there would be baseball and that a large number of Dominicans, as is customary, will be on the rosters for Opening Day.

The team of ESPNDigital selected the best 20 for the coming season taking into account their projection in what is expected to be a great season.

Within the selection criteria, all players must have already debuted in the 2021 season and have a roster spot for 2022. We present the first of two parts of the list. Who is missing from the list? Who should be in a higher position? Which of these players should not be in the Top 20?

It is necessary to talk about two parts of the season for ‘La Piedra’, since the improvement was remarkable for the one who was projected to be one of the main Dominican starters in the Major Leagues. Castillo dropped nearly a point and a half from his ERA in the second half, and while he’s not expected to be ready for Opening Day because of shoulder problems, the Reds’ starter should be one of the top pitchers in the league. National.

Emmanuel Clase and the Cleveland Guardians have agreed to a 5-year, $20 million deal.

With a brand new five-season, $20 million extension, Clase will kick off the season reprising his role as closer for the new team of ‘The Guardians.’ After being suspended for boldenone, the Dominican reliever became one of the best stories of the 2021 season and at the same time one of the best closers.

Another with two seasons in one, is marked by the change of scenery it suffered. Adames was another when he was traded to the Milwaukee Brewers and became the lifeblood of the team. He will start the season as the team’s everyday shortstop and while we don’t expect him to top the 99 games he has played with the NL team, he will be key to the Brewers’ aspirations.

Discreetly, the 32-year-old veteran has had a good couple of seasons with the Phillies since 2020 and has what it takes to replicate them in 2022. Although he is expected to hit in the last third of the lineup, the Philadelphians look better offensively but as Segura told ESPN that he will need pitching help.

Designated as the A’s Opening Day starter, Montas is shaping up to be one of the season’s best pitchers. With the team dismantling, the Dominican could be one of the few bright spots of the season, but he will have to work hard to achieve victories with what is expected to be little offensive support.

The petromacorisano hit 33 homers last season in what has been his best campaign in the Major Leagues. There is still room to improve and with a lineup that looks better with the additions of Carlos Correa and Gary Sánchez, Polanco will give plenty of water to drink this season.

Like wine. Despite the years, Cruz cannot be ruled out. Although the 2021 batting average was the lowest in the last three seasons, his power numbers were always there and he will make the most of the move to the National League in a lineup that includes Juan Soto.

How many HR do you see in this photo? ⚾💥#MLBxESPN @Nationals pic.twitter.com/8jwnlD97ub

Unfortunately due to his absence last season, those with short memories forgot what a great hitter El Oso is. Ozuna stayed physically fit playing winter ball and will be an important addition to the champion Atlanta Braves, now taking advantage of the universal designated hitter. Selfies in MLB?

At 25 years old, Peralta is projected as the best Dominican pitcher for the 2022 campaign. Due to the stellar pitching staff that the Brewers had and have, there was no more talk of the Mocano in the formidable last season.

The outfielder started off with a bang in training camp hitting .500 and stealing three bases in just five games. 2021 will be remembered for his 47 stolen bases, 22 with the Marlins and 25 with the Athletics. With a new contract and a new team, Marte will be motivated to show all his talent in a Mets that need to be back in the headlines due to positive results.