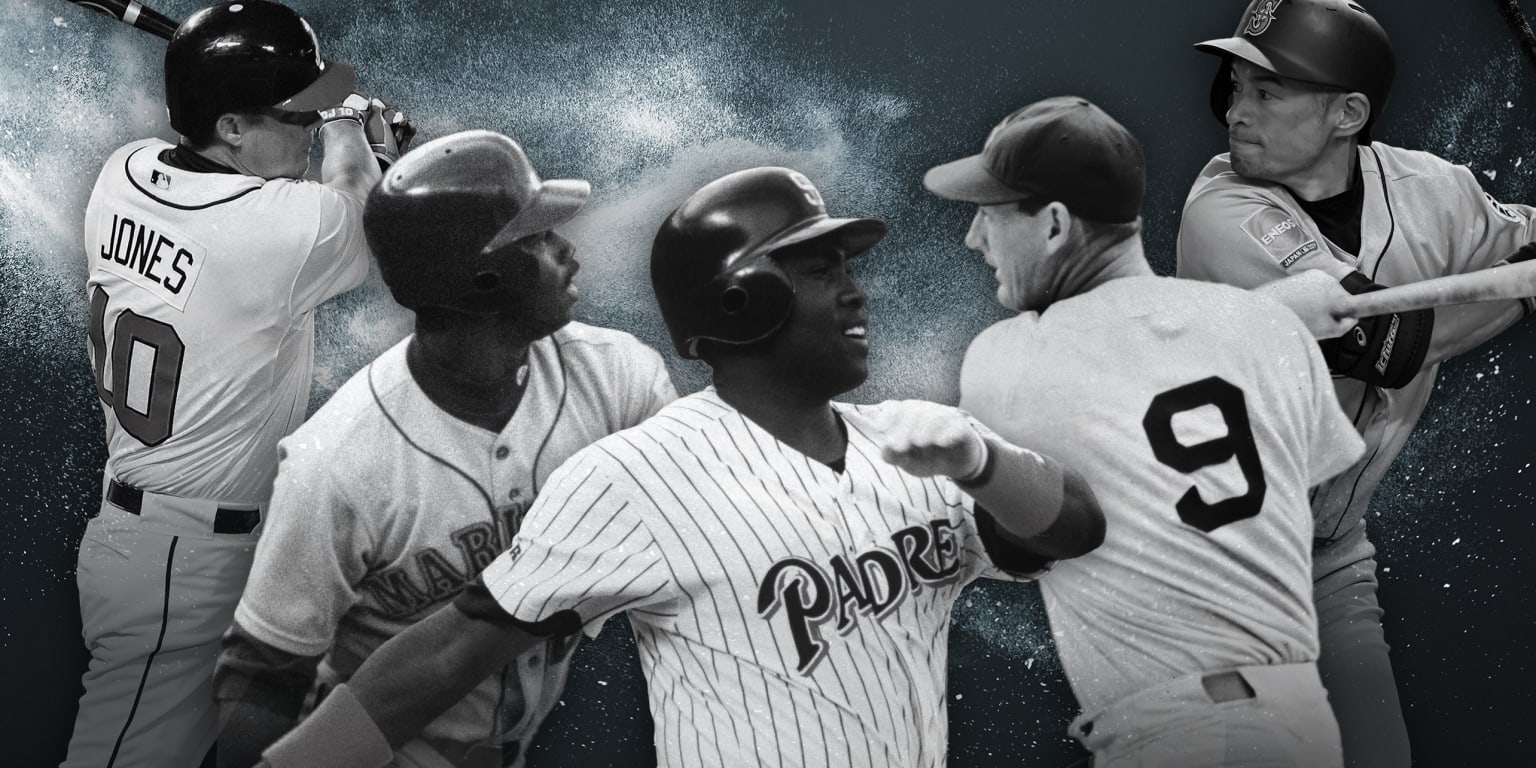 One of the most aesthetically pleasing elements of baseball, beyond the beauty of the playing field or a fantastic defensive play, is a sweet swing, or a nice swing, whichever you prefer. There are many players throughout the history of the Major Leagues who have had that special quality. Here, we take a look at 10 of the best.

If ever we saw poetry on the pitch, it was with Griffey’s swing. “The Kid” was not only one of the best players in history, with his 630 home runs and 10 Gold Gloves, but he also had one of the most beautiful swings we have ever seen.

From day one, when he doubled to left-center field in his first at-bat against the A’s at the Coliseum, to the home run he hit on his first trip to the plate at the Kingdome, and throughout his unforgettable career, the swing Griffey’s was the epitome of a sweet swing.

And beyond the swing itself, there was also that perfect way of dropping the bat at the end, a perfectly fluid closing after that violent and wonderful collision between the bat and the ball.

Williams is considered by many to be “the greatest hitter in history.” And while the author of “The Science of Hitting” was obsessed with hitting mechanics, to anyone watching from afar, his swing was more art than anything else. He remains the last National/American League hitter to hit .400 or higher in a season and it has been more than 80 years since he did it. His numbers are legendary, with a career line of .344/.482/.634 and 521 home runs (and he spent three years in the middle of his career peak fighting in World War II). But there’s nothing like watching videos of Williams swinging.

Clark, one of the most opportune hitters of his generation, was on his way to the Hall of Fame until injuries began to take their toll and his production dropped noticeably. But between 1986 and 2000, we were lucky enough to see one of the most beautiful swings of all time. Clark was an All-Star six times and was the NL Championship Series MVP in 1989, hitting .650 with a pair of homers against the Cubs, including a grand slam off Greg Maddux in Game 1. he had the go-ahead hit against Mitch Williams in the eighth inning of the decisive Game 5. During his first six seasons, from 1986 to 1991, Clark hit .302/.372/.512 with 146 homers.

It’s no surprise that all that success at the plate came with a sweet swing, one that consistently frustrated opposing pitchers and defenses. You can ask the shortstops and third basemen who watched countless hits from Gwynn pass by what he called “the 5.5 gap” between the two positions.

He was the first Japanese position player in the history of the Major Leagues, as well as the best of all. Between 2001 and 2019, Ichiro terrified opposing pitchers with a swing that was pure art. In an age of sheer power, Ichiro reminded us of the past, swinging his bat with unparalleled skill that allowed him to turn big pitches into hits and more hits.

Say what you will about the nonsense he did, but Ramirez had one of the prettiest swings of any right-handed hitter in the history of the game. The slugger hit 555 home runs during a 19-year career and went to 12 All-Star games. He also hit 29 postseason homers for the Indians, Red Sox and Dodgers, earning the 2004 World Series MVP with Boston. His was a swing that began with his hands above his head and ended with a full extension of his arm and his left hand holding the wood, a smooth, flowing motion from start to finish. Pure beauty.

Williams’ swing was basically perfect, his main selling point in a Hall of Fame career that saw him hit 426 home runs and make six All-Star appearances in 16 seasons with the Cubs and two with the A’s. He hit 30 or more homers five times and his best season was 1972, when he led the NL with a 1.005 OPS and hit 37 homers. His personal high for home runs was the 42 he hit two years earlier, in 1970, a season in which he led both leagues with 137 runs scored and 205 hits.

It’s hard to find a hitter capable of generating more power with seemingly little effort than Palmeiro, who with his sweet, natural swing hit 569 homers. Whoever wanted to throw Palmeiro low and inside was running a risk, because the Cuban was capable of putting the pot of the bat on that type of delivery like the best. During the two decades he spent with the Cubs, Rangers and Orioles, the first baseman wowed fans with his mile-long home runs.

Well, we had to put an ambidextrous here, right? Jones will be remembered as one of the best switch hitters in history. The third baseman and author of 468 home runs had a picturesque swing from both sides of the plate. He was the NL MVP in 1999, attended eight All-Star games and helped the Braves win the 1995 World Series. When he retired, Jones had homered 361 times to left and 107 to right. To put it in perspective, Mickey Mantle hit 374 left and 162 right.

The 10 sweetest swings in history