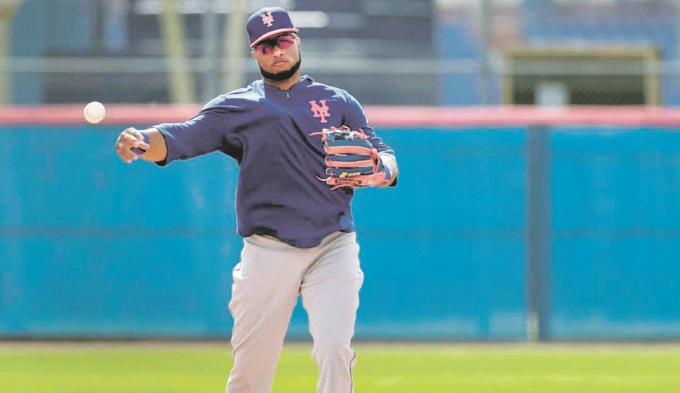 The contractual escalation in the Major Leagues is moving at such an accelerated pace that according to rumors and projections in recent months, the step would soon be taken from 365 million dollars, the current ceiling at 500.

This according to what was projected with the Dominican Juan Soto and the much-hyped agreement that could exceed 500 million with the Washington Nationals or another club, after uniting the homeless talent he possesses with the wisdom of the Major League business czar Baseball, Scott Boras.

And it could well happen, of course if Soto maintains the status of hitter shown in his four years in the great circus, in which he already has a World Series ring achieved by the Nationals in 2019, a classic in which the Dominican averaged .333 ( 27-9), hit three home runs and drove in seven laps, being so young that he couldn’t even drink alcoholic beverages as part of the festivities.

Major League Baseball has just closed the week with at least six players who agreed for amounts in excess of three figures, Trevor Story being the last for 140 million with the Red Sox, in such a volatile period in which the owners divested themselves of some 2.225 million from their bank accounts.

When this great salary boom took place, LISTIN DIARIO carried out a work related to which have been the players who have recorded the best agreements for life with each Major League franchise.

4 Dominicans in a group
It should be noted that at least four Quisqueyans appear in the group of the wealthiest agreements in their respective groups, and these are Fernando Tatis Jr and his recent signing of 340 million for 14 seasons agreed on February 22 of last year with the Padres, with which left behind the mark of another compatriot, Manny Machado and his payment of .300 million for 10 seasons with the same team.

While Edwin Encarnación is the one who has the largest contract awarded by the Cleveland Indians, in his case it was 60 million for three seasons, which occurred on January 7, 2017.

And finally there is the case of Wander Franco, who with a history of only 70 games and just 20 years, his promising future was rewarded by the Tampa Rays with an agreement of 182 million for 11 seasons.

Five other Hispanics
Five more Latinos are in the same range as the aforementioned Dominicans and these are Francisco Lindor and his lucrative 10-year, $341 million deal with the Mets on March 31 of last year. By coincidence on that same date, but seven years earlier, Miguel Cabrera had agreed for eight seasons and 248 million with Detroit.

Another from Venezuela, José Altuve stamped for 5 seasons and 151 million with the Astros on March 20, 2018.

While the other two cases are receivers and are Salvador Pérez and his four-year agreement with Kansas City for 82 million on March 21 of last year, while Yasmany Grandal agreed with the White Sox for four years and 73 million on March 21 November 2019.

three more masks
Along with Pérez and Grandal, three other receivers are worthy of such distinction, Jason Kendall signed on November 18, 2000 for 6 seasons and 60 million with the Pirates; Ten years later, Joe Mauer agreed for 184 million and 8 seasons with the Twins, on March 21. Buster Posey, agreed for 159 million and 8 years with the Giants.

Teams, his most lucrative firm in the MLB