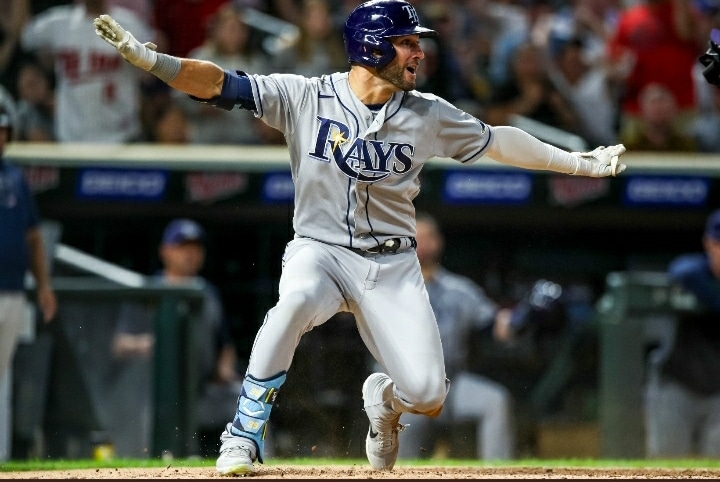 The Tampa Bay Rays, continue to establish themselves in their philosophy of a winning team. Such was demonstrated against all odds with his qualification to the World Series of MLB in 2020. One of the team’s greatest strategies has undoubtedly been timely hitting, which builds on the wisdom to score runs.

After Friday’s session at the MLB, the Rays they achieved a prodigious milestone in baseball history. Becoming only the third team to score 8 runs in seven consecutive games playing on the road, joining the New York Giants who did so seven times in 1929 and the Philadelphia Athletics nine times in 1930.

.@RaysBaseball is the 3rd team in the modern era to score 8+ runs in 7 straight games on a single road trip.

This milestone is a clear message from the depths offered by the Rays on his team and his virtuous offense. Team that has on its back a mark of 71 victories and 45 defeats this 2021, positioning itself in the first position of the eastern division of the American league with a difference of five games from second place.

Scoring too much runs has not been a streak factor for the Rays this year in the MLB, Rather, its 571 RBIs combined represent the third most of the 30 organizations in Big leagues. A reality that is also supported by his pitching staff to prevent the opponent’s scores, since they represent with their 3.71 the eighth lowest ERA of earned runs allowed on the entire circuit.

The Rays something that if they have not shown is that just like hitting in great proportions, they can also throw at the same level. Organization that presents the twelfth (12) place of the entire MLB on base average (.318), but also with their eleventh (11) place in slugging average among league organizations (.417), they have shown to have the same way hitting extra-bases.

What should remain for the history of this chronicle is that the Rays They have shown the world how to play baseball regardless of who is on their payroll. Team with the 26th lowest budget spot among teams in the MLB, But who already qualified for the postseason in 2019, they went to the World Series in 2020 and this 2021 dear readers, does not seem to be the exception.