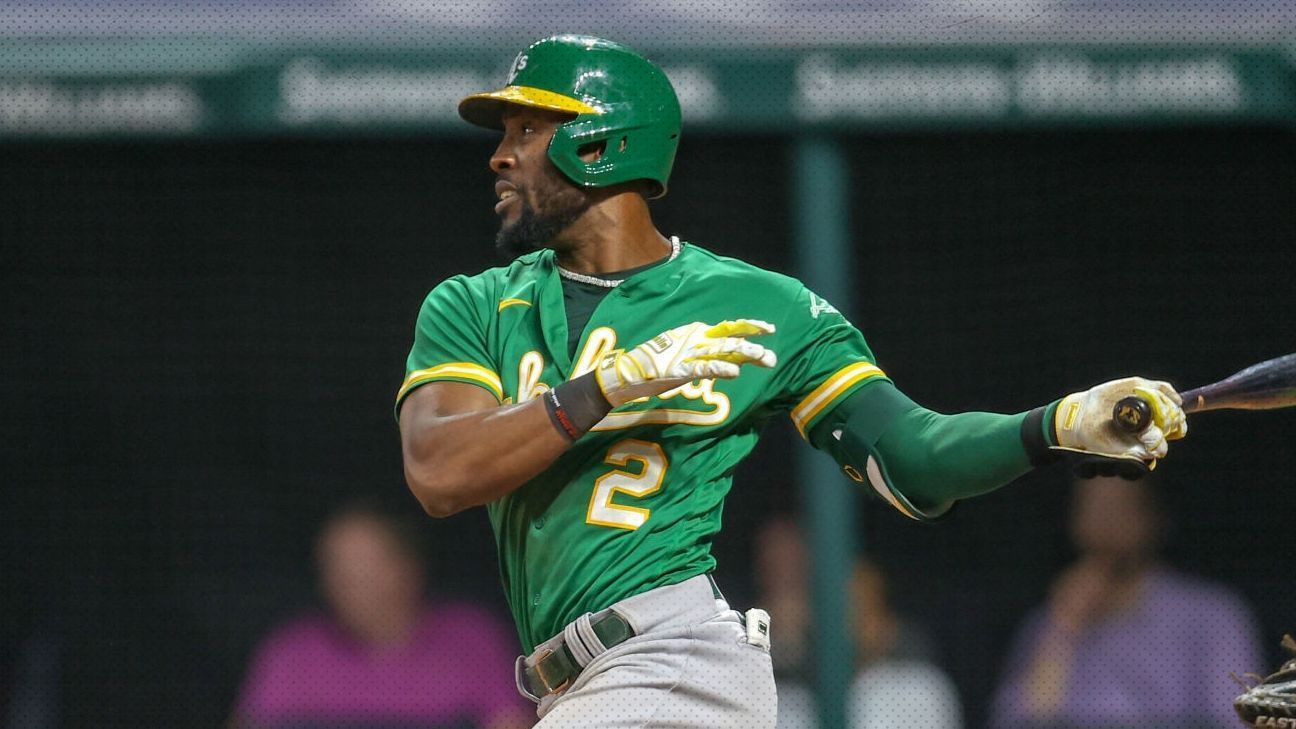 The special circumstances that the Dominican lives in 2021, despite being his best season, keep him from one of the most coveted awards of the “Big Top”

Starling mars is having one of the best seasons of his 10-year career in Big leagues. After being one of the most prominent figures in Pittsburgh piratesThe outfielder has gone through four teams in the last two years and not because of poor performance, but quite the opposite, he has been playing great baseball and the financial flexibility offered by his contracts has allowed such mobility.

2021 started with Starling mars as a member of Miami marlins, where he played 64 games in which he did quite well. He hit .305 with a .405 on-base percentage (OBP) and a .451 slugging percentage (SLG), good for an .856 OPS. Obviously, given the fact that Marlins he is not competing to make the postseason this year, they decided to trade him and he was lucky enough to get to a contender team like Oakland Athletics.

With the team of Oakland, Mars has played even better than with the Marlins, hitting .343 with an OPS of .871.

By averaging between what he hit in Miami and what he’s hitting alongside the Athletics, we can realize that right now, Starling mars lead all the players in Big leagues with a .321 batting average, four points more than Trea turner and Vladimir Guerrero Jr., who hit .317. However, by achieving such statistic between leagues American and National, at this time he is not considered as the Batting Champion from MLB, nor any of its circuits.

This means that, even if he finished with the best average of MLB, He would not be eligible to win the batting title, because he does not meet the amount of at-bats necessary in either of the two leagues (although he does in total).

To win the batting title in either of the two leagues, it is necessary for a player to exhaust at least 502 plate appearances on either circuit. Currently, Mars has 191 in American league and ended the year with 275 in the National.

This is important because Starling mars I couldn’t stop Vladimir Guerrero Jr. I won the batting title of the American league (to stay), but it would prevent him from being the leader of MLB, because he has the required number of at-bats to be considered a qualified hitter.

The same applies in the stolen bases department for the Dominican, who has been spectacular stealing pads in 2021 and remains a leader in MLB with 45, but because his numbers are divided in both leagues, he could not go for the title in either of these.