Just a few moments after the engines of the plane that transported the Cuba Sub-23 Team to Mexico were turned off, the pitcher from Spiritus Luis Danys Morales he left the national team at the airport in the Aztec capital. According to the colleague Francys Romero in his profiles of social networks.

Romero also explained in a live broadcast, through Facebook, that sources close to the team indicated the departure of the talented monticulista, who was part of the Antillean representative who will participate in the World Cup in the category.

Sources: The Cuban prospect 🇨🇺 Luis Danys Morales (18) leaves the Cuba team at the airport in the capital of Mexico 🇲🇽, according to people close to the team. Morales, a native of Sancti Spiritus, is one of the most coveted prospects by MLB organizations. https://t.co/YfAUBmQ5xv 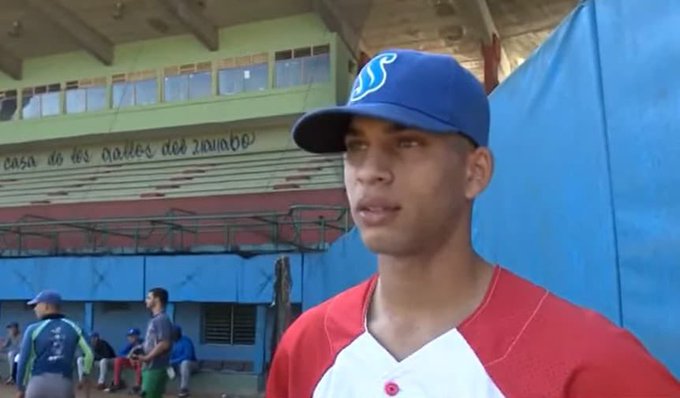 A year ago, Morales “was surprised in an attempt to leave the country by Guantánamo,” Francys said, but after serving a sanction he returned to the field and participated in the most recent season of the National Baseball Series.

With the Gallos del Yayabo, Luis Danys left a mound of three games won, with the same number of losses, and a 5.95 earned run average. In addition, in 42.1 innings of work he faced 203 batters, who gave him 49 hits, five of them extra-base hits.

However, the young pitcher is called to become a level pitcher, as he has the conditions for it. Although the boy’s future is unknown, he will surely get a signature from any major league organization in the days to come.

You may also like: Manager of Cuba DECLARED that to make the team «PATRIOTISM is valued»