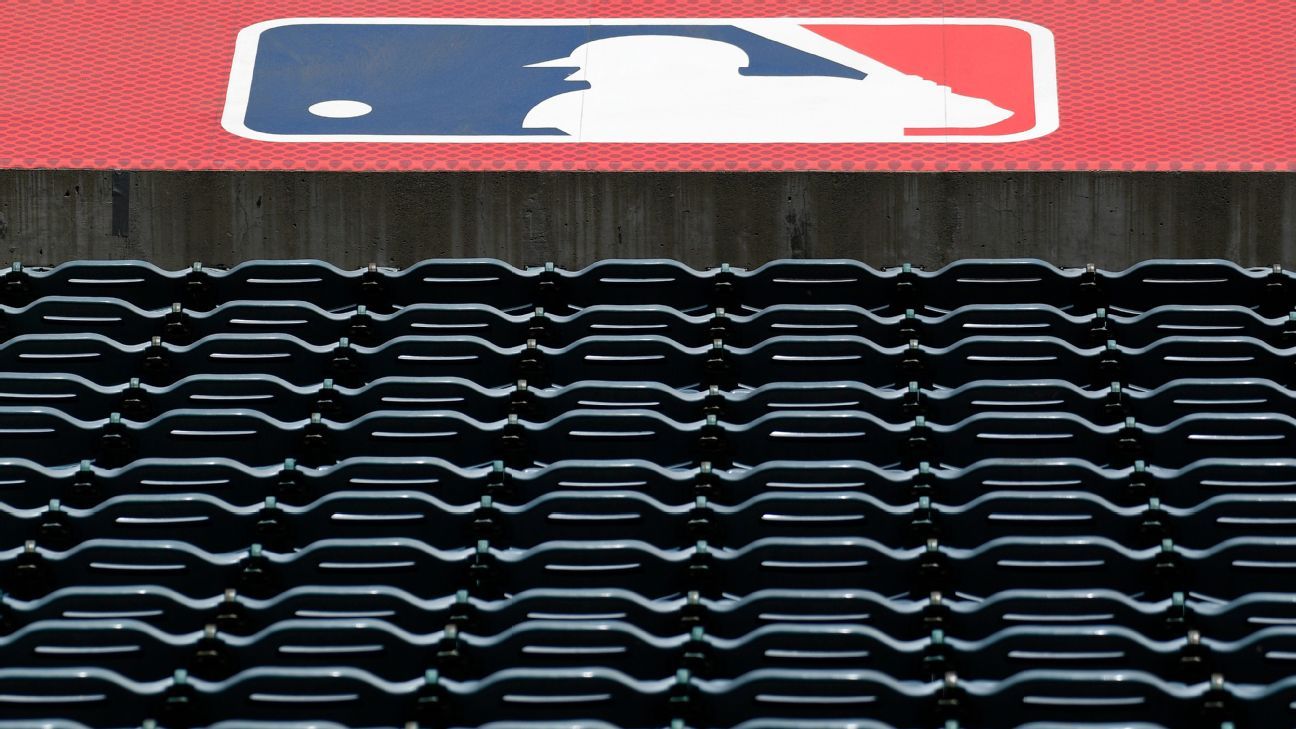 Major League Baseball modified its proposal regarding the competitive balance tax (CBT), among other changes offered at its meeting with the players’ union on Saturday, sources familiar with the deal told ESPN. The change to the CBT removes draft pick penalties for teams exceeding the first threshold while raising the threshold for previous bids in the final three years of the deal, the sources said.

Sources told ESPN’s Joon Lee that the players left the meeting unimpressed by the league’s offer and that the two sides are still a long way from reaching an agreement.

The changes to the proposal come two days after commissioner Rob Manfred said, “You’re always one step away from a deal,” as the two sides hope to make significant progress toward a new collective bargaining agreement.

MLB submitted a 130-page proposal to the union that covers all aspects of the new labor agreement, big and small. With spring training camps set to begin in a matter of days, the league hopes the proposal will jump-start negotiations.

In addition to the changes to the CBT, the league also introduced adjustments to the minimum salary structure, increased its pre-arbitration bonus pool offer and attempted to further discourage service-time manipulation.

The proposal does not address revenue sharing or arbitration years, two of the main sticking points for the union so far.

Included in the labor agreement proposal is an offer to increase the first threshold. The league had proposed a raise to $220 million for 2026, but is raising it to $222 million, sources said. The threshold would still start at $214 million in 2022.

By removing the non-monetary penalty for going over $214 million, MLB hopes to incentivize teams approaching the first threshold to keep spending.

Under previous rules and proposals, teams would have given up a third-round pick in the amateur (and potentially international) draft for passing that threshold, but that, too, was removed in this proposal, sources said. So in the first year of the deal, teams with payrolls of $214 million to $234 million would no longer lose a draft pick.

Stiffer penalties would still exist for passing higher thresholds, though only four teams have exceeded the $234 million mark.

The union, on the other hand, wants a significantly higher threshold.

MLB has indicated it won’t change the status quo in years toward arbitration or revenue sharing, so Saturday’s framework may not be the game-changer needed to break the deadlock.

Most teams are set to open camp on Monday or Tuesday, but that’s not likely as the sport remains in an owner-instituted lockout in December.

Other highlights of Saturday’s proposal by the league, according to sources:

MLB also offered a new option: a direct minimum of $630,000 in the first year of the deal with the ability for teams to give raises as they see fit, as they have in the past, in years 2 and 3 before players come to arbitration. That also means players can be “renewed” for smaller raises.

The jump to $630,000 would double the raise players received between the last two collective bargaining agreements, but is still less than the union’s desire for a $775,000 minimum wage.

The league increased its offer from $10 million to $15 million and offered a six-person panel, three from each side, to develop a mutually agreed-upon WAR statistic to allocate the funds. The top 30 players in WAR and prize winners would be eligible for the bonus pool.

The union has asked for a $100 million bonus fund, down from a previous offer of $105 million.

The league increased the incentive for teams to keep their top prospects in the majors, offering them two draft picks within the player’s first three years if he finishes in the top 3 in Cy Young, Rookie of the Year or MVP voting. Previously, the league had offered one extra draft pick per player within his first three years.

Under the new scenario, the Chicago Cubs would have received an additional draft pick after Chris Bryant he won Rookie of the Year in 2015 and another selection the next year, when he won the NL MVP award. But that would only happen if Bryant was credited with a full year of service. He was missing about 10 days in 2015 when the Cubs opened their workouts with him in the minors.

Continuity in the roster: A new rule would limit the total number of minor league options in a single season to five.

Pre-draft physical: Call him the Kumar Rocker rule after the New York Mets’ previous draft pick who wasn’t signed by the team last summer due to health issues. Under the league’s proposal, players can submit a pre-draft physical, and if a team selects them, it must pay the player at least 75% of the value of the slot, and the team can’t fail him in a post-draft physical. draft.

Select and follow: The league is offering to reinstate a policy where teams can draft a player who isn’t ready for professional baseball and send him to junior college for a year. The player could then sign for up to $225,000 the following year. The policy is intended to help players who show ability but haven’t had much playing time or aren’t mature enough for professional baseball.

The changes in the league’s most recent proposal are part of the CBA’s broader framework that would still include an NBA-style lottery draft, elimination of draft pick compensation for free agents, an increase in Rule 4 draft pool, a universal designated hitter draw, and expanded postseason play. The league wants 14 teams in the playoffs. The players have counterattacked with a proposal of 12.