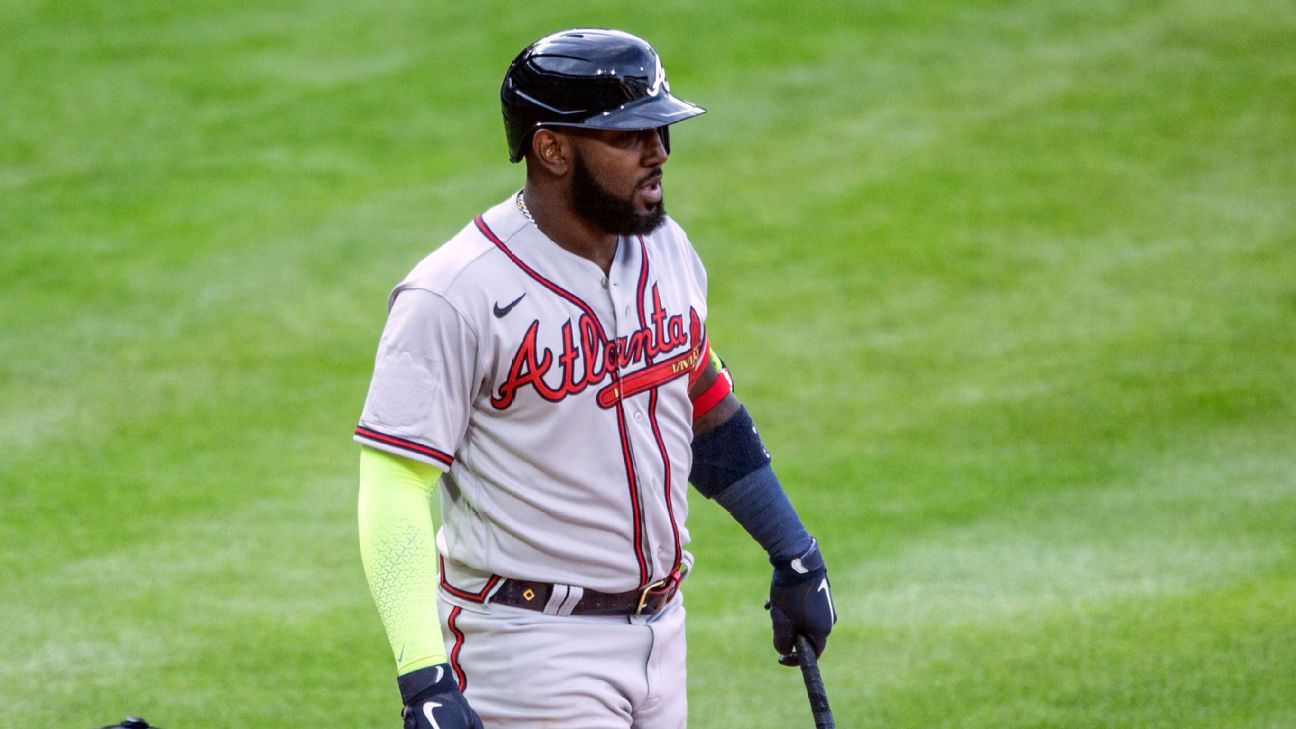 The Atlanta Braves outfielder’s administrative license, Marcell ozuna, has been extended through September 24, an MLB source confirmed to ESPN.

Ozuna currently participates in a diversion program that he entered as a pre-trial resolution on September 9, more than three months after being arrested on assault charges for allegedly assaulting his wife.

He faces misdemeanors of family battery and simple battery, but when he entered the diversion program, a Fulton County assistant prosecutor announced that those charges will be dismissed if Ozuna meets the conditions of the resolution within six months.

Ozuna was placed under six months of supervision and must undergo a 24-week family violence intervention program. He must also complete 200 hours of community service, refrain from using illegal drugs, and avoid any contact with his wife. The six-month supervision could end after three months if Ozuna completes all program requirements ahead of time.

The extension of his administrative license by MLB was first reported by ‘The Athletic’ on Friday.

A suspension remains possible for Ozuna, pending a review of the case by Major League Baseball under the joint domestic violence policy. As has happened for the Los Angeles Dodgers pitcher, Trevor bauer, Ozuna’s administrative leave can be extended multiple times if MLB and the Major League Baseball Association (MLBPA) agree to do so.

Ozuna’s next court appearance is scheduled for January 13.

After finishing sixth in the voting for the NL MVP award last season, Ozuna signed a four-year, $ 65 million contract in free agency to return to the Braves this season. He hit .213 with seven homers and 26 RBIs over 48 games before going on the disabled list with the dislocated fingers he suffered during a game on May 25, several days before his arrest.