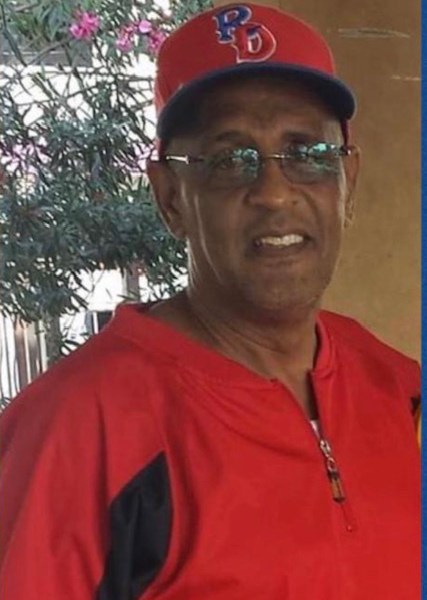 Recreational softball is a tradition in Santiago after the celebrations on the night of December 24.

Some old people even risk playing baseball, after the feast and drink on Christmas Eve.

I remember that before going to the United States, Orlando “Jevo” Núñez organized a confrontation called Lefties against Rights.

On Sunday the VII Clásico Miguel Cruceta will be played, where the former members of the popular Los Chiquitos team meet.

Jevo Núñez has several days in Santiago to participate in that match at the Claro stadium.

Remember that Los Chiquitos were only in names and that they had strong and robust softball players.

Sunday will also be the Rincón Largo Remembrance Game, which is for version 27.

Saturday will be the Game of Remembrance José “Che” Ventura, who was a tremendous softball pitcher.

But this classic, with more than three decades, 32 years, is played in the discipline of baseball.

The teams are the Oldest and the Less Old and the appointment is at the Ciudad Deportiva del Ensanche Bolívar, from 10:00 in the morning.

In that game some of Less Oldies slip in, such as Pablo Castillo Luna, Adalberto De León, Eugenio Jorge, Rafael Ruiz, Pichí Almonte and my corduroy and man of God Roberto Sánchez.

Whoever sells Tallow of Flanders can make their Christmas and New Years in these softball and baseball activities.

SQUEEZE PLAY: The famous Pandora’s Box was not a box but an amphora … Is there a long way to go until February 27? … In the La Vega basketball final there were more blows than in the Mini Pacman and Vic Saludar fight …! the air! … I saw the back of a wounded man and it seems that it was with a machete … With the lack of Christmas baskets and the baskets fighting … I only made the basket of the Association of Sports Chroniclers of Santiago (ACDS) … And it was in the last minute… What a bad basketball player I am… Rafael Octavio Castillos clarifies for me that now they allow 18 clubs to professional golfers… Because when they were 14 and one broke, they wanted to be allowed to replace them… They called me Leo Sánchez, José Miguel Minier and Paolo Modolo to say Approved!… By the way, Paolo promises that the goal will come in 2022… Mope informs me that the League of Sapos began at the Ángel Estrella stadium, who has asked him to open there… He also has César Delmonte and Consuegra from the ACDS and the Isa University…! or in play!… I can’t explain why the Texas Rangers stopped Leody Taveras… The boy had a dream season and is learning more and more… Dinelson Lamet is training and seems to have the intention of pitching with the Eagles… What is he up to “El Cuchillito”, Jonathan Hernández?… We are waiting for Jonathan, Hernández and Villar… Through “My Foggy Crystal Ball”, Juan Saint-Hilaire sent me the following collaboration, which I share as important… It is about the use of the question marks and exclamation marks, if it is correct to combine them… The answer is yes… When the meaning of a sentence is interrogative and exclamatory, it is valid to open and close with both signs:! How !? Or? How?!… With this keyboard there is no way… For today, out 27.