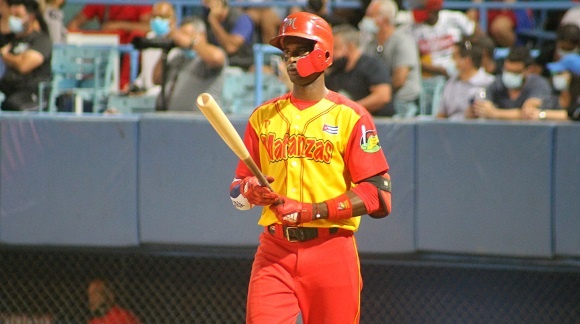 Eduardo Blanco went 3-for-4 with a double and RBI in the win for the Crocodiles. Photo: Boris Luis Cabrera/ Cubadebate.

The grass of the mythical Latin American stadium was colored red and yellow this Wednesday, when the Crocodiles from Matanzas faded the blue of the felines from the capital by defeating them 7-5to erase the atonement from the previous day and increase their lead at the top of this 61st National Series.

Again they hung from the left arm of Yamichel Pérez to achieve a victory, a pitcher who has never lost a game with the Yumurinos jersey ever since he first played with them as a backup.

The tremendous turnout that overflowed the stands of the Coloso del Cerro had a wonderful time in the very first episode when the home team scored a streak towed by Yosvani Peñalver, but one inning later the joy went up in smoke.

a bunch of three annotations to the account of the starter Pavel Hernández, gave the visitors an advantage that they would never lose in the match, and made it clear that this time the national runners-up came to impose respect and to dance, if necessary, in the house of the same spinning top.

The yumurina leadership squeezed Pérez until he reached the shipments stipulated in the regulations and went to the cave in the bottom of the eighth after he endured a driving tubey by Andrés Hernández that woke up the stands for a few moments.

When it came time to pick up the bats and balls, the Blues gave “candela to the ranch” when they scored two runs and placed the possible tie on a bag, but right-hander Haykel Parra forced Hernández to hit a fly ball to the prairies, and right there the industrialist hopes burned.

For the winners stood out with the bat in hand Eduardo Blanco 4-3 with a double and RBI, and Julio César González who compiled 4-2 with a couple of trailers.

For Industrial, Peñalver went 3-for-5 with an RBI, Oscar Valdés had a pair of singles and a double in four at-bats, and Sandy Menocal went two-for-four with a pair of RBIs.

At the Jose Antonio Huelga the Roosters of Sancti Spíritus once again leaned on their staff of pitchers and they repeated the dose to the Wasps of Santiago de Cuba by defeating them 5-1to ensure the dispute between the two this week.

Yuen Socarrás distributed eight strikeouts in seven chapters and barely tolerated an unearned run to take the victory, the only one that the indomitable have been able to score in these two challenges.

Daviel Gómez linked three hits in four shifts and Dismani Ortíz scored two, and both pushed a teammate for the rubber.

The defeat went to the files of the starter Carlos Font, after walking six innings where eight hits were connected and five earned runs were scored.

For the losers, Rudens Sánchez and Dasiel Sevila connected a couple of hits each.

With a tremendous mounding work by Juan Sebastián Contreras, the Camagüeyan Bulls attacked the Alazanes de Granma 2-1 in their plain of Cándido Gonzálezto match the actions in the duel between the two this season.

The 22-year-old right-hander who won the popular vote for last week’s player walked the entire length of the road, striking out nine opponents and allowing just six hits with one unearned score, to reach four wins on the campaign.

Alexander Ayala (3-1) was the executioner who, with a brace in the bottom of the ninth inning, left the current national champions lying on the grass, in a game where Leonel Moa (5-1) hit a solo shot.

Closer Carlos Santana allowed three hits and the score that decided the match and charged was the reverse.

For the Alazanes, waiter David Tamayo continued to show credentials and from the leadoff spot hit three hits in the same number of opportunities, half of all that his team could get.

The Hunters of Artemisa mistreated the Elefantes de Cienfuegos pitching again and machine-gunned them with 16 hits to beat them for the second consecutive day, this time with a score of 11-1 to knock them out cold in eight episodes.

Henry Llorente stole the show with a pair of doubles and a home run in four at-bats, in addition to driving in five runs. Carlos de la Tejeda went 4-for-4 with an RBI, and Daniel Lopez brought home two with two singles in four plate appearances.

Lefty Manuel Murgado barely allowed a couple of hits and an earned run in 6.1 innings of work and achieved the first victory in his sports careerwhile Pedro Mesa made the first start of his life and could barely get two outs before leaving defeated with three touchdowns on his back.

In the Cristobal Labra The Pirates of the Island continued to party and were well protected against the Hurricanes of Mayabeque and defeated them again, this time with a final score of 5-2.to stay hovering very close to the qualifying zone.

Dorvis Navarro only allowed a couple of hits in two-thirds of the game with the same number of goals and took the success, helped by three other pitchers who knew how to keep the doors closed against strong winds, including Franklin Quintana who pitched 2.2 innings without tolerating hits to earn his fifth save of the fight.

Aquimo Jiménez compiled 3-4 with a triple included, José Luis Bring 5-3, and the duo of Luis Felipe Rivera and Yasmani Viera 3-2 each. Everyone brought a partner to the plate.

Antonio Baró withstood seven hits, and gave away three walks with three runs allowed in just 3.2 innings of work, and was defeated.

For the visitors Rafael Fonseca was the only one who could link a couple of hit connections.

The Villa Clara Sugar Producers continued on a roll and extinguished the cigars of the Vegueros de Pinar del Río to beat them 7-3reach four successes in a row, and remain among the top eight teams in the championship.

The young left-hander Oscar Hernández excelled in the box and walked six innings without accepting earned runs while striking out four rivals and barely allowing three hits, to achieve his first success of the contest, and Mailon Tomás Alfonso retired the four batters he faced striking out two, to save his second game.

Julio Enrique Miranda drove in two with a pair of singles in five at-bats, while Raidel Pedraza, Yeniet Pérez, and Leandro Turiño each went 2-for-4, the latter including a double.

Vladimir Baños was a worthy rival, working two-thirds of the game with seven strikeouts and only two runs allowed (one unearned), but he was defeated.

In the Julio Antonio Mella the Holguín Cubs rebelled in the last third of the game and bit the Lumberjacks of Las Tunas to defeat them 10-8snap a four-game winning streak, and push them away from the qualifying zone again.

Edilse Silva (5-4) did most of the work, hitting a pair of full-lap drives to drive in six runs, and became the hero of the fight.

The winner was Michel Cabrera, after making a long relay of 5.1 innings where he was stepped on the home plate three times, and Uberleydis Estévez scored the point for game saved by pitching the last inning without complications.

The lefty Yudiel Rodriguez endured seven annotations (one dirty) in the same number of chapters workedbut he left without a decision, and the disaster was suffered by Yasiel Luis Labrada by supporting three races in 1.2 worked episodes.

For the Leñadores, Yosvani Alarcón (4-1) and his brother Yordanis (5-2) took the fences, the latter to compile three RBIs.

Finally, the Guantanamo Indians They also revealed themselves in a foreign court and with a five-run bouquet in the so-called lucky inning, they downed the Tigres de Ciego de Ávila 7-3 to level the particular series.

Yoelkis Baró went 3-for-4 with a tubey included, Biorgelvis Roque had three singles in five at-bats and drove in two runs, and Eulogio Marcilli also brought home two with two of five chances.

Pablo Aníbal Salgado stayed six innings on the mound at the rate of four hits and three earned runs to reach two wins, and Yeudis Reyes earned the save by allowing no hits or runs for 2.1 innings.

Leonardo Reyes only got one out and was the loser of the challenge, after bowling one rival, hitting another, allowing a hit, and allowing four runs, three of them unearned.

The three stripes of the Tigres were drawn by Rubén Valdés with a triple with the pads full. 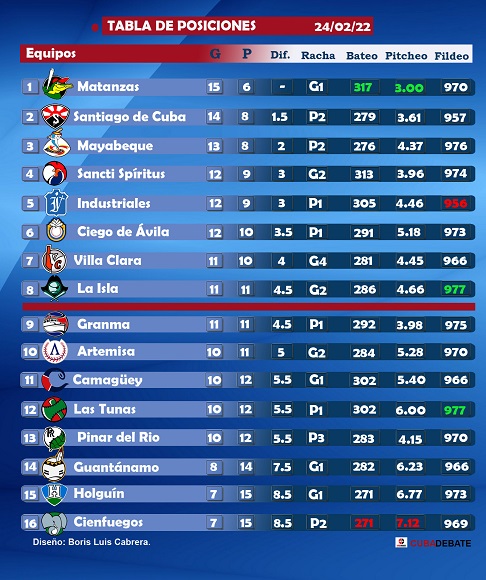 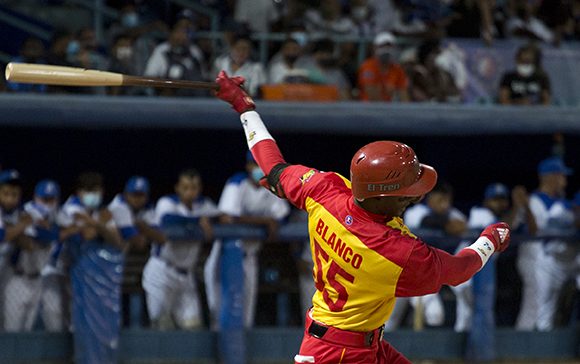 Eduardo Blanco went 3-for-4 with a double and RBI in the Crocodiles’ win. Photo: Irene Pérez/ Cubadebate. 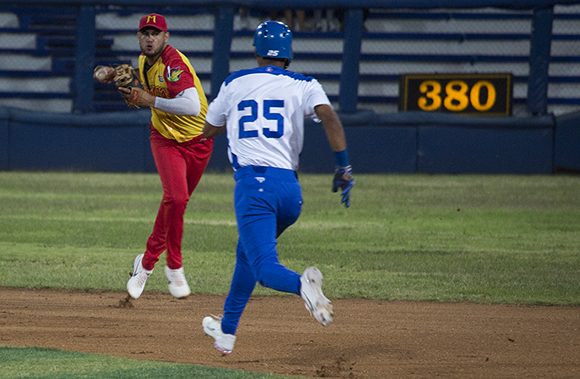 The rivalry between Industriales and Matanzas filled the Latino for a couple of nights. Lions and Crocodiles delivered as if they were in a final. Photo: Irene Pérez/ Cubadebate. 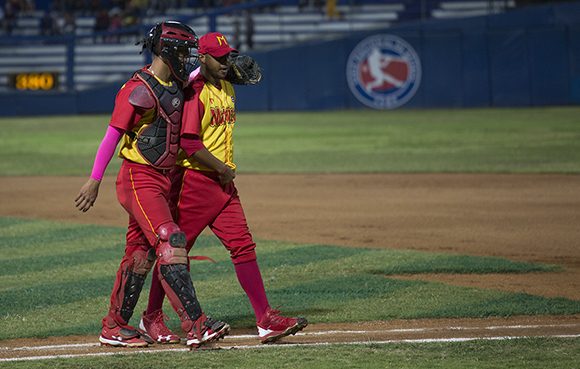 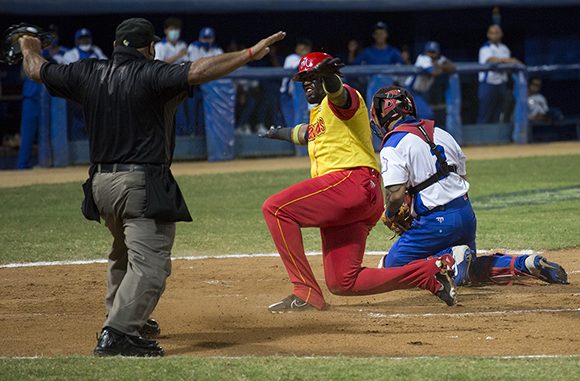 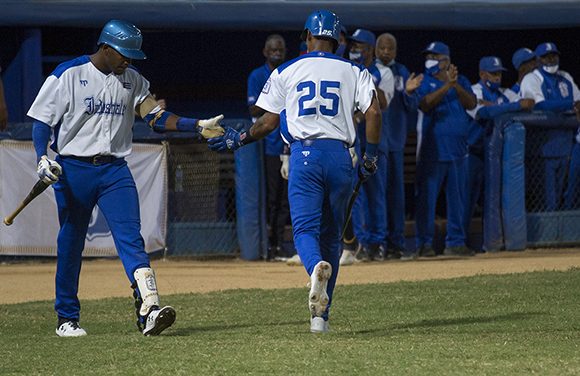 The rivalry between Industriales and Matanzas filled the Latino for a couple of nights. Photo: Irene Pérez/ Cubadebate. 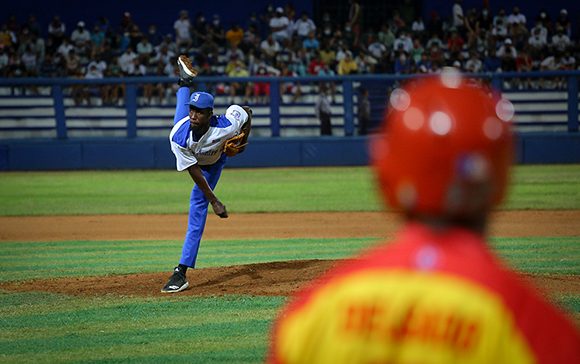 A cluster of three touchdowns by starter Pavel Hernández gave the visitors an advantage that they would never lose in the match. Photo: Irene Pérez/ Cubadebate. 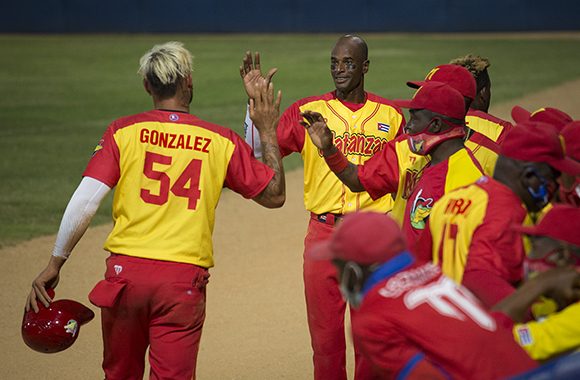