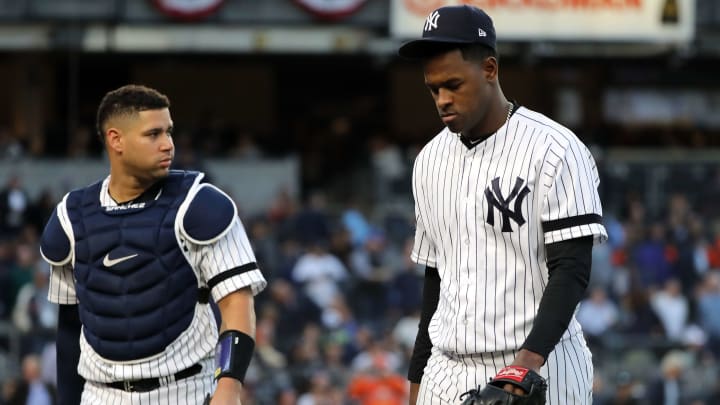 The new setback in the recovery of Luis Severino is treated with great zeal by the New York Yankees, who are beginning to doubt whether they will see the right-hander pitching this season of MLB.

The Dominican underwent an MRI on Monday to assess the discomfort that prevented him from making what was expected to be his last rehabilitation outing before finally returning to the Big leagues.

However, manager Aaron Boone declined to comment on the results and is believed to be awaiting a second medical opinion.

The Yankees’ disappointment is understandable. Severino he was called to be the ace of the rotation in the Bronx Mules. Instead, he will soon be two years old without climbing a mound.

His last three outings in the majors were in September 2019, after spending the year battling injuries. In the spring of 2020 a discomfort in his arm that did not seem serious ended up taking him into the operating room for Tommy John surgery.

Blinded by the 19 games he won in 2018 and a future that seemed splendid at the age of 24, he was given a four-year, $ 40 million contract extension in February in New York. After that, Severino has only pitched 12.0 innings.

Two years remain in that pact and Brian Cashman must be weighing options. On the one hand, Severino is still young, at 27 he can hope to see him still perform in the majors.

On the other hand, it is possible that patience with the Dominican has come to an end. He hasn’t finished recovering after two years, and the Yankees need pitchers who can help.

His tendency to injuries can tip the balance and decree his departure from the organization and, surely, the result of the resonance that is shrouded in so much mystery is the key to making the decision.