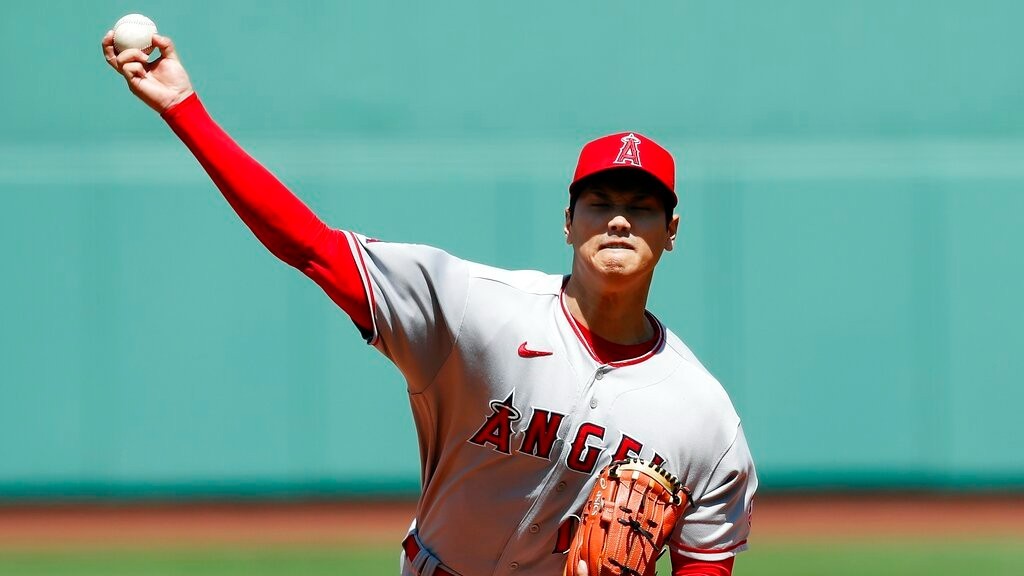 A often seen at shōhei ohtani as a great slugger and forget that he is a two-way player who can also throw like a legend. Today he took over the mound at Fenway Park to play the Boston Red Sox in their own stadium for the first time this season. not be the last. But Shohei came out determined to have another hysterical evening with his incredible throwing repertoire.

When he’s not a 99 mph fastball, Ohtani also throws some great curveballs. This Thursday he was insatiable for 7 innings and left the mound completely clean of players from the opposing team.

By the time the seventh inning came, the Japanese pitcher had already struck out 11 players and completed the best launch stat of the season so far. To date, no pitcher has thrown more strikes and no starting pitcher has had as high a strike percentage in a single game this season as ‘Sho-Time.’

Ohtani threw 99 pitches against the Red Sox, of which 81 were for strikes.. This guy is just from another world and there may be no ceiling for him. After his performance ended, many in Fenway Park were elated because they knew they were witnessing something truly special.

Shohei Ohtani hits third for the Angels today against the Red Sox.

The last starting pitcher to bat in the top four spots at Fenway? Babe Ruth.

In terms of hitting, Shohei Ohtani also made history by batting third at Fenway Par. The last batting pitcher to start batting in the top four at Fenway Park was none other than Babe Ruth. In terms of how effective it was, Shohei had a couple of hits, a run, and one of the funniest moments in the game while batting.

One of his hits lowered his number ’17’ on the scoreboard. It was a fun moment that shows that everyone witnessed something special. Fans should buy tickets to see the Angels this season and wish they could see ‘Sho-Time.’

Just Shohei Ohtani knocking his own number off the scoreboard pic.twitter.com/aXAGo9Bn5I