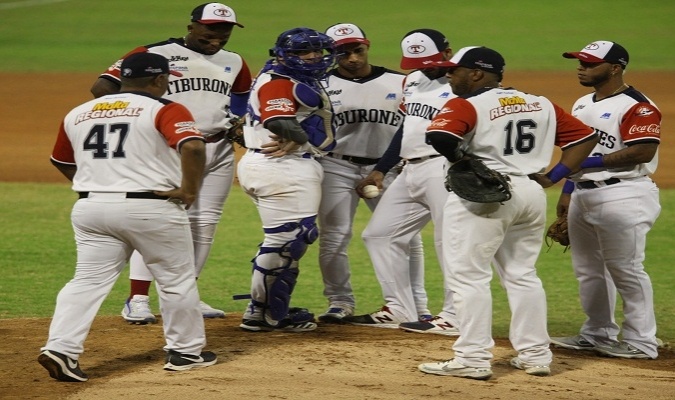 With the dismissal of Dennis Malavé, there are already three managers who have been dismissed from their position in this 2021-2022 campaign. Tigres, Águilas and Tiburones changed helmsmen seeking a reaction from their team in the midst of difficulties, consecutive defeats and slumps that the offices seek to end with an aggressive move.

Jackson Melián now has the responsibility of getting the school to safe waters, after management decided to give him command. It will be his second experience as a strategist in the LVBP, after passing through Caribes de Anzoátegui, a team he led to the final in the 2019-2020 season.

Malavé was the desire of the management led by Fernando Veracierto and Richard Díaz for two years, but the current moment of La Guaira (they have three defeats in a row and seven setbacks from their last 10 commitments) merited a decision.

The salty ones occupy the sixth place of the classification with a record of 11-15, a game that yes, of positions that give access to Round Robin. Leones closes that quota at 12-14, but Sharks is just one game away and does not want to miss the boat.

During their slump, pitchers combine for a dismal 5.50 ERA, the sixth-worst in the championship. Pitchers like Junior Guerra or Jorgan Cavanerio, who in theory are the two reliable arms of the Guairista rotation, could not win their last games, and that makes it more difficult for the team to come out with flying colors because it is the 1-2 of their mountainous body.

Other pitchers like Víctor Díaz (6.08 ERA) or Eudis Idrogo have not been the same as in other years. In addition to this, they have received important blows such as the loss of Brayan Rocchio (sent to stop by Cleveland) or the absence from Sunday of Ricardo Genovés.

Their offense has suffered a slump in recent games, being shut out twice by the Cardinals and Eagles on successive days. .283 is the average for Sharks, and their homer share (19) is also low compared to the rest of the teams. They will have to make adjustments because in the middle of such an offensive league, it is essential that their bats produce.

There is still time to wake up and not lose its way, but Sharks is already looking for a kill move that does not make it leave the competition because it is in January.