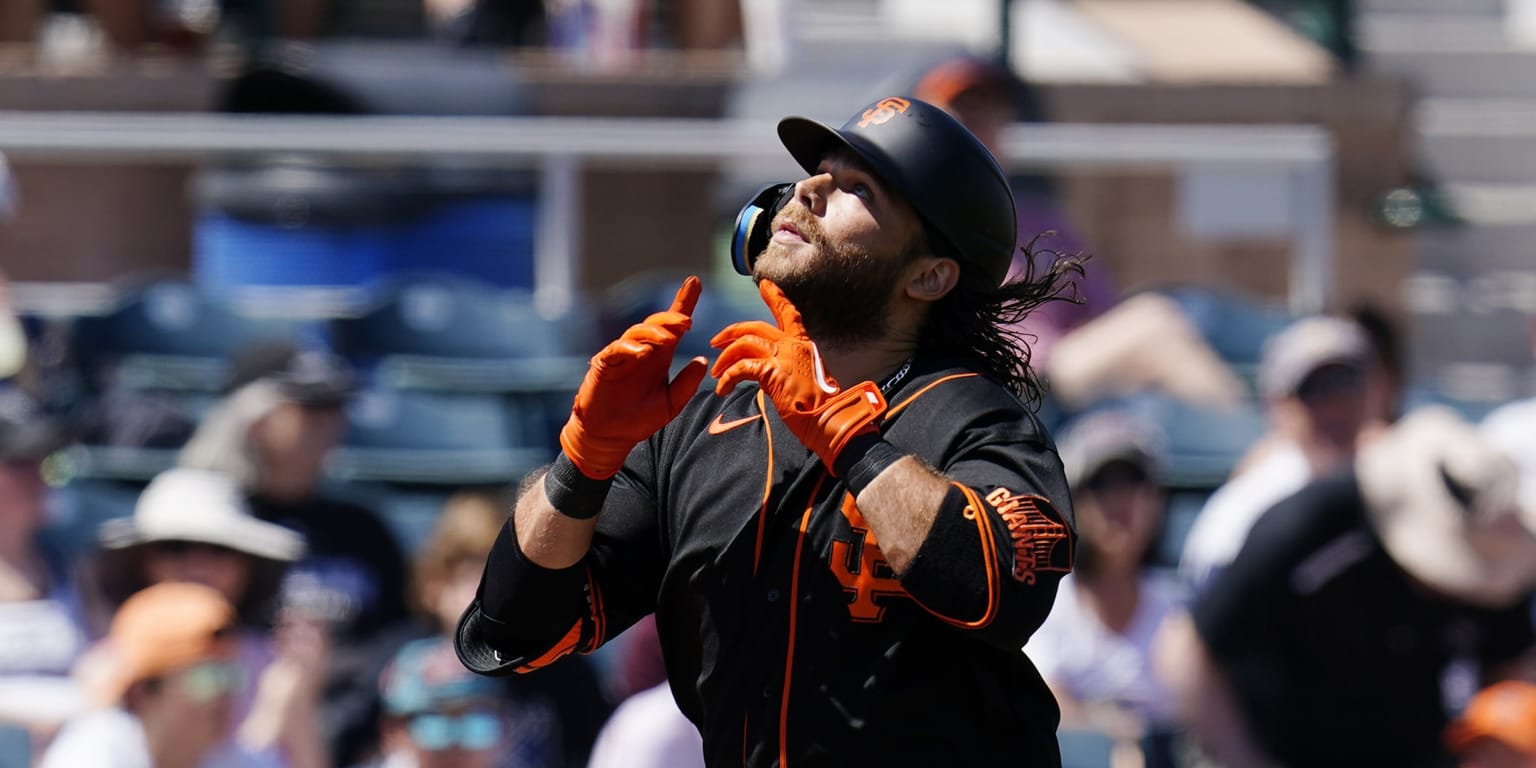 SAN FRANCISCO — A year ago, the San Francisco Giants were inspired by voices outside the team who doubted they would be able to put up a fight in the talented NL West.

Now they’re in the spotlight after setting a franchise-record 107 wins and beating the rival Dodgers for the division crown on the final day of the season, then falling to Los Angeles in a thrilling five-game series in the first round.

Shortstop Brandon Crawford and his teammates want to go further. Another World Series championship is the ultimate goal. The Giants were crowned in 2010, ’12 and ’14. This is an even year.

“The goal is to be the last team standing, we’ve done it a few times already,” Crawford said.

San Francisco closed last year 107-55 and held the best record in baseball for 125 days, a turnaround from the 29-31 record in Gabe Kapler’s first season as manager. They ended the Dodgers’ eight-year reign in the division.

The key was the emergence of Logan Webb as the ace of the rotation.

Webb took the mound for the Giants to beat the Padres on the final day of the regular season and was undefeated after a May 5 loss at Colorado. The 25-year-old right-hander and two relievers shut out the Dodgers in a 4-0 win in Game 1 of the playoffs.

Crawford and Brandon Belt excelled last season, but the Giants missed Belt’s bat during the playoffs. He broke his left thumb after being hit by a ball while attempting a bunt Sept. 26 in Colorado.

Keeping him healthy will always be a priority for Kapler.

Crawford signed for $32 million and two years in August. He is coming off a .298 batting average with 24 homers and 90 RBIs.

The Giants won’t be trying to repeat their formidable home run numbers from 2021, when they set a major league record with 21 pinch-hit home runs and 241 grand total.

LaMonte Wade Jr. hit 18 home runs in his first season with San Francisco, leaving his mark with six hits that served to tie or add the winning run in wins.

New outfielder Joc Pederson won rings the last two years, with the Dodgers and then the Braves. He arrives in the Bay Area determined to see the Giants capture another championship.

“There are people on this team that have three World Series rings, which is incredible. It’s like having Tom Brady status,” he said.

Receiver Joey Bart has only played 35 games the past two years, and now he’ll have more responsibility. Bart and Curt Casali will split the job behind the plate — at least initially — after Buster Posey’s retirement. Bart was the second overall pick in the 2018 draft. He had action in two games with the Giants last year. He hit .294 with 10 home runs and 46 RBIs in 62 games with the Triple-A affiliate.