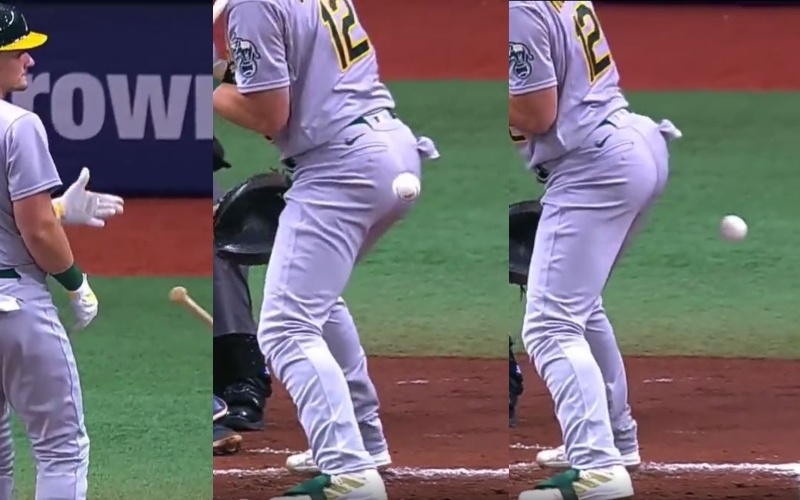 The receiver of the Oakland Athletics, Sean Murphy, stole all the attention after receiving a pitch right in his buttocks against the Tampa Rays in the MLB.

In a game that was on one side for most of the time, Sean Murphy he stole all the tension of the night, despite the fact that he was not the offensive or defensive hero. However, he received a pitch right in their buttockssomething unusual in recent seasons in Major League Baseball.

The most curious thing of all is that the Rays catcher, Dominican Francisco Mejía, was looking for the ball thinking that it had simply gone backwards and that it had not hit Murphy, but pitcher Chris Mazza already knew that his pitch was not no good and that now he had another runner at first base.

May baseball be eternal 🤣🍑⚾️🔥 pic.twitter.com/19CyESdfj4

As usual, teenagers who play catcher for a long time during their development, may be advancing as a player, but in turn, the glutes grow a little more than other players of other positions and Sean Murphy is no exception.

Murphy was the same one who won the gold glove last season, above other receivers like Salvador Perez, Martin Maldonado, among other faithful candidates. However, his name may be mentioned again very frequently in the coming days. It should be noted that in just minutes, with this pitchthe buttocks by Sean Murphy went viral on social networks and was the victim of many months like these:

Sean Murphy receives a pitch where there are no protectors