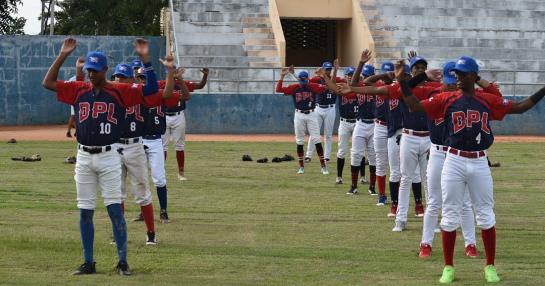 when from Big leagues It is said that an international lottery to recruit young Latinos is the only way they see to correct problems in the system, they are not limited to pointing out school dropouts and early pre-agreements.

The league also wants to curb corruption among team employees and agents related to the prospectsa headache from yesteryear that liquidated careers even of managers in the MLBtempted by a business that already distributes more than US$80 million a year.

Last month, Ulises Cabrera, president of the DPL and certified agent of MLB, denounced in The Athletic that a “significant” amount of the personnel of the organizations receives compensation from some coaches. And that the MLB has let the problem get out of control.

Cabrera not only reiterates it, but also shared with DL an audio of a listener who reacted to the note, where he explains how bonuses are inflated to players and then the money is distributed.

“What you said in that article is the pure, the pure truth, Ulises. Hey me, this is shit! I am a scout and I belong to some scouts I feel ashamed, brother. Look, the scouts telling the coaches, those coaches who aren’t big names, ‘I’m going to take your players there (to the team) but you have to give me what’s mine, otherwise, there’s nothing, this and that,’ listen to me, to the frank my brother, “says the headhunter.

The corrupt scheme, managed at a high level, has the direct effect that organizations compromise their budgets with excessive prices, so they are left without resources to sign other young talents whose only option is to sign for low bonuses.

Not only are payments made after signing, there would also be the purchase of real estate and vehicles.

“The problem with the cancellation (of a suspicious listener) is that the teams need clear proof to avoid being sued by the scout they take out,” says Cabrera. “The teams named the Big leagues that sounded on steroids, it is time that those teams that are known also mention it ”.

The MLB He has proposed to the players’ union in the current negotiations to establish a draft, which would prevent any previous agreement, since the teams would not know who they could sign until the time of the draw.

Scouts are again under scrutiny for corruption with bonuses