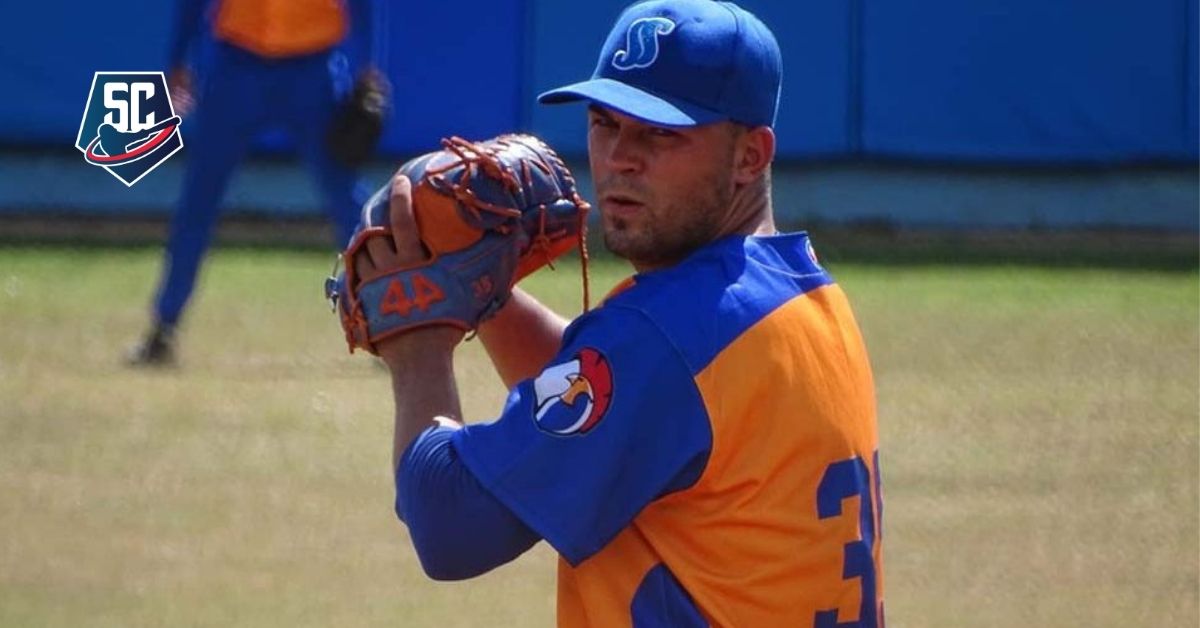 On the night of this Tuesday, February 22, in the continuation of the 61st edition of the National Baseball Series, the Sancti Spíritus Roosters (11-9) defeated the Santiago de Cuba Wasps (14-7) by 4×0 shutouthanging from the arm of the youngster José Eduardo Santos, who took his second success of the season without the shadow of the setback.

It was a good baseball game held at the José Antonio Huelga stadium in Sancti Spiritus, between two of the best teams of this season, with an excellent duel of pitchers that already seemed interesting from the previous one and really did not disappoint.

The veteran of a thousand battles Alberto Bisset worked for the indomitable, who remained undefeated in the contest, while the talented Santos, one of the best pitchers of the Cuba team that participated in the last Under 23 World Cup with headquarters in Mexico.

The hosts took command in the closing of the third when they combined a single by shortstop Rodoleisi Moreno (3-3, CI, 2 CA), a fielder’s choice on a groundout to pitcher Daviel Gómez that left both runners alive and a RBI single by first baseman Yunier Mendoza (4-2, double, 2 IC), a shot on which the indomitable right fielder Francisco Martínez made a costly error that took Mendoza to third base and caused the second score of the yayaberos in the legs of David.

The Santiago men threatened in the opening of the fourth inning when outfielder Yoelkis Guibert (4-2) hit a double with no outs on the scoreboard, but Santos put in his arm and retired the three batters that followed him in order to score zero. At the close of that inning, the Sancti Spiritus also tried to widen the score, with consecutive singles by Carlos Gómez (4-2, CA) and Dismani Ortiz (4-2) and a sacrifice bunt by Moisés Esquerrés that put the runners ahead, but Yadiel Guerra’s fly ball to center field turned into a double play, due to an excellent shot at the plate by Guibert that chilled Gómez very close to the register.

An inning later, the Roosters put the 3×0 on the board, when Rodoleisi came back into circulation, this time by unstoppable to the central defender and stole second base, from where he scored by Mendoza’s double to the right field. Veteran Frederich Cepeda was intentionally walked, his third of the night, but Bisset was able to stay on the mound by dominating Dunieski Barroso and Carlos Gomez on fly balls to Guibert’s glove.

In the upper part of the sixth inning, the indomitable began by basing their first man on a single by Francisco Martínez, but the Sancti Spiritus’ right-hander forced Ariel Benavides to hit for a double play. At the conclusion of that same episode, with one out on the board, Esquerrés reached first base by mistake by third baseman Adriel Labrada (the second of the night for Santiago) and Rodoleisi received a free walk, although everything was in danger because Bisset managed to keep the game with difference of three races.

Entering the last third of the game, Santos continued to exert his dominance over the people from Santiago, retiring the first two batters he faced in the lucky inning, before allowing a double by Rudens Sánchez, who reached third for wild pitch. Immediately afterwards, the talented pitcher from Sancti Spiritus granted a ticket to Dasiel Sevila, but forced the extremely dangerous emergent, Osday Silva, in “palomón” to the intermediate.

Bisset came back into the ring for the Wasps in the bottom of the seventh and withdrew the Gallos’ thick batch made up of Mendoza, Cepeda and Barroso on his order.

In the eighth, José Eduardo Santos retired the emergent Yaicel Pérez in an attempt to touch the ball, but he took Francisco Martínez to first by walk, which seemed enough to the manager of the Roosters, Eriel Sánchez, who decided to extract him from the box, after an excellent performance with a waste of courage of 7.1 scoreless innings, five hits allowed, three strikeouts and two walks, to secure the victory.

The right-hander Yankiel Mauri (1.2 EL, 0 C, 1 H, 1K, 0 BB) was in charge of replacing the yayabero starter and he couldn’t have done better: he dominated the emergent Marcos Fonseca on a fly ball to second base, which served to double in the initial to Francisco Martínez who had come out with the hit, in a totally incomprehensible action, losing his team by three touchdowns.

The Gallos underpinned their success in the basement of the eighth by scoring another run, after connecting two hits to Bisset opening the inning, coming off the bats of Carlos Gómez and Dismani Ortiz, who decreed the indomitable veteran pitcher to leave the mound, giving way reliever Yosmel Garcés (1.0 EL, 0 C, 0 H, 1 K, 0 BB).

The new pitcher for the Orientals did not do badly: he hit Esquerrés to fill Gallos’ bases with no outs on the board, he struck out Alexis Miguel Varona and although he allowed Rodoleisi’s sacrifice fly that brought Gómez home, putting the game 4×0, he closed the inning with a rolling to the box, keeping the game close, although only three outs from defeat.

However, Mauri closed out the ninth inning, despite allowing a single from Labrada, to add his first save of the contest.

The indomitable veteran pitcher, Alberto Bisset, suffered his first setback of the season after four successes in a row, despite working for seven full innings, allowing four runs, three of them earned, and enduring nine hits, with three strikeouts. and four tickets.

The Roosters closed the game with nine hits without errors to the defense, while the Wasps added six hits with two fumbles. Tomorrow this duel will be repeated at the José Antonio Huelga, starting at seven at night, with a pitching duel that could be just as interesting: Carlos Font for Santiago versus Yuen Socarrás for Sancti Spíritus.

In other results of the day today, Villa Clara defeated Pinar 5×4, Artemisa 9×4 Cienfuegos, the Island beat Mayabeque 5×2, Ciego de Ávila whitewashed Guantánamo 4×0, Granma was better 6×5 that Camagüey, Las Tunas also whitewashed Holguín 6×0, while at the close of this article, Industriales was beating Matanzas 4×3 in the Latino after five chapters.

Santos SILENCED Santiago in a waste of COURAGE, a great LOST the undefeated