When it seems that the traces of the Astros sign-stealing scandal in 2017 have been left behind in people’s memory, new events occur that remind us that there are still many who do not forgive.

On this occasion, an event occurred that featured the Chicago White Sox left fielder, AJ Pollock, who was a member of the Los Angeles Dodgers franchise between 2019 and 2021. Let us remember that the World Series won by the Sidereales, that year 2017, was precisely against that franchise.

It may interest you: Despaigne, Viciedo and JM Fernández STOLE THE SHOW in Asian day

During the third game of the series between the White Sox and the Houston Astros, held last Wednesday, August 17, in the top of the eighth inning, Yulieski Gurriel He hit a line drive to the left wing, a hit without major difficulties, but after watching the video carefully, we can clearly read the expletive thrown at the man from Sancti Spiritus on Pollock’s lips.

“Fuck you bitch” were the exact words of the former Dodgers player, words that I think do not need translation into Spanish and that are irrefutable proof that there is still a lot of resentment under the table and that people do not forget or forgive, even when they wear Other colors.

It may interest you: Yordan was key and Yuli Gurriel EXTENDED STREAK in Houston’s victory over Chicago

Without further ado, I leave you with the play and remember that you can review all the videos of Cuban baseball players by following this link. 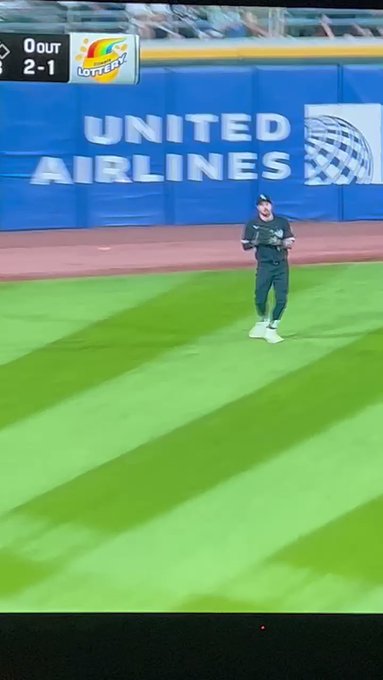