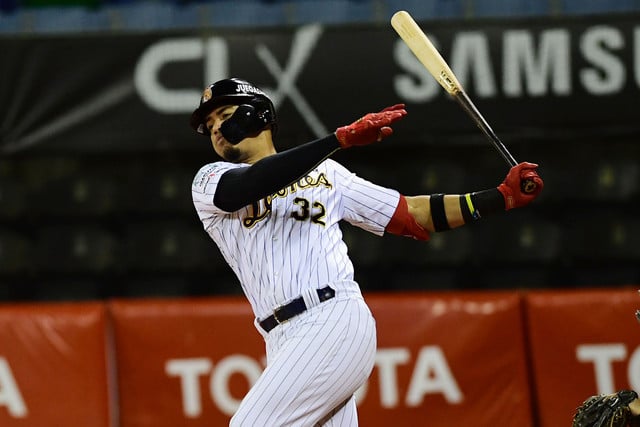 The Venezuelan Gardener Romer Square, surrendered statements after he was changed teams in the Venezuelan Professional Baseball League (LVBP).

The young patrolman Romer Cuadrado, entered the aggressiveness of the changes at the beginning of the low season of the LVBP, where he went from the Leones del Caracas to the Navegantes del Magallanes.

Square Romer, was part of the roster of the Venezuelan National Team that won the Under 23 World Championship, being one of the fundamental pieces that arrived at the “Nave Turca” by Gabriel Noriega, Juan Infante and pitcher Luis Rico.

In a telephone interview conducted by Víctor Boccone, he indicated that Cuadrado expressed his astonishment at leaving the team so soon, that he knew of the Lions’ need for a shortstop but did not imagine that he would enter the trade.

Romero Cuadrado, was a preponderant player in terms of offense in the elimination round of the LVBP 21-22 season, getting among the top homers of “los melenudos” after connecting five hits from four corners.

His arrival on the Magallanes team was a surprise to many; even to his own family, who thought it was a joke.

Other players who have played with Leones and then with Magallanes

Antonio Piñero and Romer Cuadrado, will be the next players who in the history of the eternal rivals, have been uniformed with both teams, baseball players like Mario Lisson, Carlos Maldonado, Ronny Cedeño, are some of the names that have lived such an experience.

Romer Square numbers in the LVBP

In two seasons in Creole ball, outfielder Romer Cuadrado has taken a total of 229 at-bats, in which he has hit 63 hits, 12 of them have been doubles, scoring 31 runs, driving in 45 lines, leaving a batting average of .275.

#lvbp. Yesterday we talked with Romer Cuadrado about his change to #Magellan and highlighted: “I didn’t think about leaving #Lions and less to Navegantes, but I’m going there to give my best. I want to gain experience with my new team.”

Romer Cuadrado on his change to #Magellan: “My dad thought it was a joke, but really everyone is happy because they took me into account and noticed my talent”

Romer Cuadrado and his testimony after being transferred to Magallanes