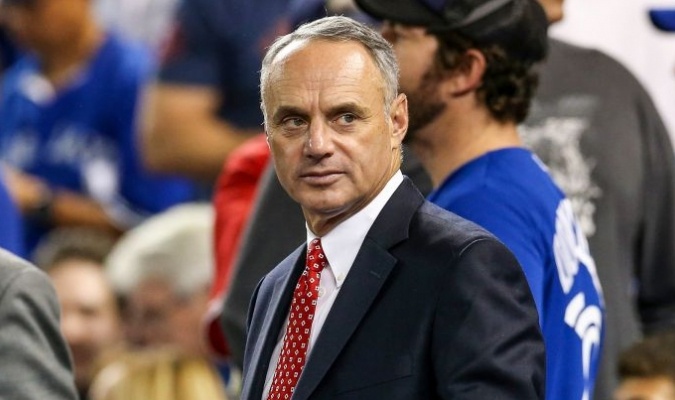 MLB Commissioner Rob Manfred on Saturday promised real progress in the latest round of CBA negotiations. Instead, the meeting brought with it more frustration.

Yet on Saturday we are just inches closer to a new CBA deal, while each passing day brings up the unfortunate reality that real, professional baseball is nowhere near happening on our terms.

MLB’s Lawyer Argued In Court That Minor Leaguers Should Be Considered Trainees And Be Paid With Experience, Not Money During Spring Training https://t.co/yqHKyUj7Kk pic.twitter.com/jvUfGEapI8

What happened at the Saturday meeting?

The last proposal of the owners was technically an improvement, pbut it did not include a big enough jump in financial terms enough for the MLBPA lawyers to approve or even be impressed.

Players have been unimpressed with offers from owners. Considering the owners’ idea for the lockout, that should infuriate the average fan. At the very least, come to the table with a viable counterpart.

Manfred is the face of this lockout and he must take it on. The following statement, delivered just two days ago, should point out exactly how seriously Manfred and the owners are taking these conversations at the expense of you, the average fan.

“You’re always one step away from a deal,” Manfred said. “That’s the art of this process. Somebody makes a move. And that’s why we’re going to do additional moves on Saturday that create flexibility on the other side and what seemed like a big gap on this issue or that issue is no longer such a gap. big.”

Rob Manfred singled out for the official delay of Spring Training