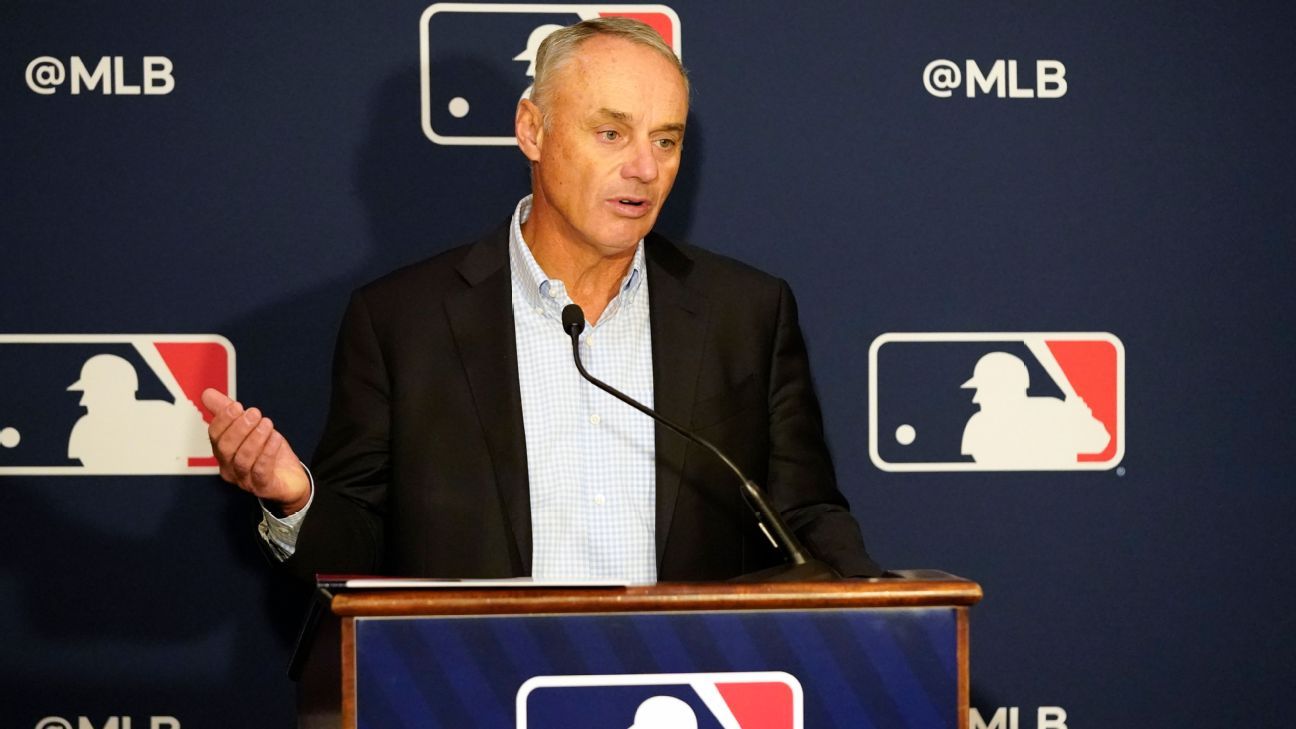 TAMPA, Fla. — The biggest day in baseball’s attempt to salvage its season comes Saturday. Major League Baseball plans to make a proposal that it hopes will defibrillate negotiations on a new collective agreement. And anyone who longs to hear the crack of the bat and inhale the aromas of a ballpark on March 31 should expect MLB to make a significant move. Because Opening Day may depend on it.

The person in charge of the league’s side of the negotiations, commissioner Rob Manfred, spoke Thursday for the first time since he locked out the players on Dec. 2. Seventy days after the MLB Lockout, already the second-longest work stoppage in the history of the game, he tried to project optimism, offering assurances that he still believes baseball will complete a regular schedule (losing games, he said, would be a ” disastrous result” for the sport).

In the midst of that pacifism, Manfred managed to illustrate why players are so aggrieved. During his 22-minute press conference, he argued that putting money in the stock market is more profitable than owning a baseball team, misrepresented facts about a vital part of the negotiations (through a spokesman, Manfred said wrong) and said “I’m the same person today as I was in 1998,” not exactly the kind of thing that speaks well of someone leading a sport in 2022.

Let’s start with a Manfred dating from the era of dial-up Internet access. Context is important: After answering a question about public criticism of him: “I don’t [presto] a lot of attention to social media, to be honest with you,” he said, Manfred cut off the next question to mark his résumé as a negotiator: “In the history of baseball, the only person who has made a labor agreement without dispute, and I did four of them, it was me. Somehow, during those four negotiations, the players and the union representatives figured out a way to trust enough to make a deal. I am the same person today as I was in 1998 when I took that job.”