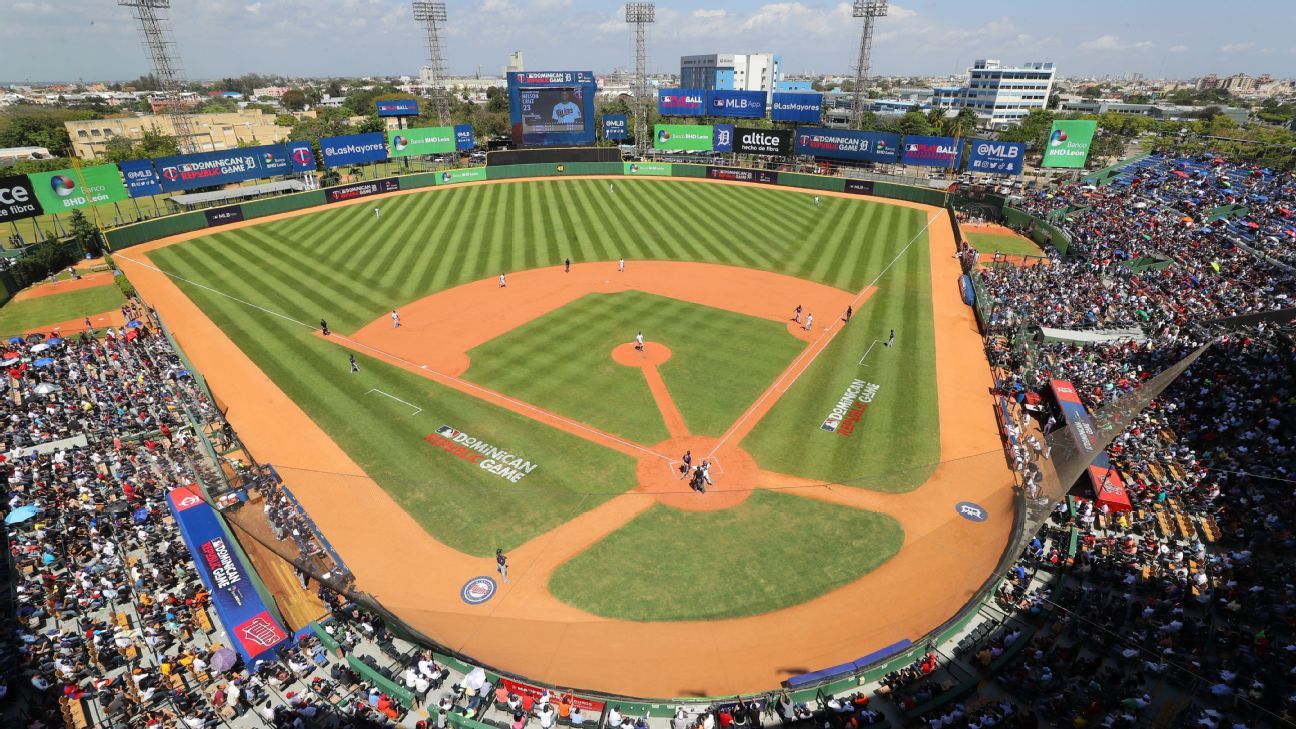 According to documents obtained by AP, venues in the Caribbean for the World Baseball Classics in 2023 and 2026 would also be evaluated.

After the announcement of an agreement that puts an expected end to the work stoppage between the Players Association and the Big leaguesthe time is approaching to define other important points regarding the future of baseball.

Among them is the celebration of MLB games outside the United States, including countries such as Dominican Republic and Puerto Rico.

According to a report by journalist Jorge Figueroa Loza of Puerto Rico’s El Nuevo Día, citing documents obtained by AP, Major League Baseball would have plans to hold a preseason game in 2024 in the Dominican Republic or on the ‘Isla del Encanto’.

In addition, it would be contemplating for 2025 and 2026 to hold meetings in Puerto Rico in the months of September, which would indicate that, unlike those mentioned above, they would be regular season meetings.

According to documents obtained by AP, #MLB has plans to hold games in Puerto Rico in September 2025 and 2026. Preseason games on the island or the Dominican Republic would be in 2024, as well as the World Baseball Classic game for the 2023 and 2026 editions.

Also, after the agreements are initiated and confirmed, there would be plans to hold World Classic matches in the Caribbean for the possible editions of 2023 and 2026.

The last time an official Major League match was held in the Dominican Republic, it was held at the Quisqueya Juan Marichal Stadium, on March 7, 2020, just a few days before the start of the restrictive measures due to the Covid-19 coronavirus pandemic. 19.

The meeting ended with the victory of the Minnesota Twins 7 runs for 6 over the Detroit Tigers with an attendance of more than 9 thousand fans, where the members of the Cooperstown Hall of Fame Pedro Martínez were also present to make the honorary throws. and Vladimir Guerrero.

Regarding the World Baseball Classic, several authorities from the Dominican Republic, as well as players and fans, have expressed their desire for the Caribbean country to host one of the stages of the international competition, which has proven to be a success in generating the interest of Quisqueyan fans.

In a new collective agreement:

The eternal question about the ability to hold Major League matches in the Dominican Republic continues to be the stadiums, which must make improvements to host the aforementioned matches.

However, this and other points, according to the report by Enrique Rojas of ESPN Digital, will be defined after the signing of the New Collective Labor Agreement.

Report: MLB preseason game in the Dominican in plans for 2024