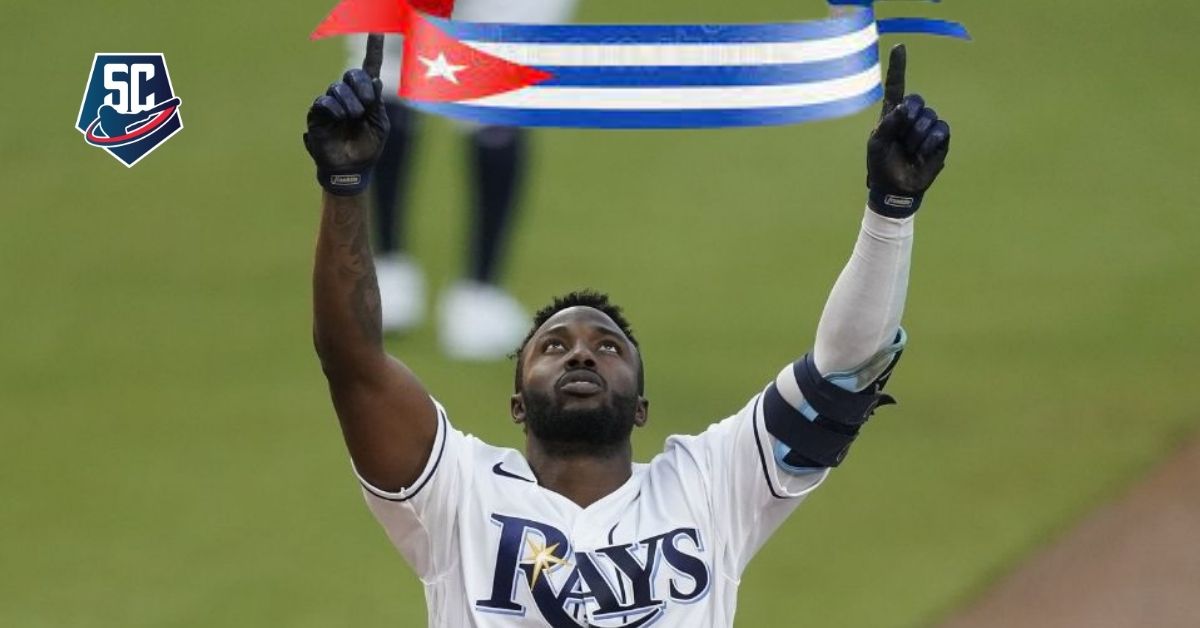 The American League Rookie of the Year in the last Major League season, Randy Arozarena, took top honors and ended up being the biggest draw in a special game held this Saturday.

With Tamiami Park as the venue, the fiery outfielder from Pinar del Río hit a huge home run that prompted his team to react to finally win the new edition of the Cuban Baseball All-Star Game for residents outside the Island that takes place every year in January in the city. of Miami.

The game was 7×2 at the height of the seventh inning in favor of Cuba Azul (they were all members of Industriales) when the scarlet ones revealed themselves with everything and little by little they were hitting until Arozarena’s huge hit came that put them to one of the equal It was the only home run from fences of the game, because a few minutes later there was another, but inside the field. This came from the bat of the lesser-known left-hander Ricardo Almagro, who served to clean the bases and leave the final score of 9×7.

Although they were not several of the stars that the main organizer Rafael Milanés had summoned, Yes, great exponents of Cuban baseball were present, such as Agustín Marquetti, Lázaro Vargas, Osvaldo Fernández, Rudy Reyes, Alexis Cabrejas, Enrique Díaz, Alexei Bell, Andy Morales and manager Jorge Fuentes, along with others with experience in the Major Leagues. like Eddie Oropesa, Alexei Ramírez and the active Andy Ibáñez and Arozarena.

Other acquaintances worth mentioning for what they once did in Cuba and what they have contributed to these events are coaches Eulogio Vilanova, Jorge Hernández and Román Suárez, as well as Juan Bravo, Luis Gustavo Pestana and former pitchers Carlos Emilio Rodríguez and Roland Viera. In the case of the latter, his assistance was particularly special considering that he had to drive for two hours from Naples despite the fact that he still has physical limitations in his hands after the notable impact he suffered from the pandemic. Even the member of the Industrialists between 1995 and 2001 was one step away from death.

The game was attended by between 2,000 and 4,000 fans who gathered in the spacious Tamiami Park to share and enjoy with these figures of Cuban baseball. There were many special moments between fans and players, and between the veterans and active players of the game.

A trophy was awarded to the winning team and special recognition was also given to Marquetti and Fuentes. A minute of silence was also dedicated to the legend who died on Thursday night Gonzalo “Cholly” Naranjo.

Going back to Randy, his presence in the place provoked the interest of almost all the attendees for photos, autographs and a brief dialogue with one of the current Cuban stars. And in the midst of all that atmosphere around him, there could be no better culmination than a home run that many were asking him for since his first at-bat (he had three in total).

Although the task for Milanés has been complex when summoning the participants together with all the logistics to organize the event, we must continue to recognize that despite certain negative details in a general sense, this initiative continues to fulfill its main objectives, which in the end and After all, that is what really matters.

It was almost five hours where the sun and heat took a back seat due to the level of fraternization that was experienced by fans, journalists and baseball players, on the only day of the year in which so many gather on a baseball field to remember great stories and add new moments that will be saved forever.

The commitment remained on the part of Milanés for 2023 with the promise of some, including Swing Complete, to contribute more with the idea of ​​perfecting this tradition for its growth. Cubans and their baseball deserve it.