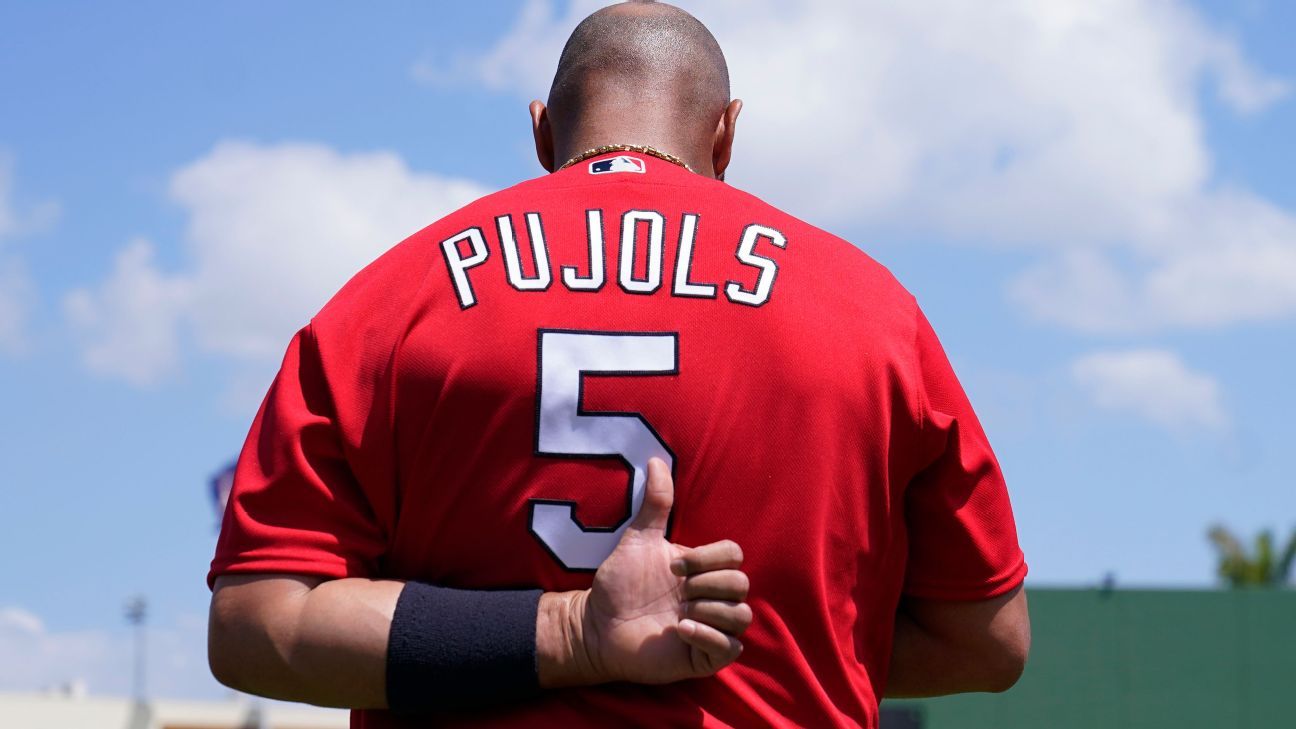 Albert Pujols he will be in the starting lineup for the St. Louis Cardinals against the Pittsburgh Pirates when the Dominican slugger begins his final season in the Major Leagues on Thursday, making a return to Busch Stadium.

Cardinals manager Oliver Marmol announced Monday that Pujols, who signed a $2.5 million contract to return to the team where he became a star, will be the designated hitter in his 22nd game on Opening Day. .

Pujols will tie Hank Aaron and Carl Yastrzemski for the second most, behind only Pete Rose, who has 23 during his career.

“I don’t want to raise expectations because I prefer a surprise. I’ll try to enjoy it,” Pujols said as he entered the final stretch of spring training in Jupiter, Florida. “For sure it will be emotional for me and for the fans as well. But right now I’m focused on getting as many at-bats and being able to be ready for this season.”

The 10-time All-Star later released a statement confirming that he had filed for divorce from his wife, Deidre, after 22 years of marriage. Deidre Pujols underwent surgery last week to remove a brain tumor discovered in October.

“I know it’s not the most opportune time with opening day approaching and other family events that have occurred,” Pujols said. “These situations are never easy and it’s something that just happened overnight. As a devout Christian, it’s something I never wanted to happen,” he added.

On the diamond, Pujols could occasionally substitute for Paul Goldschmidt at first base during the season, and was scheduled to have some filming there prior to the trip to St. Louis.

The Cardinals will essentially use him as a DH or pinch hitter in the late innings, in addition to capitalizing on his clubhouse experience.

Pujols, 42, and his close friend, Yadier MolinaThey have already said that they will retire after this season. The same could also happen with the right Adam Wainwrightwho accompanied the two to win World Series championships in 2006 and 2011.

Though he batted just .236 with 17 home runs in 2021, the three-time NL MVP is still something left-handed pitchers have to fear, averaging .294 with 13 home runs in just 136 at-bats, making him in a piece that gives the Cardinals more depth.

“It’s well blended,” Marmol said. “He has a fixation to go out on a high. He’s in top shape, he feels good and with his quality, every time he takes an at-bat, he’s going to feel better. Mentally and physically, he’s ready to go.”

Wainwright, 40, was selected to start the opening game. It will be the sixth time he has done it for St. Louis.

“Me and them two are the last ones left here, and it’s special that they’re with me at the end of my career,” Pujols said. “Hopefully we can fight for a championship. It would be so perfect.”

Pujols will start for the 22nd time on opening day