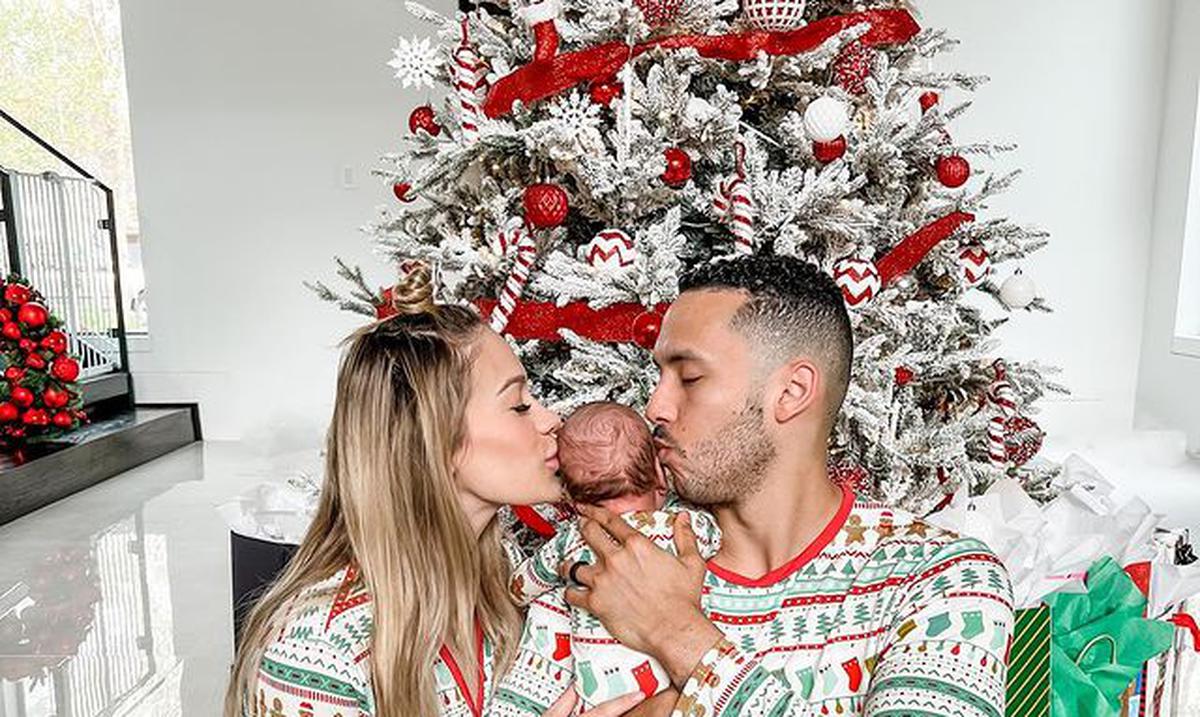 Just as anyone is used to taking photos with their family in the celebration of the On Christmas Eve and Christmas Day, and at present that includes sharing the images on social networks, Puerto Rican athletes on and off the island have shown their followers how the last hours have passed since yesterday.

From the traditional group to others a little more curious, they give an idea that in the end, the pandemic does not seem to make a difference or prevent each family from meeting as usual for these days, even in smaller nuclei.

For example, the Puerto Rican catcher for the Houston Astros in Major League Baseball, Martín “Machete” Maldonado, shared a message of gratitude accompanying a photo in which his two young children appear, sitting on a sofa next to the character of Santa Claus.

The tender photo is followed by others in which the player and his children appear, as well as his wife.

“After a year full of blessings and miracles that my family has received, nothing better than to close this cycle by celebrating such a joyous season. I wish you a Merry Christmas “, wrote Maldonado, who between late October and early November played in his second World Series with the Astros against eventual champion Atlanta Braves.

Other Puerto Rican Major League Baseball players have not been so expressive, however their respective wives have also shared family images with them and their children.

One of them is the shortstop’s wife Carlos Correa, Daniella Rodríguez, who posted on her Instagram account a nice photo with the couple’s newborn, Kylo, ​​who came to the world on November 29 and has not yet completed his first month. In the image the three appear together with the character of Santa Claus in front of a Christmas tree.

A few weeks ago Rodríguez also posted a photo with Correa, with Kylo snuggled between the two, presumably at his residence. Correa is spending the winter awaiting the signing of a contract with a major league team, as he is in free agency after playing his first seven seasons for the Houston Astros and playing in three World Series.

Alex Cora, the Puerto Rican leader of the Boston Red Sox, published in his case a striking photo in which they appear some dishes in the shape of Santa Claus with sweet cookies. Both dishes are inscribed with the names of his twin sons, Isander and Xander, a pride of the coach who never tires of mentioning them in the repeated interviews he gives both to the press in the United States and in Puerto Rico.

In the case of Miss Puerto Rico Universe 2010, Mariana Vicente, she published a tender image with her famous husband, the baseball player Kike Hernandez, Ranger for the Boston Red Sox.

In the photo they appear in front of the Christmas tree with the first-born Penelope Isabel on the player’s shoulders.

Kike, like Correa, became new parents in 2021. Kike and Mariana’s baby was born in January, so she is close to her first birthday.

Outside the realm of baseball, the tennis player Brian Afanador He also published a beautiful photo with his first-born Antonella Isabelle, who a few days ago was her first year.

Antonella Isabelle was born in December 2020, when Afanador had not yet qualified for the Tokyo Olympics, which were postponed due to the pandemic and took the stage in the summer of 2021.

And in another image appear him, his wife Noralis Soé Lugo and Antonella. Afanador comes from being the standard-bearer of the Puerto Rico delegation during the Tokyo 2020 Games, along with his cousin and also tennis player, Adriana Díaz. For both it was their second Olympics, since they debuted at the 2016 Rio Games.

Meanwhile, the Puerto Rican tennis player Monica Puig, champion and Olympic gold medalist at Rio 2016, is celebrating Christmas in her own way. The tennis player is celebrating the fact that after the ailments of her shoulder injury, she is returning to the court to practice, en route to her projected return to contention on the WTA world tour.

Puig, in her Instagram story, wrote a message with which she celebrates a simple but significant event for her.

“All I wanted for Christmas was to serve. Thanks Santa! First serve in almost three years ”, wrote the athlete, making an obvious allusion to the fact that due to the recovery process after the operation, he still could not do strength work.