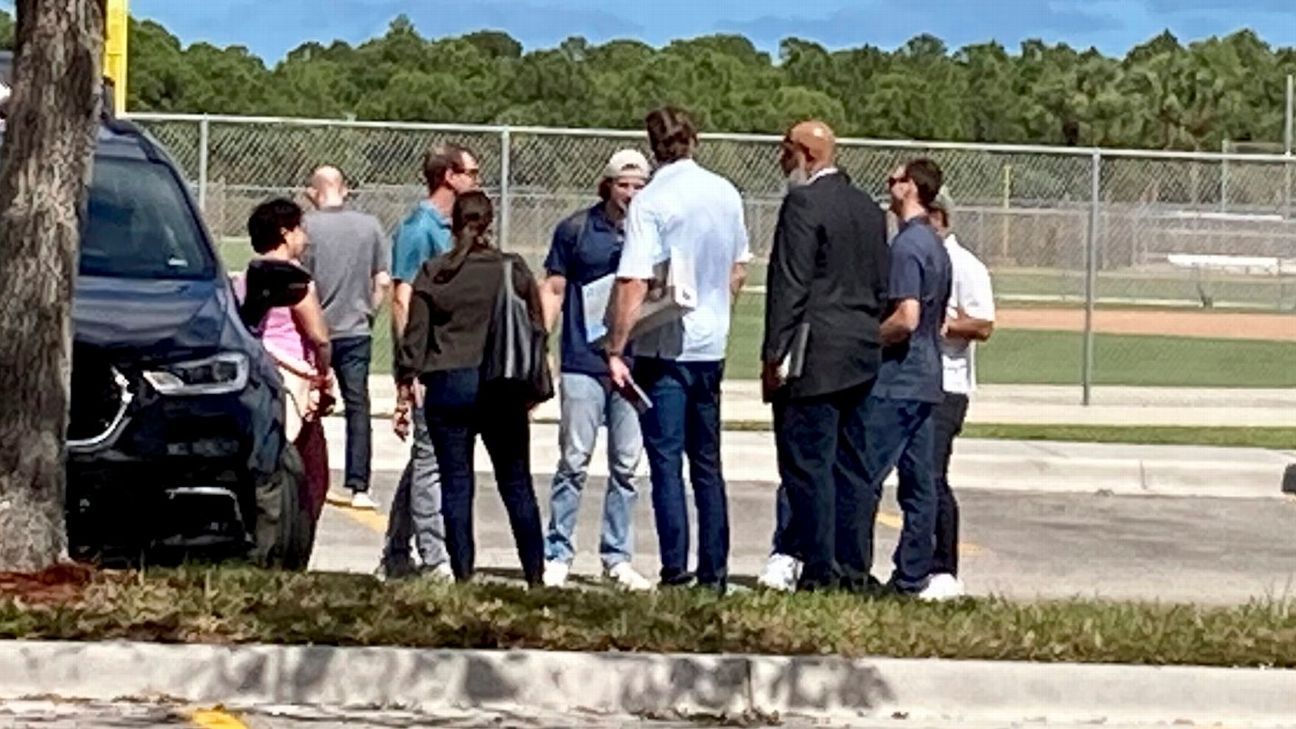 JUPITER, Fla. — Locked-out players submitted a multi-issue counteroffer to Major League Baseball on Saturday, as MLB’s Monday deadline for reaching a labor agreement to start the season on the scheduled day and complete the 162-game schedule.

After carrying out six sessions of negotiations on central economic issues since the start of the strike and until February 19, the parties have met six days in a row at Roger Dean Stadium, the spring training home of the Miami Marlins and Cardinals of Saint Louis.

The pitcher Max Scherzer and the shortstop Francis Lindor of the New York Mets, the pitcher of the New York Yankees Gerrit Cole and the free agent Andrew Miller were among the players who attended the talks. The ninth MLB stoppage, and first since 1995, reached its 87th day.

Parties arrived at noon, an hour before previous meetings this year, and met in groups for two and a half hours. The union held a Zoom session with around 30 player representatives.

A management delegation subsequently approached the union group in the building that includes the Cardinals’ clubhouse, and the union made the counteroffer.

Fifteen minutes later the MLB group returned to their offices in the main park building.

Details of the counteroffer were not immediately disclosed.

The MLB assures that if they do not reach an agreement on Monday, it will begin to cancel games because they would not have enough training time to play a full schedule.

After days of little progress, the sides came close to an agreement Friday on the amateur draft lottery during negotiations that included a surprise one-on-one meeting between commissioner Rob Manfred and union leader Tony Clark.

The sides stay apart on money issues, such as the competitive balance of the tax cap, the rate and eligibility for salary arbitration, the size of the pool for pre-arbitration players and the minimum salary. Players also want to reduce the profit share.

Players do not accept Monday’s date as a deadline to save the entire campaign. They have suggested that canceled games can be made up for with doubleheaders, something Major League Baseball rules out.

Once Monday’s date passes, the calendar issue will become another disputed issue, as well as lost wages and length of service.

The union has told Major League Baseball that if games and salaries are lost, union members will not agree to the proposals of managers, who seek to expand the postseason and display advertising on uniforms and helmets.