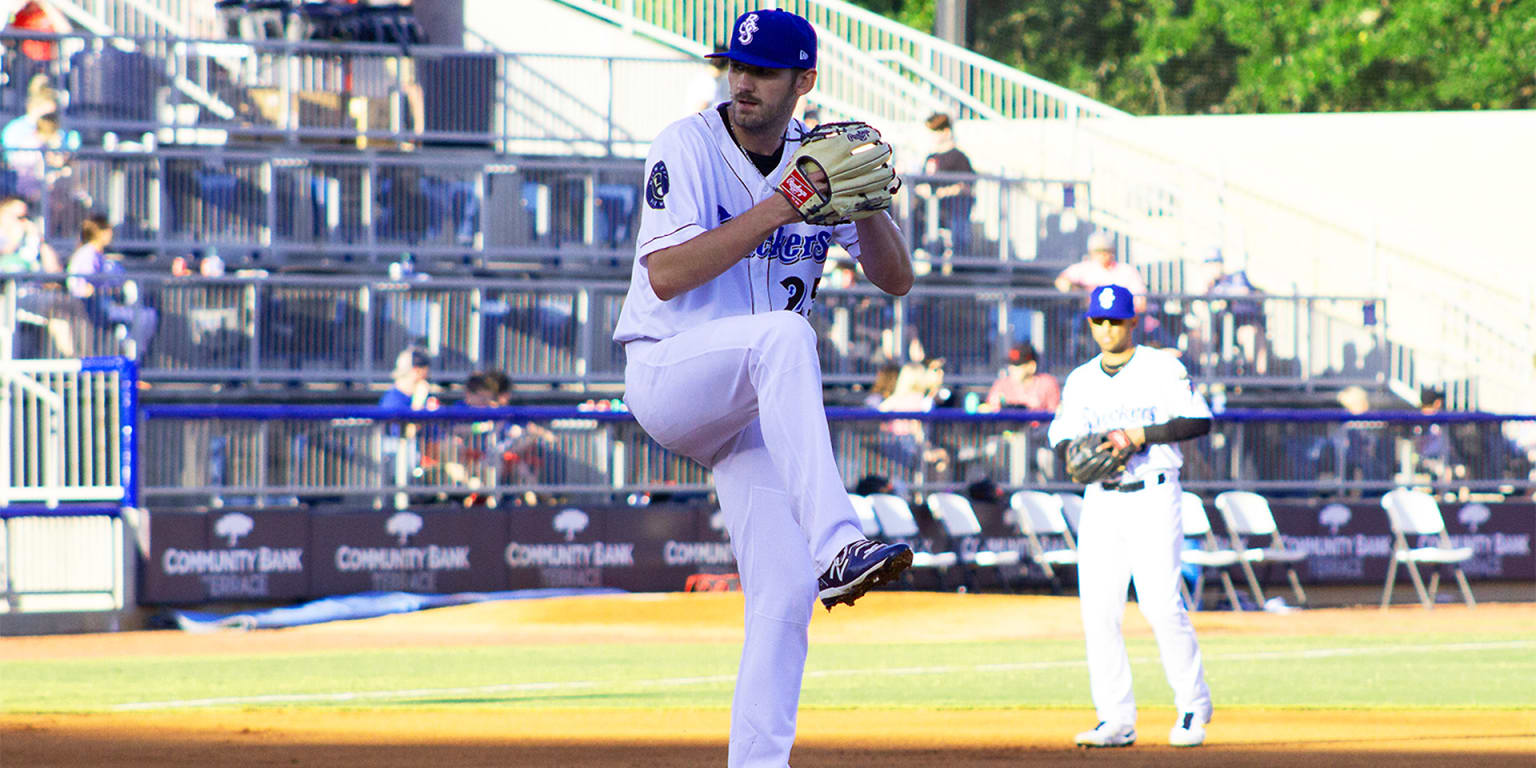 PHOENIX – The Brewers’ top pitching prospect, Ethan Small, grew up in western Tennessee as a Cardinals fan and, around 2011, did what most St. Louis fans did: He wore an Albert Pujols. So when Small found himself teaming up with the legendary slugger at LIDOM this winter, he had to make an effort not to look too excited.

“I didn’t want to be that kind of guy,” Small, a left-hander who ranks fifth among Milwaukee prospects according to MLB Pipeline rankings, said after reporting to the club’s Arizona complex.

The days Small spent in the Dominican league – he pitched 20 innings between five starts with the Leones del Esgido, where he shared with Pujols, fellow Dominicans Fernando Rodney and Pedro Strop, plus his new Brewers teammates, Mike Brosseau and Brett Sullivan – they bore fruit beyond sharing with the idol of their youth. The stay helped Small make up for innings lost to a finger injury midway through the regular season with Triple-A Nashville in 2021, a setback that left him with no chance of a year-end promotion by Milwaukee.

Now Small is back where he belongs.

“I think the time he spent in the DR was huge for him,” Brewers minor league pitching coordinator Cam Castro said. “A lot of people say if you can pitch in that league, you can pitch anywhere. I think he’s at a point right now where he’s ready to go into the season in the best physical shape of his life, and that’s pretty exciting.”

“I’ve told everyone I was going to go at least once,” Small revealed of his winter ball experience. “It is very tasty to see that culture, to see what all those boys go through. The passion of those games is something incredible. There are people in the gallery playing drums. For me, that was the most cool of everything”.

The experience this week in Phoenix is ​​certainly calmer. On Wednesday, Small was one of a large group of pitchers who held a session from the bullpen on the first day of the Brewers’ minor league camp. Small is part of a group of pitchers the organization thought could benefit from an early start.

“I’ve been here since Feb. 1, just trying to get ready a little bit quicker than in the past, and it’s been going really well so far,” Small said. “I feel ready, much more than in the last two training sessions.”

Small had a 1.96 ERA, a .186 batting average against and 67 strikeouts in 41.1 innings during his first eight starts with Nashville in 2021. However, over time, however, he began to experience discomfort in his middle finger. left hand, a situation that worsened in mid-July and ended up putting him out of action until the end of August.

He returned to Nashville to finish the season and then, at the Brewers’ suggestion, continued pitching in the Dominican Republic, where he worked especially on his slider, a pitch that went from being just one more pitch he had to “show” them from time to time. hitters and with whom he got very few swings throwing, one that is now a legitimizing part of his repertoire.

“Now I feel like it’s a weapon,” Small said.

Said Castro: “Some guys go through that gradual process of knowing who they are. He seems to already be there.”

Small is in a good position to make the jump to the majors in 2022. Under manager Craig Counsell, the Brewers have never been afraid to employ prospects once they are called up, starting with Brandon Woodruff in the 2017, then Corbin Burnes and Freddy Peralta in 2018 and Aaron Ashby in 2021. Small heard talk early last season that he could be considered for a move up, but then had to set his sights on 2022.

“This has made me work harder; that’s for sure,” Small said. “Hopefully that will end up happening. I’m going to do everything on my part every day to make it so.”