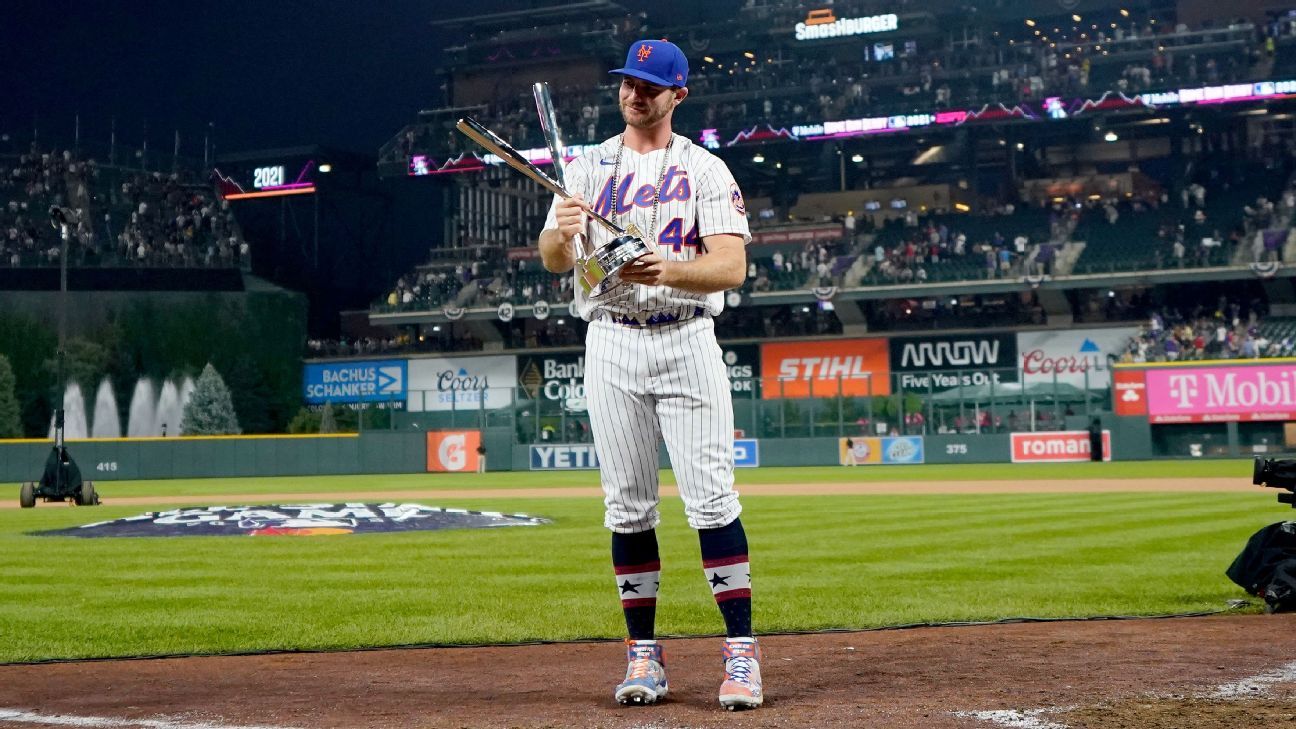 Alonso beat Mancini 23-22, hitting exactly the same number he needed to beat the Dominican. Vladimir Guerrero Jr.of the Toronto Blue Jays in the 2019 final at Progressive Field in Cleveland. Last year the event was not held due to the coronavirus.

The Mets’ “Polar Bear” is the third hitter to win consecutive Home Run Derby editions (Ken Griffey Jr. won two of his three trophies in 1998-99, while Yoenis Céspedes from Cuba did so in 2013-14). Alonso and Cespedes are the only ones to win in their first two appearances at the event.

Alonso reached the final eliminating the Dominican 16-15 Juan Soto, of the Washington Nationals. Mancini outplayed local hero shortstop Trevor story, of the Colorado Rockies, with a score of 13-12.

Soto eliminated the big favorite, the Japanese Shohei ohtani, the sensational two-way player for the Los Angeles Angels in a thrilling first round that required two overtime to define. The pair tied 22-22 at regular time and 28-28 in the first aggregate half, but the Nationals’ Dominican added three stakes, including one from 506 feet and the last one from 498 feet through center field, to advance to the second round.

In the first round, Alonso beat the Venezuelan receiver 35-28 Salvador Perez, of the Kansas City Royals, while defeating the first baseman 24-23 Matt olson, Oakland Athletics, and Story 20-19 to outfielder Joey galloof the Texas Rangers.

Despite favorable conditions at Coors Field, which is 5,200 meters above sea level and considered a hitters’ paradise, none of the contestants came close to the 91 home run record in a Derby, set by Guerrero Jr. two ago. years.