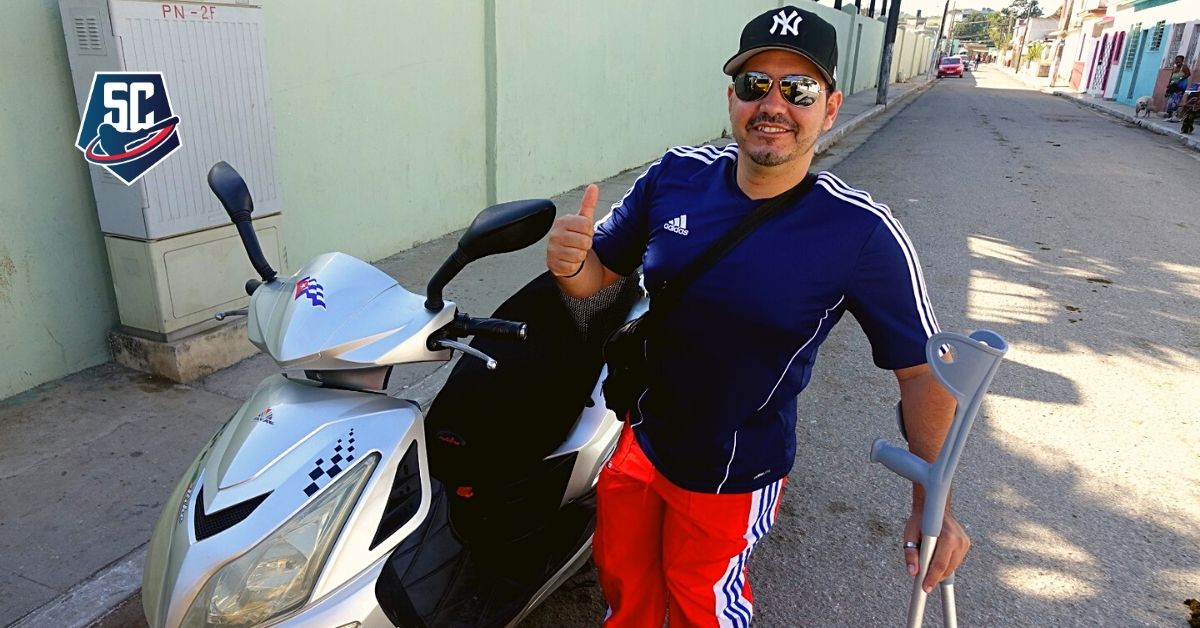 Death does not want to stop affecting Cuban baseball. Practically every week we have to write about the death of someone linked to our heritage sport. Whether they are known or prominent players, coaches, fans and journalists, in the end they are components of the ball game and at least for me the goodbye of any of them will not go unnoticed.

The most recent to join the unfortunate group of those who are no longer with us physically, a young man with whom I had a very good relationship for years, the same amount of time that he was battling against dissimilar health barriers until unfortunately couldn’t anymore.

Yoany Luis Carrazana from Matanzas not only transcended for his fidelity to Cuban baseball as a fan. That was just his first ties to the sport. Little by little he became involved with projects that were carried out in Matanzas until he became an activist, historian and finally President of the Palmar de Junco Hall of Fame Selection Committee.

He had also been elected in 2018 as leader of the Martí club of the same name of the anthological installation of the Pueblo Nuevo cast.

Despite the difficulties in walking without the help of his canes, Carrazana supported many events and initiatives in general related to our national pastime that took place especially in the well-known “Athens of Cuba.”

It is also worth noting that the painful condition that he had inside did not prevent him from organizing the 2021 voting of the aforementioned Yumurino Hall of Fame (not to be confused with the national one that was discontinued after 2014).

In a conversation with the Director of Palmar de Junco, my friend Elena González, she gave me other details that were not included in her public message that helped many of us find out about this misfortune.

Yoany had been waging that war for a long time to stay alive until he couldn’t resist anymore. His body was veiled this morning and later cremated. A representation of his baseball people was there, especially the group led by Elena, who told me that in the future exaltation that is made, there will be no lack of posthumous tribute to one of his mainstays.

As I said when Leo Menéndez died, I know that there may be those who downplay this news since Yoanys is not a transcendental figure in baseball. However, everything he contributed to baseball beyond going to the stadium to applaud is something that does not deserve to remain anonymous or forgotten.

It may interest you: Pstergaron exaltation of the Palmar de Junco Hall of Fame

If we add to this that in that passion his health complications were left aside many times in order to collaborate with whatever was needed, then everything that is done in his honor takes on greater importance and fairness.

My condolences to his family and friends as a close person who was close to him, first as a follower of the work we did with history through Béisbol de Siempre and then from social networks, and later as another colleague whom I respected for his criteria. and actions in favor of the ball.

Cuban baseball cries with the loss of another faithful son.

Thank you for everything you’ve done.