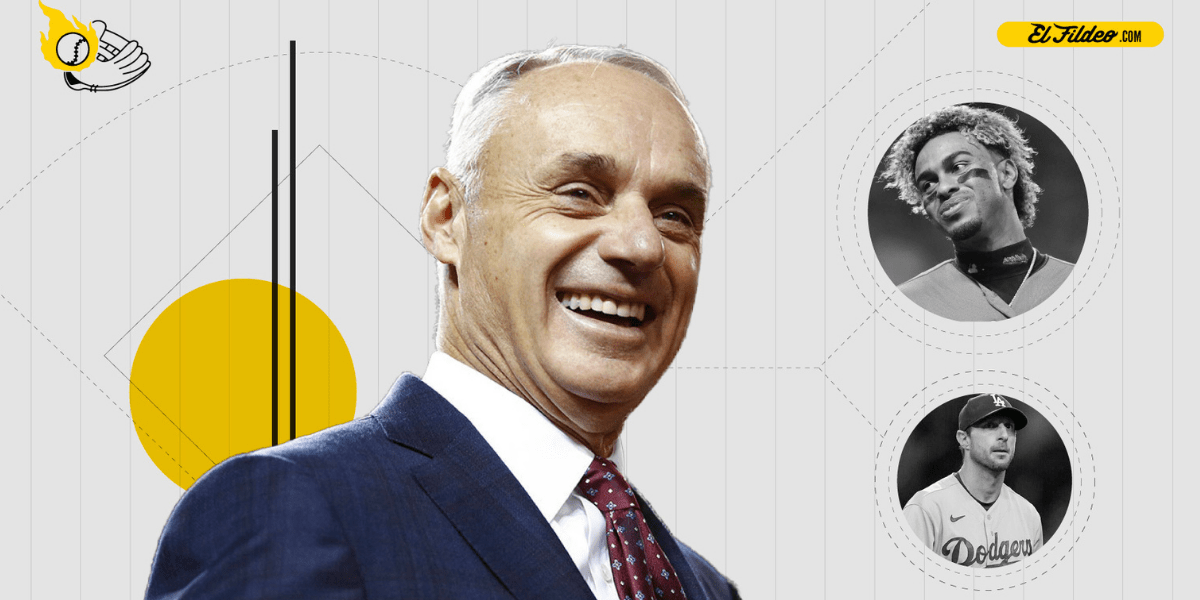 Before submitting its latest final proposal to the Players Union, 4 MLB team owners voted against it for being too generous with the demands of the players.

One of the toughest issues in the negotiations between MLB and the Players Union – and why right now we are without Spring Training and without a date for Opening Day – it has been the luxury tax (CBT).

What is Rob Manfred laughing at?

Sources close to the negotiations between both parties assured that if they presented the famous last offer, the 30 owners of MLB held a zoom meeting to vote on whether or not they agreed with the offer: 4 of them voted against it because they believe it is “very generous” to players, particularly in the luxury tax o Competitive Balance Tax (CBT).

The final proposal of MLB was the following:

According to the source, more owners said they would vote against it if MLB’s proposal starts with a luxury tax greater than $220 million dollars. The main problem? The $220 million was not enough for the Union, which will not accept an initial proposal of less than $230 million.

“At homeowners meetings in Orlando, Florida, last month, an attendee said some homeowners pledged “not to raise a dime” on the threshold. CBT current $210 million,” SNY reported.

To be clear, these are the figures that Players and the Union ask for in the CBT:

The owners continue to claim financial difficulties, but they do not show their income books. In the last 5 years MLB has received $43 billion dollars in revenue. Except for the short 60-game 2020 season, in each of the last five years, MLB made $9.5 billion or more.

Owners also believe they made significant concessions by accepting expanded 12-team playoffs instead of 14, which was the initial offer from MLB.

What is the Luxury Tax (CBT) in MLB?

CBT translates as Competitive Balance Tax, but is better known as Luxury Tax.

The CBT Here’s how it works: Teams have a predetermined limit amount of money to spend on their payroll. If teams exceed this limit they must pay a tax, which increases when organizations exceed the payroll threshold in consecutive years.

MLB uses this system as a way to keep teams competitive, however players believe that, in practice, it works like a salary cap.

But why? Because it’s an easy excuse for owners when players and even fans demand they invest more in the team. The higher the luxury taxthe more opportunity organizations have to buy more expensive players or increase the value of their players’ signatures.

We do not want to be pessimistic, but in these negotiations no one is going to give in