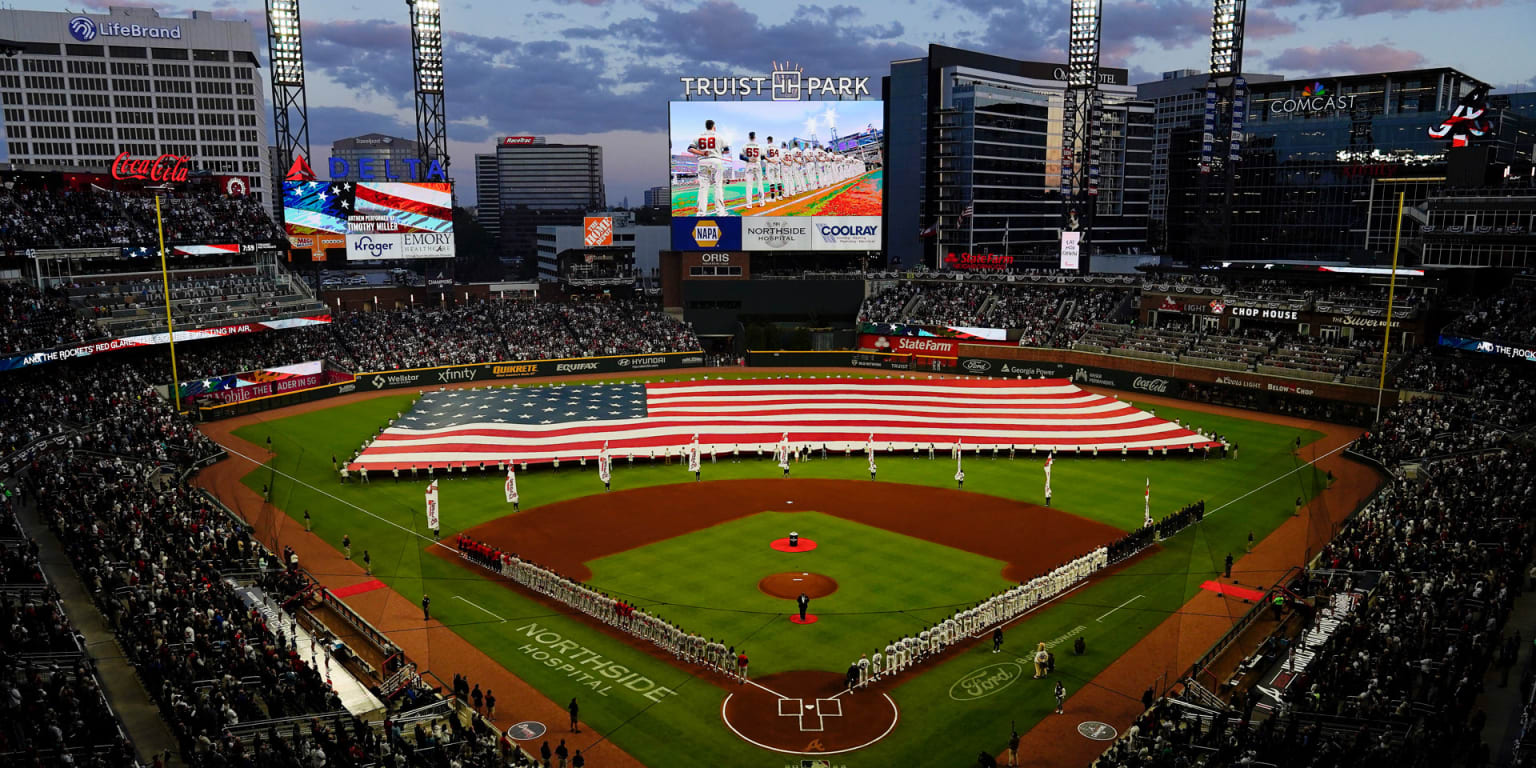 Andrew McCutchen had the first hit of the year, a shot off the dry ivy on the wall at Wrigley Field. He did it as a designated hitter in the National League. and carrying a Roberto Clemente number 21 patch.

A little later on the opening day of the season, Nico Hoerner hit the first home run of 2022. He homered off a pitcher wearing an electronic bracelet that receives signals from the catcher.

Minutes later, in another stadium, the Cleveland Guardians took the field for the first time.

A new season, and definitely a new image throughout the Major Leagues.

And no one seemed to care if Thursday’s weather wasn’t exactly summery.

“It could be cold, it could be windy. But it’s opening day,” Mary Welsh, a Cardinals fan from Belleville, Illinois, said before St. Louis hosted Pittsburgh at Busch Stadium.

In Atlanta, the Braves celebrated their World Series championship with a pregame parade. At all parks, umpires will be able to be heard, joining umpires in other sports who let fans know the decisions they make after reviewing the replay.

More than eight months after announcing the trade, Cleveland played its first regular-season game under the Guardians name. Known as the Indians since 1915, the team renamed itself as a gesture to promote social justice.

After midday games at Yankee Stadium and Target Field were postponed due to weather conditions, the Brewers-Cubs game was the first of the season.

McCutchen doubled in the second inning for the first hit of the season, then singled and scored in the fourth to score the first run. McCutchen, 35, the 2013 National League MVP, was Milwaukee’s designated hitter.

As part of the labor agreement, the National League permanently adopted the designated hitter, after the American League has used it since 1973. The old circuit implemented the measure during the pandemic-reduced 2020 season, but returned to its usual format. with the pitcher in the batter’s box last season.

McCutchen is one of several active players who have won the Roberto Clemente Award and who will wear the number 21, the same number that the Puerto Rican Hall of Famer wore, on the back of his cap and helmet for the rest of his career. .

MLB noted that it is a “special tribute to his enduring legacy.” The announcement coincides with the campaign to commemorate the 50th anniversary of Clemente’s death in a plane crash while he was traveling to Nicaragua to deliver humanitarian aid.

“It’s a privilege and an honor,” said Dominican Nationals slugger Nelson Cruz, the most recent winner of the Roberto Clemente Award. “He means so much to baseball, in general. He was a role model of how to be a professional on and off the field. A remarkable player and human being who lost his life trying to help others.”

“He paid the highest price, and whatever we do is not enough,” he concluded.