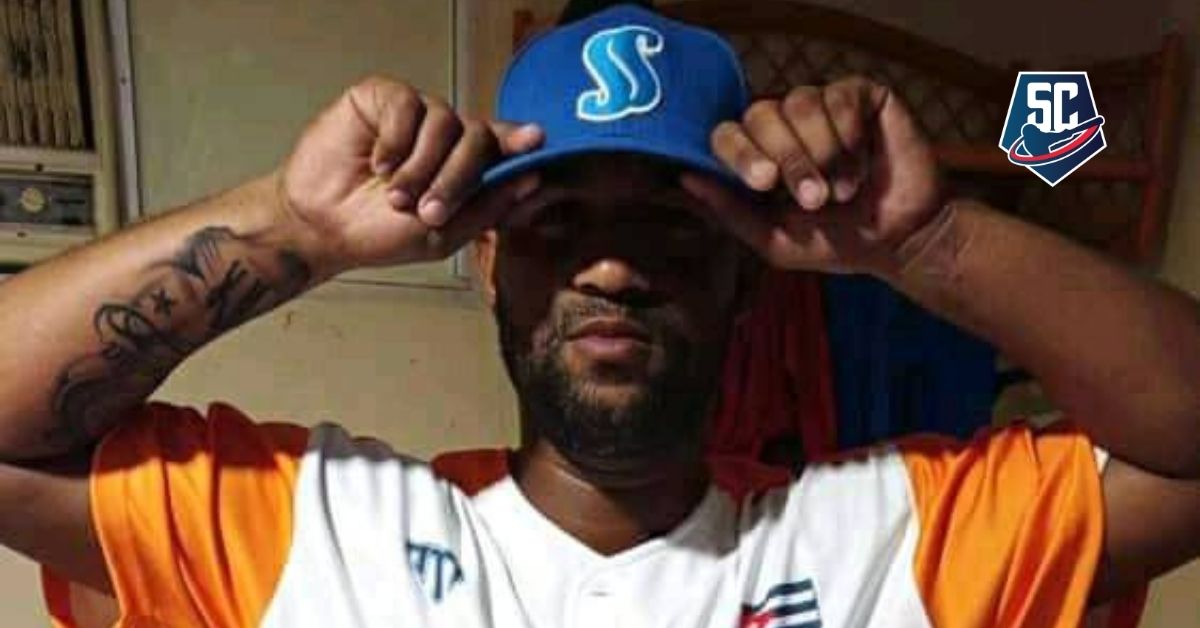 the capital Alexis Miguel Varona is a talented Cuban baseball player eager to play in the National Baseball Series. After shining in the lower categories on the Island, even forming part of several Cuban teams, he decided to leave his native country in search of a signature in American professional baseball.

To try to fulfill her goal, Varona left for the Dominican Republic in March 2016, barely 17 years old, but after four years of effort without obtaining the signature, perhaps due to poor management by her representatives and a bit of bad luck, he returned to Cuba in November 2020.

It may interest you: FIND OUT: Marcell Ozuna and his wife WERE IN THE NEWS AGAIN

Since then, the talented infielder from Havana, only 23 years old, decided to insert himself into the Cuban baseball system to develop as a baseball player and debut in the National Series with the team that was interested in his services. Obviously, his greatest interest was to wear the colors of the Industriales team, but when he was discarded from the preselection of the capital, he tried his luck in the cast of the Gallos de Sancti Spíritus.

Combining his own talent, the offensive prominence in the preseason and the significant casualties suffered by Eriel Sánchez’s troops for Series 61, Varona was included in the official yayaberos roster for this season, something that, without a doubt, constitutes an important step for him.

However, despite this, the one marked with number 4 in the Roosters team has not yet been able to debut in Series 61 because his repatriation papers are not yet ready, an essential element to join the main sports event on the Island. , in accordance with the provisions of the competent authorities.

According to sources assured Swing Complete, Varona has been in this process for more than half a year and its procedure seems to be turning on the same axis, with no apparent immediate solution, a situation that has caused discomfort in the fans of the group, to the point that one of them , Miguel Mel Medina Felipedecided to publish on his Facebook profile an open letter to the Sancti Spiritus and national baseball authorities, demanding a solution to the Varona case.

To the Sancti Spíritus Commission:

We ask the fans of the Yayabo roosters team to please go to Havana and solve the case of Alexis Varona, a baseball player from the capital that Eriel Sánchez brought, and if he is here it is because he is needed by the team. We have seen him playing in the preparation blocks and he is a completely dedicated athlete, if you are interested in him, decide, the fans are crazy to see him play and surely he is too.

It is because of cases like Alexis’s that they later say “I only lasted here for a year.”

We have to support, help these boys that the only thing they have done a lifetime is give themselves to baseball. I cannot conceive of thinking that a young talent who is on the Roosters’ payroll is missing the season for just one authorization, one signature. Because there is no doubt in anyone’s mind that the team misses us a lot, that’s enough since every year is the same.

Then we ask ourselves: “Why did that baseball player leave the country and why did he leave our delegation?” Everything is simple: because we do not help them, because many prefer to do evil and not good.

By way of conclusion, I would like to tell you that the fans of baseball in Cuba and in Sancti Spíritus. We need a response to the case of Alexis Miguel Varona Núñez.
Hopefully these words reach the National Baseball Commission, as well as the Provincial Commission of Sancti Spíritus and all its directors go these humble words.

I also wanted to communicate to colleague Nelson Ventura, Baseball Commissioner in the province, that we need an answer, we need your help, your support. Varona is missing in the team.

Hopefully everything will be resolved in these days.
The fans of the roosters want a solution with the case of Alexis.
WE DON’T WANT MORE WORDS, WE WANT SOLUTIONS.
THE PEOPLE SUPPORT YOU ALEXIS, WE ARE WITH YOU.

We hope that the corresponding authorities do not turn a “deaf ear” to this claim and seek an immediate solution to this matter.