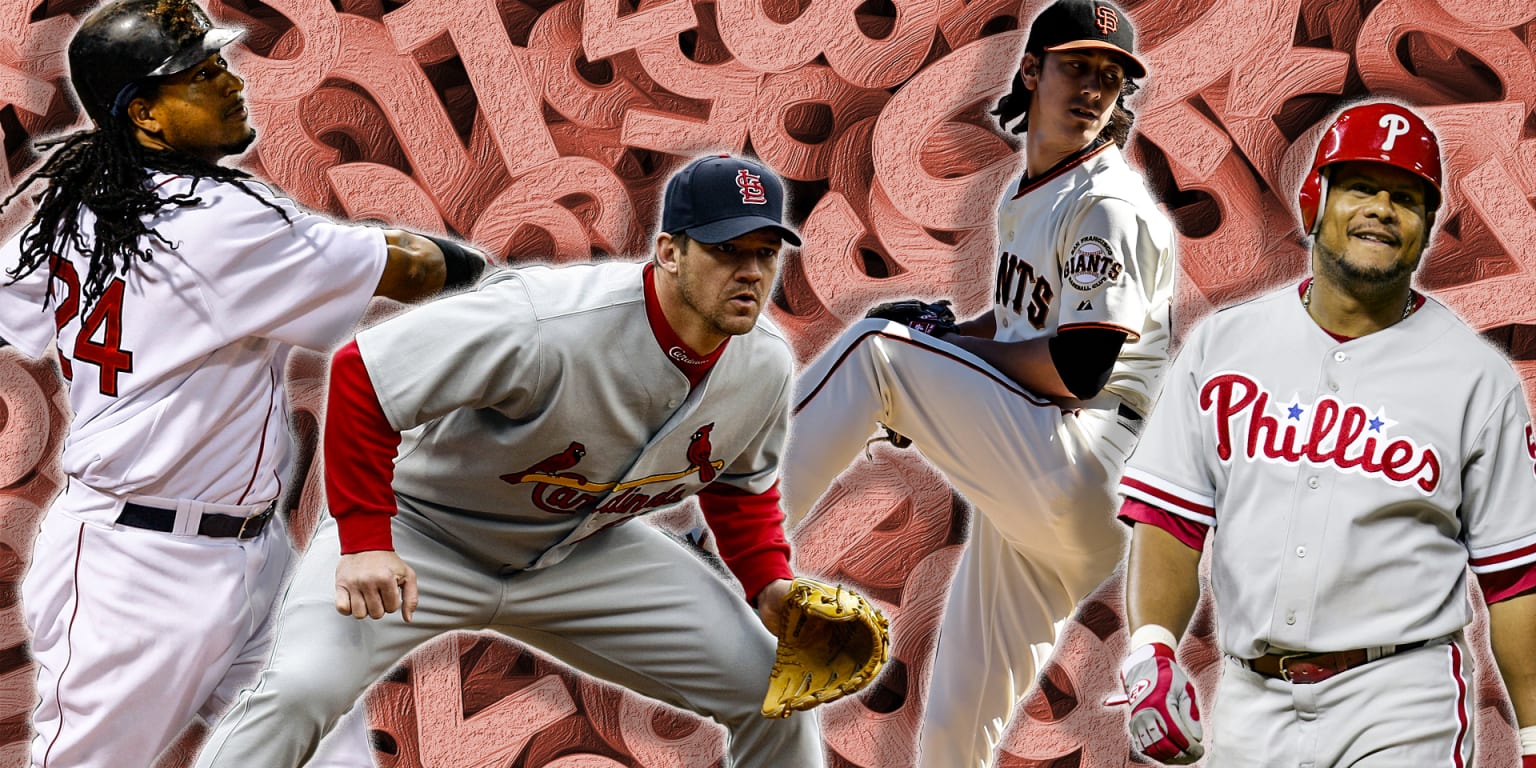 There are 30 candidates on the ballot for the Major League Baseball Hall of Fame in its 2022 edition. Not all 30 have a legitimate shot at being inducted, of course, but each of them had an extraordinary career. They wouldn’t have been on the ballot if they hadn’t.

With that in mind, and almost a month after the North American Baseball Writers Association (BBWAA) announced the results of the vote on January 25, let’s review a statistic to highlight for each of these 30 candidates.

Bobby Abreu: The Venezuelan is one of just six players in history with at least 250 home runs and 400 stolen bases, joining Craig Biggio, Barry and Bobby Bonds, Rickey Henderson and Joe Morgan.

Roger Clemens: One of just three pitchers to win seven Cy Young Awards since this recognition was first awarded since 1956.

Carl Crawford: Since 2000, he’s ranked second in MLB in triples (123) and fourth in stolen bases (480), with his seven seasons with at least 45 scams ranking second only to Juan Pierre in that stretch.

Todd Helton: Helton is one of five sluggers since 2000 to produce four seasons (2000-04) in five seasons with at least 160 OPS + – a statistic that fits the park. The others are Bonds, the Venezuelan Miguel Cabrera, the Dominican Albert Pujols and Mike Trout.

Ryan Howard: In the 2006 season when he was named NL MVP, Howard hit 58 home runs and produced 149 runs. The only other two players to reach both records in the same season? Jimmie Foxx, Babe Ruth and the Dominican Sammy Sosa.

Tim Hudson: An expert at forcing hitters to ground out in an era when home runs ruled, Hudson gave up just 0.71 home runs per nine innings over the course of his career. It’s the lowest rate of 65 pitchers with at least 2,000 innings pitched since 1995.

Torii Hunter: His nine Gold Gloves earned as a center patrolman, which came in a row (2001-09), are the fourth most of all time, behind only Griffey, Andruw Jones and Willie Mays.

Andruw Jones: Regarding statistics Total Zone Runs meaning, which measures the number of runs above or below the average a player deserved on defense, Jones’ 253 runs above the average rank second only to Brooks Robinson among all players.

Jeff Kent: Kent’s 351 career home runs are the most all-time for a second baseman, after breaking Ryne Sandberg’s previous record by a 74-homer margin.

Tim Lincecum: “The Freak” is the only pitcher to win the Cy Young Award twice in his first three MLB seasons, accomplishing the feat in 2008-09.

Joe Nathan: His five seasons with at least 35 saves and an ERA below 2.00 are the most for any pitcher other than Mariano Rivera.

Jonathan Papelbon: He is one of four pitchers to allow no runs in any of his first 17 postseason appearances, having limited opponents to a .339 OPS in that 26-inning stretch.

Jake Peavy: When the right-hander won the Cy Young Award for the National League in 2007, he also took the Triple Crown for Pitching after leading the Old Circuit in wins (19), ERA (2.54) and strikeouts (240). Clayton Kershaw, Randy Johnson, Dwight Gooden, Steve Carlton and Sandy Koufax are the only other National League pitchers to accomplish that feat since 1940.

Andy Pettitte: No pitcher in history has more postseason starts (44), innings pitched (276.2) or wins (19) than Pettitte, who saw playoff action after each of his first nine MLB seasons.

AJ Pierzynski: Only six receivers in history have squatted behind the plate for more innings than Pierzynski (16,335.1), who started more than 100 games there 14 times.

Manny Ramirez: The only gunners to rack up more plate hits than Ramirez (9,774) and post a higher OPS (.996) are Bonds, Babe Ruth and Ted Williams.

Scott Rolen: He never played any position other than third base in his career. That includes the BD. All of his 17,479.1 innings on defense came in the hot corner, where his 140 Total Zone Runs they occupy the sixth position.

Jimmy Rollins: In the 2007 season in which Rollins was named MVP by the National League, he became the only player in history to have a season with 20 3s, 30 home runs and 40 stolen bases.

Curt Schilling: The right-hander led his league in strikeout-to-walk ratio five times – all beginning in his 34-year-old season. His collective 6.5 K / BB rate over that stretch is by far the best in history for a pitcher with at least 700 innings at the age of 34 or older.

Sammy Sosa: His 425 total bases in 2001 is the seventh-best single season total in history and the most for any player since Stan Musial amassed 429 in 1948.

Omar Vizquel: The only player to appear as shortstop in the modern history of both leagues after his 45th birthday, Venezuelan Vizquel accumulated 266 at that position after his 40 years of age. About the same amount for any other player of that age combined, since 1950 (292 games).

Billy Wagner: In his 13 seasons with at least 30 appearances, Wagner never posted an ERA above 2.85. His lifetime ERA of 2.31 ranks second only to Panamanian Mariano Rivera among pitchers from both leagues with at least 750 innings in the Live Ball Era, while his 0.998 WHIP ranks first in that group.

One feat for every candidate for the Hall