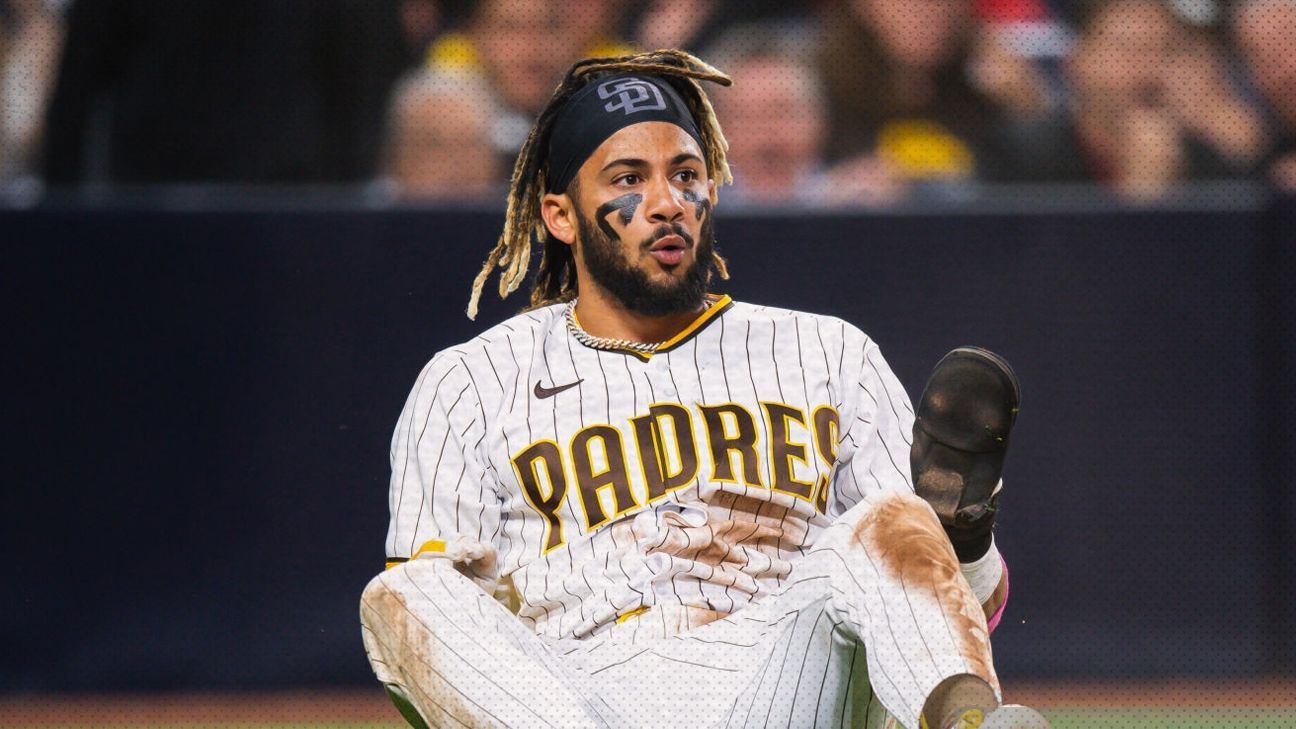 SAN DIEGO – A season-ending shoulder surgery for the San Diego Padres star shortstop, Fernando Tatis Jr., is “on the table” if his condition doesn’t improve enough over the next 10 days, according to manager Jayce Tingler.

The Padres placed Tatis on the 10-day disabled list Saturday, a day after he partially dislocated his left shoulder for the third time this season.

The Padres announced the move before their 5-3 loss to the Colorado Rockies. Tingler said after the game that Tatis Jr. would be evaluated in 10 days.

The Padres said Tatis Jr. underwent an MRI on Saturday morning and has instability and swelling in his left shoulder.

“We were under the very realistic possibility that once it comes out and back in, there is a very good possibility that it will repeat and continue to happen,” Tingler said. “We certainly understand the risk and with the understanding that certainly with the sweep yesterday, he ended up in an awkward position like that, there was a possibility of that happening.”

San Diego also placed the right Chris paddack in the IL with an oblique injury.

Tatis, the NL’s starting shortstop in the All-Star Game, was injured Friday night as he clumsily swept to third base in the first inning against the Rockies. He was in pain when Tingler and a trainer took him off the field.

Tingler said Tatis Jr. was “a little more sore than other times he’s had the mishap in the past.”

The Padres, who are third in the NL West and control the second wild-card spot, keep their fingers crossed that electrifying 22-year-old Tatis Jr. returns in 10 days.